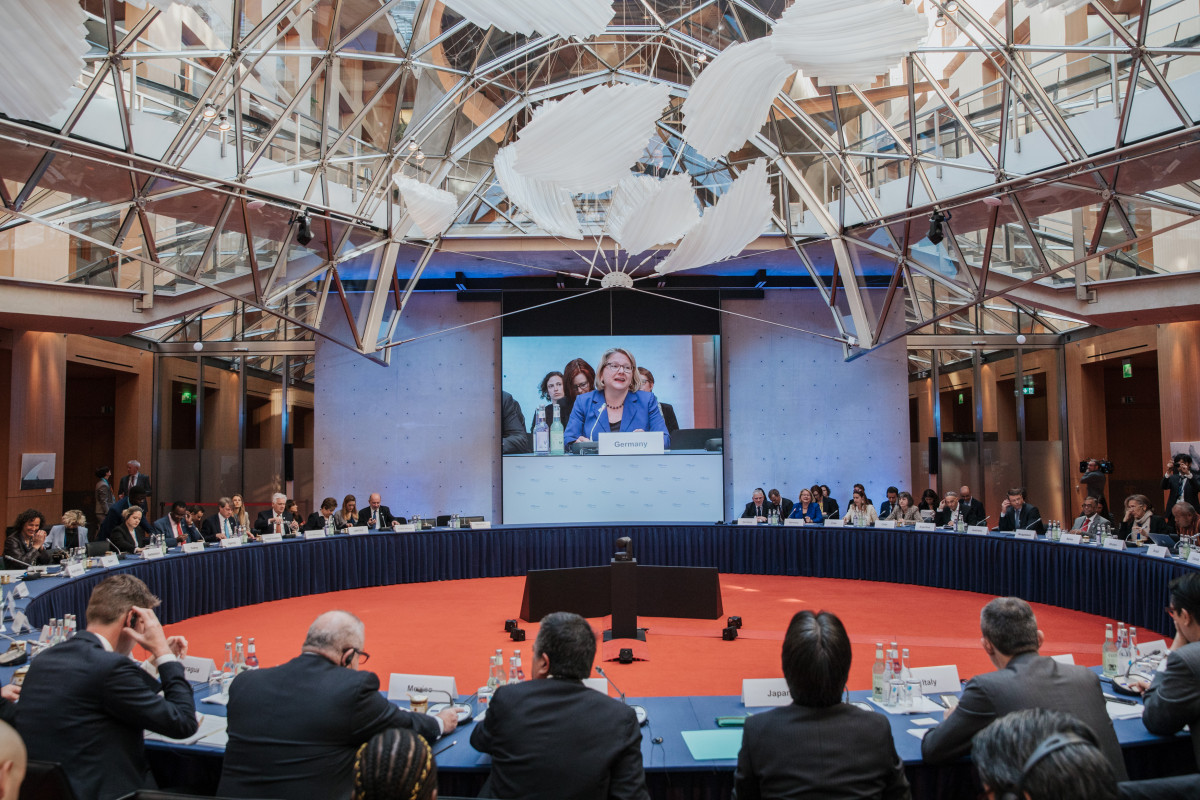 Implementing the Paris Agreement means that countries have to have more ambition on a national level and the same is true for the European Union, Germany’s environment minister Svenja Schulze said at the opening of the 10th Petersberg Climate Dialogue in Berlin. After Germany had managed to reach a compromise on the phase-out of coal, the next big debate would be on the potential introduction of a CO2 price – something which should ideally be pursued on an international level but due to time constraints now must be tackled nationally, Schulze said.

The European Union should rethink whether the bloc’s climate action contributions to fulfill the Paris Agreement are sufficient, Germany’s environment minister Svenja Schulze (SPD) said in Berlin. “The year 2019 marks a new phase in international climate action. In the future, the focus will shift away from negotiating new rules to implementing climate action,” Schulze said. In the case of Germany, this means that the country must present a “strong climate action law” by the end of the year, Schulze said at a press conference before 35 states opened negotiations on how to advance international climate action and prepare the next UN Climate Conference COP25 in Chile in December. Negotiations in Chile must ensure progress on international market mechanisms, Schulze said. “There mustn’t be double counting, climate cannot be protected through arithmetic tricks.”

While Germany is very interested in international cooperation on the issue of carbon pricing, for now Berlin is pursuing a national solution, Schulze explained. A European reform aimed at incorporating sectors such as transport, agriculture and buildings into the existing Emissions Trading Scheme (EU ETS) is “very complicated and could take a long time,” Schulze said, arguing that due to pressure to meet its 2030 emission reduction targets, the country cannot afford to lose 4-5 years pursuing such a reform. Her own concept for a carbon price is in the making and would be based on three principles: effective climate action; constitutional soundness; and causing no disadvantages to low-income households or commuters.

Although Chancellor Angela Merkel (CDU) said last week that she would not support an initiative by several European countries to achieve carbon-neutrality by 2050 because this didn’t match Germany’s own targets, her environment minister said she would “consider it very sensible to support this initiative” and she personally would want Germany to reach net-zero emissions by the middle of the century.

Germany’s government is under pressure to complete a package of measures and legislation that will ensure greenhouse gas reductions of 55 percent by 2030, so as to avoid target failure and costly payments for emission allocations under the European Union’s effort-sharing regulation. Merkel’s grand coalition has promised to introduce legislation needed for Germany to reach its 2030 climate targets by the end of the year. Environment minister Schulze has called for a framework Climate Action Law and presented a first draft in February. It was heavily criticised by the conservatives (CDU/CSU), who instead call for introducing climate legislation step by step. After shying away from the debate for a long time, the governing parties and Chancellor Merkel herself have recently announced their willingness to look into CO2 pricing as a way to help Germany reach its 2030 climate targets. However, the actual concept – be it a CO₂ tax or a cap and trade system – is heavily disputed, with environment minister Schulze favouring a tax reform and the many conservatives a carbon market approach.