"Nuclear power wouldn't have stood a chance - even without Chernobyl"

The mass protests in the 1970s and 1980s (which occured again in 2011 - picture) are the main reason why Germany was not going to have new nuclear power plants, says Karena Kalmbach from FU Berlin. Photo: iSTock [Nullplus].
On 26 April 1986 a nuclear meltdown at a Soviet reactor in today’s Ukraine sent radioactive particles across Europe and shockwaves through the political debate over nuclear safety. 30 years on from the Chernobyl accident, Germany is in the process of phasing-out nuclear energy. Other European countries have taken a different path. The Clean Energy Wire (CLEW) spoke to Karena Kalmbach from Freie Universität Berlin who researches European perceptions and reactions to Chernobyl. 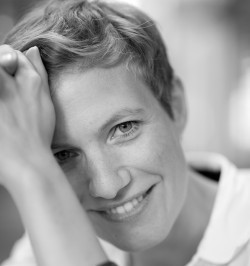 CLEW: Germany first established its environment ministry following Chernobyl – how did other European countries react to the accident?

Karena Kalmbach: The foundation of the environment ministry was the result of organisational chaos that occurred between the different German states after Chernobyl. Otherwise, reactions in Western Europe were quite similar in the days following the accident. The general tenor was that Chernobyl was too far away to have an immediately dangerous impact and that this sort of accident couldn’t happen here, because reactors in the Soviet Union were of a different type. What made the reaction in Germany special was the federal system, with ministries of different states offering different advice, some saying that radioactive fallout could pose a health risk, and proposing various measures, such as not eating fresh salad or changing the sand in play grounds. The fact that such policies differed among German states and regions led to a widespread debate about the risks implied in this fallout. This dynamic didn't occur in France and Britain because they have more centralised government structures. Thus in France, it was rather the look across the Rhine to Germany that sparked a debate about Chernobyl fallout in France, but not different official reactions within France. After 1986 it became clear how different countries processed the event. In Germany Chernobyl became a symbol of the demand for a nuclear phase-out, in France a symbol for distrust in central government. And in Britain it isn’t a symbol at all.

Why was Chernobyl perceived so differently in those countries?

Anti-nuclear protest has always had different targets in Germany, the UK and France. British anti-nuclear protests were mainly directed at nuclear weapons, against the missiles in the UK but also the arms race of the Cold War. Chernobyl was bad, but nothing compared to what could happen with the weapons in their country – that was the general attitude.
In France, where the protest was directed against domestic nuclear power stations, it was less for safety reasons than very fundamental criticism of the centralised French state and its elitist ruling class. This feeling was strengthened in 1986, when the government stressed that there was no dangerous Chernobyl fallout affecting French citizens. When in the second week of May 1986, the head of the French radiation protection service presented the maps that showed the radiation rates that had occurred in France, French media jumped on this topic and speculated that the government and state agencies had purposely misinformed the French people about the fallout in order to protect the French nuclear programme. This 'affair Chernobyl' resulted in the fact that to this day, the French people feel their government lied to them about Chernobyl.
In Germany, the anti-nuclear protests were mostly against the technology itself and the way it was governed. The protests attracted a lot of left wing groups and even the church joined in. A famous 1977 book called “The Nuclear State”, linked using nuclear power to dictatorship, which it suggested was necessary to keep such dangerous technology safe. With recent experience of a dictatorship this was something most of German society didn’t want to see again.

So, the German people didn’t feel misinformed by their government after Chernobyl?

Of course people were unsettled and scared – particularly parents with small children – and sought out information to understand whether their health was in danger. But because at this point Germany had already had such a widely reverberating anti-nuclear movement this information was available from various sources – to the point where people went out with their own Geiger counters to measure radiation. So the German people started off with a different level of knowledge when Chernobyl happened, and didn’t have the government as the only source of information as in other countries.

Was Chernobyl the beginning of the end of nuclear energy in Germany?

I am actually surprised that 30 years later, it is portrayed like this. I think Chernobyl was less of a catalyst for debate in Germany than in other countries. In Germany, the anti-nuclear movement was already incredibly strong in 1986. The biggest battles against new nuclear power stations and reprocessing plants had already been fought. So the German public was extremely sensitive to the news about Chernobyl, because the topic had already been debated and there was a lot of awareness of nuclear terms such as “Becquerel” and “Sievert”. Chernobyl was taken on board by saying, “We’ve always told you it could happen.” It wasn’t so much a surprise as a confirmation of what had been talked about for years. In other countries it was more of a surprise, like “Oh, it can happen!” – quickly followed by “but obviously not here.”
But nothing really happened in Germany immediately after Chernobyl – no power stations were shut down and no nuclear phase-out was official decided upon. It wasn’t until the government of Social Democrats and Greens came to power in 1998 that Chernobyl became a political argument for a nuclear exit within the federal government. By referring to Chernobyl, the government was able to appeal to very widespread, shared memories and feelings among the people about the threat of nuclear power.

Does that mean Germany would have had its nuclear phase-out even without Chernobyl?

I suppose it would have required other symbols instead. But I certainly don’t believe that after the mass protests against the power station projects in Whyl and the plant in Brokdorf any other new plants would have stood a chance in the long run – even without Chernobyl. The debate and movement in Germany was already too strong. But I still think Chernobyl provided the anti-nuclear movement with an important symbol that was easy to use politically. Compared to the accident in Fukushima, Germans all have very similar memories of Chernobyl and what it means.

What do you think of the common perception that Germans panicked after Chernobyl and Fukushima, and that the nuclear phase-out is largely due to the country’s technophobia?

I always struggle to ascribe panic to a whole society. There is no evidence this happened in Germany – after Chernobyl or Fukushima. Sure, people worried about their health and especially the health of their children, but this is nothing you can call a 'panic reaction'. If people in general had developed a direct fear of nuclear plants in consequence of Chernobyl or Fukushima, power plants or fuel rod factories wouldn’t exist anymore in Germany. But they do – even with the nuclear phase-out officially in place. The so called German “atom angst” is a very interesting phenomenon. It widely manifests itself in demonstrations or “Nuclear power – no thank you” stickers on cars. But it does not keep the country from drawing heavily on nuclear technology. As in many other countries, people living near a nuclear facility often don’t have a problem with it, not least because it is their workplace. Even if those further away might be critical, they do not live in daily fear. And there is another phenomenon we must bear in mind when speaking of “atom angst”: Often, domestic power plants are considered less of a problem than those abroad. The British see plants across the Channel in France as dangerous and Germans mainly worry about reactors near their borders with France and Belgium.

Your research also looks at the hunt for a final nuclear repository in Germany – how does the “special” German relationship with nuclear energy influence this process?

The process is characterised by a high level of mistrust on both sides – the anti-nuclear movement and power station operators. And both sides see themselves as the victim. The utilities feel they have been victims of an irrational anti-nuclear protest turned into state politics, and the anti-nuclear protestors feel they have been victims of the powerful utilities and pro-nuclear policies for years. Neither side wants to give way, and it is very difficult to get them to talk to each other to find a constructive solution. In other countries this debate is much less emotional – the idea of offering a community money to agree to store the waste is not condemned as bribery straight away like in Germany. One could say the special relationship Germany has with nuclear power is now making the search for a final repository for radioactive waste particularly difficult. The only way out might be generational change – once younger people, who have not fought this “civil war” of the 70s and 80s themselves are calling the shots the discussion might become more calm and pragmatic.

Read a CLEW factsheet about the history of Germany's nuclear phase-out here.