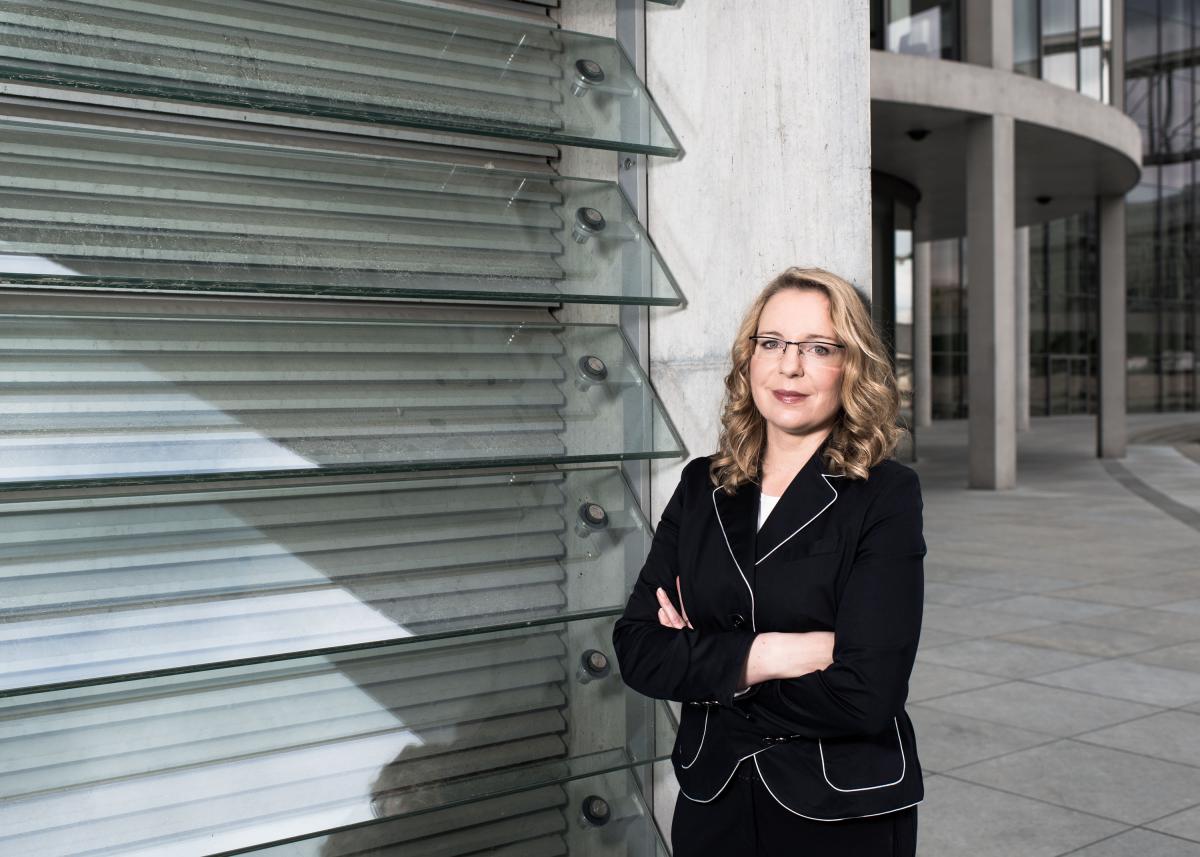 Claudia Kemfert is an energy economist at the German Institute for Economic Research (DIW). Photo: Uwe Aufderheide
Germany enters 2018 without having found a new government, a situation that casts a cloud over all of the country’s major policy endeavours including those dealing with energy and climate. But irrespective of the unprecedented difficulty in forming a government, the Energiewende will continue to be one of Germany’s central policy projects. Whether the country can still reach its imperilled 2020 carbon emissions reduction targets and what this means for the future of coal-fired power production is set to be at the heart of the energy transition debate. The Clean Energy Wire has asked climate and energy professionals about their view on Germany’s agenda 2018. In this article, Claudia Kemfert, energy economist at the German Institute for Economic Research (DIW), says she fears for the country's reputation.

CLEW: Which topics or events are going to shape German energy and climate policy in 2018?

Claudia Kemfert: The most pressing topics are the start of a coal phase-out, how to deal with the diesel scandal, decreasing particulate matter emissions in cities, and how to reach the [national] emissions reduction targets by 2020. In 2018, it is likely that the new government will decide to implement a coal commission to establish a coal phase-out, with the nuclear phase-out as role model, and establish guidelines for reaching emissions goals in all sectors.

Do you think that Germany can achieve its self-imposed goal of reducing its greenhouse gas emissions by 40 percent by 2020 compared to 1990 levels? What needs to happen to achieve the target or to at least come close to achieving it?

Emissions in Germany rise while they should be declining. Emissions reduction goals are unlikely to be met without a coal phase-out starting now, and renewable energy expansion increases more intensively. There is no clear plan to reduce emissions in the transportation, industry and building sector. The target can only be met if the oldest and most inefficient coal power plants are shut down immediately. If they are not met, the electricity market will remain extremely inefficient and send the wrong signals. Germany loses economic opportunities as well as credibility and its reputation on a political level.
The longer climate protection is postponed, the higher the economic costs and disadvantages for the whole economy will be: in the electricity sector, with a coal share that is too high and creates market distortions, oversupply, high emissions and renewable energy targets that are too low. In the transport sector, we’re missing out on economic changes and losing competitiveness with respect to other car-producing nations. In addition, the costs for health care increase due to high pollution from fossil fuels, especially coal, and from vehicles.

What are the most pressing energy and climate policy issues that have to be tackled in 2018?

The energy transition just got started and needs a further increase of renewable energy instead of caps. The maximum capacity of renewable energy auctioned or promoted should be increased. Furthermore, the maximum emissions budget of the electricity sector is 2000 million tonnes of CO2. That allows for only eight years of unchanged “carry on”. A quick start of a coal phase-out should be carried out in three stages by 2030. First, the oldest and most inefficient coal power plants should be shut down. Second, the maximum capacity of coal power plants should be reduced. Third, the full phase-out should be finished by 2030.
The whole process should be accompanied by setting up a coal commission which examines the changes in economic structures and identifies perspectives for climate-friendly jobs. Also, a sustainable transformation of the transportation sector is urgently needed, as emissions need to be reduced and the car industry has to be made ready for the future. A quota for electric vehicles is necessary, accompanied by infrastructure investment for charging stations and the promotion of railroad transport.
Moreover, the diesel tax relief should be disposed of. This could create eight billion euros in additional tax revenue which could be spent on infrastructure or the promotion of more climate-friendly fuels. The start of a coal phase-out is likely, but a ramped up renewables expansion and an earnest transformation of the transportation sector are both rather unlikely if the Green Party is not going to be part of a new government.