Renewables could supply emergency power during blackouts in Germany

Grid Renewables Security
The energy transition has profound implications for Germany's preparations for an "unlikely but possible" large-scale power blackout, civil protection experts say. While renewable energy sources could replace fuel depots as an emergency reserve, the increasing reliance on electricity for transport and heating could aggravate the consequences of a major power cut. Also, the energy system's ongoing digitalisation could make it more vulnerable to cyber attacks. But Germany's civil protection office is confident that more experience in the shift to renewables can bolster the system's safety.

The transformation of Germany’s energy system towards a higher share of decentralised renewable power sources could reduce the country’s dependency on fossil fuels during a large-scale blackout. “Emergency power could be increasingly provided by renewable sources”, Peter Lauwe of the Federal Office of Civil Protection and Disaster Assistance (BBK) told the Clean Energy Wire .

Lauwe said solar panels and wind turbines that provide power for consumption in their vicinity could in the future gradually replace diesel and petrol depots as Germany’s emergency fallback option in the event of a major and long-lasting power cut.

He added that this would necessitate the sophisticated management of decentralised sources, which for now does not exist. “But we are confident that this will change in the next years”, he said at a conference on the organisational reform of Germany’s emergency fuel supply scheme in Berlin.

Lauwe explained that storage capabilities for renewable power played an important role in the BBK’s long-term scenarios, although it was difficult to predict how the technology will develop in the future. “Right now, it doesn’t look like batteries will be able to cover large-scale demand in the foreseeable future”, he explained. “But other technologies, such as power-to-gas, could mature more quickly, and enable us to reduce our dependence on fuel reserves in emergencies”, he said.

The BBK, Germany’s central government organisation for ensuring safety of the population and coordinating relevant tasks and information in emergencies, has released new guidelines for Germany’s authorities on how to cope with a prolonged large-scale blackout. The handbook for civil protection and crisis management units “closes a major gap” in the organisational procedures, and specifies how to ensure a timely provision of emergency fuels to critical infrastructure facilities, such as hospitals, police stations, fire departments, state institutions, and telecommunication hubs, the BBK says.

The BBK said a large-scale blackout in Germany was “very unlikely but not impossible”, which is why authorities had to work out how the potentially “catastrophic consequences” of such an event could be prevented.

If a major blackout did occur, however, it could pose a substantial threat to public safety after about eight hours, as during that period fuel reserves for emergency generators in critical infrastructure facilities could be depleted, Frieder Kircher of the Berlin Fire Department, who was involved in the handbook’s development, said. “Preventive measures must commence no longer than two hours after the incident”, he said.

National fuel depots are obliged to store enough reserves to uphold basic supplies for 90 days, but the problem rather lied within transporting the fuel “on the last mile”, Kircher explained. The new guidelines ensure that cooperation and legal aspects between authorities and private oil companies, as well as technical requirements for depots, are improved, he added. 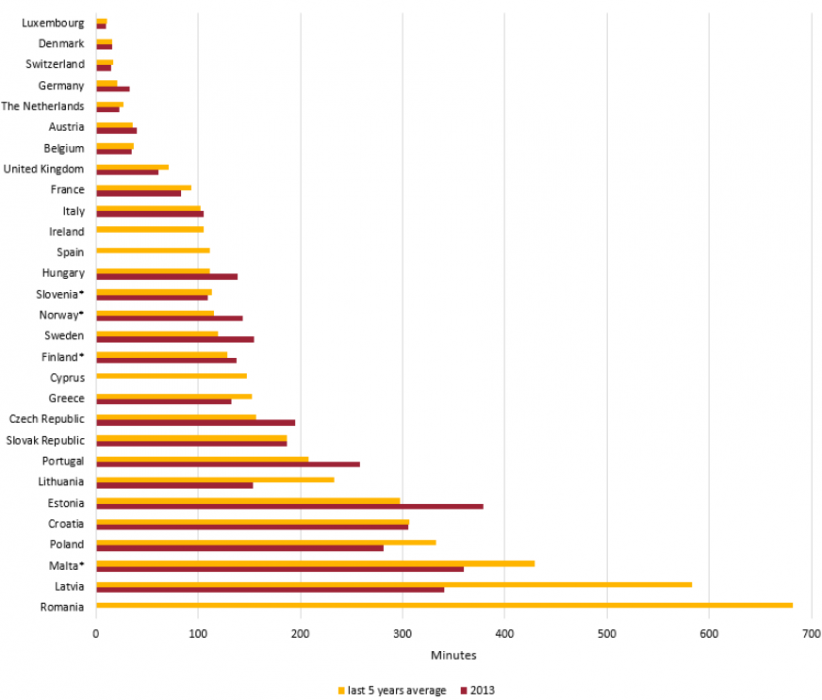 Germany’s power system is among the most stable in the world, and average outage time has constantly decreased over recent years, as figures compiled by the Federal Network Agency (BNetzA) show. In 2016, the average German power consumer faced 11.5 minutes without electricity per year, almost half a minute less than in the previous year, and nearly four minutes less than in 2013.

BBK President Christoph Unger told the Clean Energy Wire that the ongoing shift to electricity as the primary energy source increased the country’s reliance on an uninterrupted power supply.“We increasingly rely upon electricity, which means that the effects of a large-scale blackout are set to become more severe in the future. Today, almost everything relies on electricity and digital systems. And if these are not available, we have a problem”, Unger said.

The BBK president said that physical destruction of the country’s energy infrastructure, for instance caused by natural disasters or criminal and terrorist attacks, remained the greatest contributing factors leading to blackouts.

The increasing use of digital tools also made the energy system more prone to cyber attacks, and the transformation of Germany’s energy system towards intermittent renewable energy sources added further risks. “A high number of grid interventions to stabilise the system, partly due to the growing share of renewables, means that we face more uncertainties.” [See the CLEW dossier The digitalisation of the Energiewende for background]

However, Unger said this was part of a learning curve and risks were likely to subside as experiences with new energy sources grow and technological capabilities progress. Figures provided by the federal grid agency showing that grid stabilising measures decreased significantly in 2016 seem to confirm this assessment. Unger added that climate change and global warming were also increasingly important factors in the BBK’s risk assessment, as extreme weather events, such as heavy rains, posed a threat to energy infrastructure.

The BBK president said that renewables could in the future fully cover Germany’s energy needs in emergencies. “Someday, we will no longer need fuel depots.”