Preview2018 - Merkel is "a master of announcements" - environment NGO 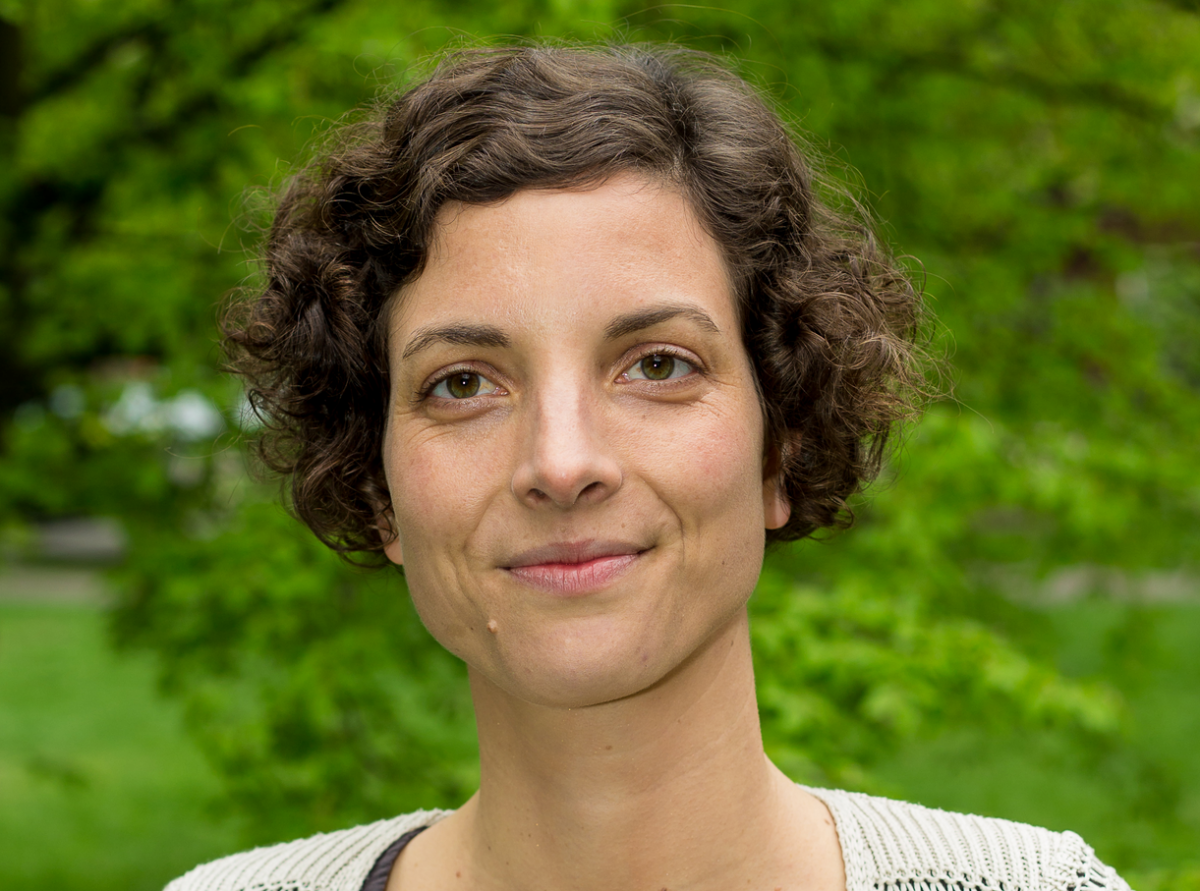 Tina Löffelsend is head of the BUND's international energy and climate policy division. Photo: BUND
Germany enters 2018 without having found a new government, a situation that casts a cloud over all of the country’s major policy endeavours including those dealing with energy and climate. But irrespective of the unprecedented difficulty in forming a government, the Energiewende will continue to be one of Germany’s central policy projects. Whether the country can still reach its imperilled 2020 carbon emissions reduction targets and what this means for the future of coal-fired power production is set to be at the heart of the energy transition debate. The Clean Energy Wire has asked climate and energy professionals about their view on Germany’s agenda 2018. In this article, Tina Löffelsend, head of environmental NGO BUND's international energy and climate policy division, says Chancellor Angela Merkel needs to bring her climate policy in line with her announcements.

Which topics or events do you think will shape Germany’s energy and climate policy in 2018?

The most important question is who will form Germany’s new government and what its energy policy will be like. Will the country stagnate, or will it finally make progress on exiting coal-fired power production, expanding renewable energy sources, and increasing energy efficiency? All this will depend on the new government’s climate policy ambitions.

The climate policy calculations underlying its decision-making processes will also be essential. The outgoing government has painfully demonstrated how the gaps in climate protection could be made to seem smaller than they actually are, while the impact of the planned measures was exaggerated – and only parts of them implemented.

Do you expect Germany to achieve its self-imposed goal of reducing greenhouse gas emissions by 40 percent by 2020 compared to 1990 levels? What needs to happen to achieve the target, or to at least come close to achieving it?

Germany will only meet its 2020 climate protection goal if it starts to act against the high share of its coal-fired power plants. Emissions from burning coal account for about one third of Germany’s total emissions – no other sector could save as much CO2 in such a short time. The gap projected for 2020 already stands at roughly 120 million tonnes of CO2. This is the amount of emissions that must be cut additionally, and coal must contribute up to 100 million tonnes, which would equal retiring 20 GW of the oldest coal capacities. But coal power plants could also be shut down partially and others just throttled down, which would be a favourable option if you look at it from a supply security perspective.

What will count in the end is that Germany achieves its 2020 target and that it initiates a coal exit, because otherwise none of its subsequent targets could be met. The fear that Germany may also miss its 2020 targets for energy efficiency and renewable energy expansion is part of the same problem. Chancellor Angela Merkel is a master of climate policy announcements, while Germany is still the master of burning lignite. This needs to change. Both Merkel’s and Germany’s tarnished climate policy image must urgently be repaired.

The most important energy policy challenges are the swift closure of coal-fired power plants in order to reach the 2020 goals, and the drafting of a roadmap for a coal exit that also includes a realistic transition plan. Secondly, the expansion path for renewable energy must be broadened substantially, especially for onshore wind power and solar PV. And third, these policies must be buttressed with effective measures to improve energy efficiency and encourage energy conservation.

Exiting coal is the single most important climate and energy policy objective of all – and probably also the one that is still challenged the most. Politicians of the conservative CDU/CSU alliance don’t shy away from calling Germany’s climate targets into question. Meanwhile, the SPD resorts to old reflexes whenever the IG BCE mining union comes up with just another absurd prediction that German industry is nearing its end. The German public appears reluctant to subscribe to this opinion, but it continues to wield influence among policymakers due to intense lobbying.

The next German government must overcome these vested interests, or else it will see its climate and energy policies go up in smoke. What’s at stake here is an agenda for the successful transformation of economic structures in the country’s coal mining regions and a just transition for the affected workers. But first a binding coal exit roadmap must be developed and adopted. In absence of this, new funds for coal regions can hardly be justified.

The introduction of a cap on renewable energy expansion through the auction mechanism has been a disastrous decision for the Energiewende, particularly for onshore wind power. The expansion cap, in its current form of fixed annual auction volumes, is far too tight to enable the country to reach its climate targets and to cope with the emerging electrification of transport, heating, and industry - a process known as sector coupling. Sector coupling is an aim that all parties subscribe to, even if they are not the most fervent defenders of the climate. But they don’t draw appropriate conclusions, namely to at least double the auctioned volumes for onshore wind and solar PV.

It continues to be essential to use energy more efficiently and to reduce overall consumption. The total number of required installations will be smaller, which will help accelerate Germany’s Energiewende while also being more environmentally friendly – and not least save us all a lot of money. It’s actually quite puzzling why efficiency doesn’t get off the ground since no one is opposed to it – unless we talk about binding measures, such as new energy standards for buildings. This ongoing failure shows that we need an Energy Saving Act coupled with well-funded and coordinated accompanying measures.