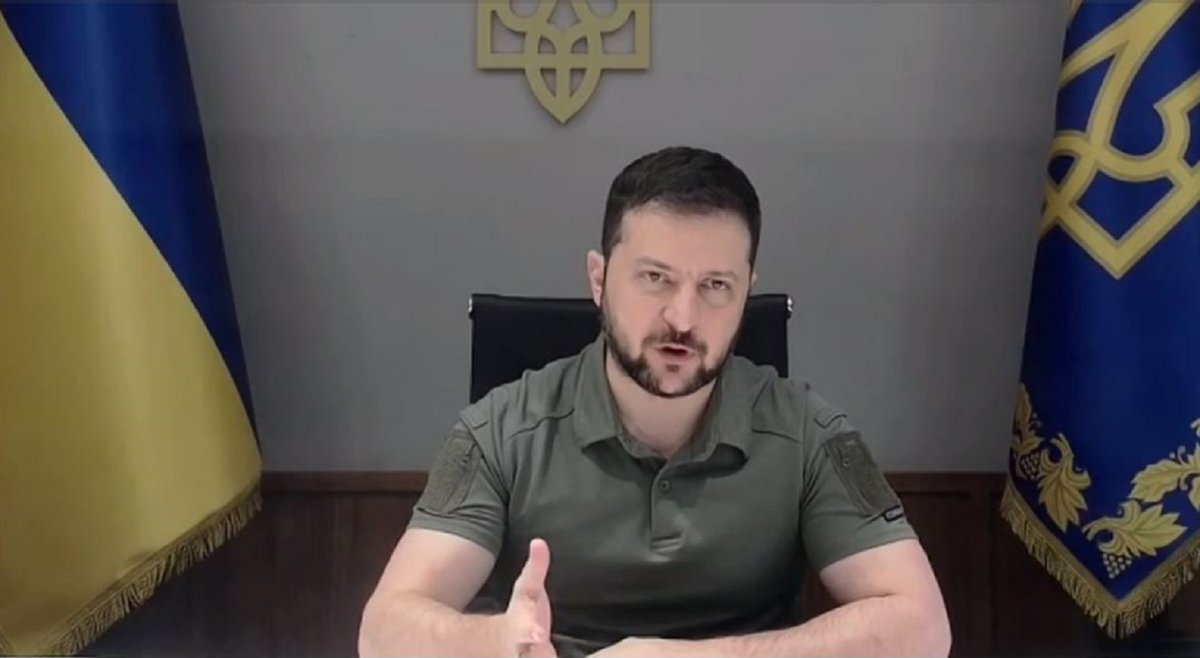 Energy exports to western Europe are one of the pillars a future Ukrainian economy could rest on, Germany’s chancellor Olaf Scholz and Ukraine’s president Volodymyr Zelenskyy said at a conference in Berlin on the war-torn country’s financial assistance needs to rebuild its economy. Renewable energy sources could be used to replace part of Russia’s reduced exports to Europe, but Ukraine will need continued financial aid and international investments to fend off the Russian invasion and lay the groundwork for a modernised post-war industry, Zelenskyy said. Scholz and European Commission leader Ursula von der Leyen both reiterated that they view Ukraine as a future EU member, urging investors to help put the country on a path to full EU accession. At a bilateral German-Ukrainian business conference held on the day before, German companies said they are ready to expand their activities in Ukraine. 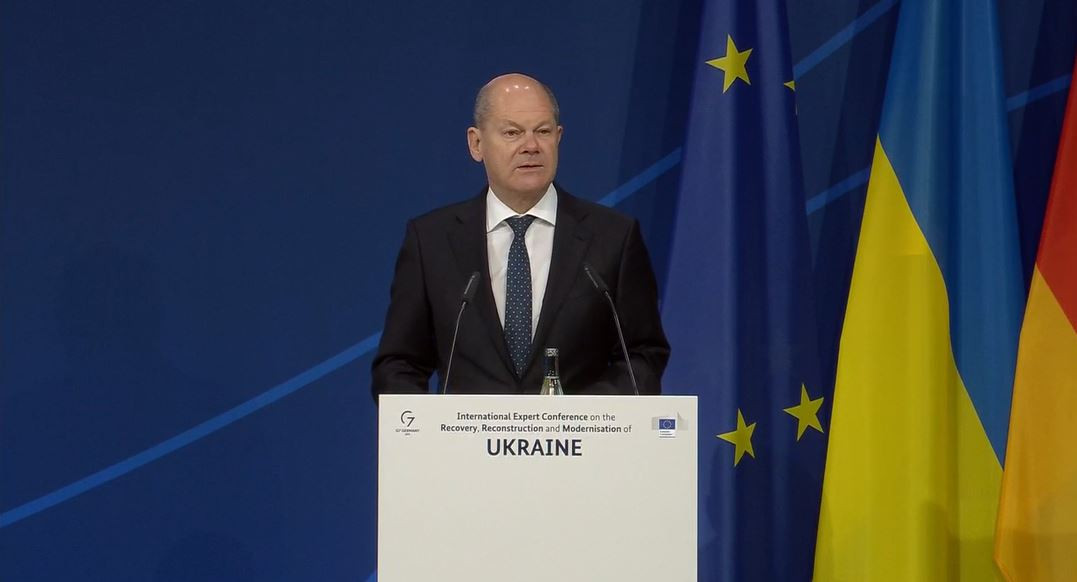 Exporting energy generated with renewables will play a major role in reconstruction plans for Ukraine, government leaders have said at a conference on international assistance for the country whose economy has been heavily damaged by its ongoing fight against Russia’s invasion. German chancellor Olaf Scholz and Ukrainian president Volodymyr Zelenskyy said exports of gas, hydrogen and renewable energy will form one pillar of the country’s rebuilt economy. However, building a modernised economy as well as sustaining the defence against Russia would heavily depend on investments from western Europe and other allies of Ukraine, they added.

The international conference in Berlin in the framework of Germany's G7 presidency followed a bilateral German-Ukrainian business forum a day earlier, on 24 October, where chancellor Scholz had promised Germany would support Ukraine “for as long as this is necessary” and representatives of Germany’s industry stated many companies are ready to ramp up investments in the country. The bilateral conference was held for the first time since Russia’s invasion and came after months of criticism of Germany’s close economic ties with and dependence on Russia. The chancellor and business leaders in recent months have repeatedly said that support for Ukraine is firm despite mistakes made in the past and the current challenges for Germany’s economy due to the energy crisis fuelled by the war on Ukraine.

What Ukraine needs now “is nothing less than a new Marshall plan for the 21st century,” chancellor Scholz said, referring to the large reconstruction programme financed by the U.S. to rebuild Europe after the Second World War. But simply repairing damaged infrastructure and industry facilities in the former Soviet republic should not be the aim of international financial assistance efforts. “Let’s not focus on reconstructing of what once was,” Scholz said, arguing that the goal should be to modernise industries and make Ukraine a rewarding target for investments in clean energy and digitalisation. Support for Ukraine must happen in a transparent and coordinated manner to maximise external help, chancellor Scholz said.

Identifying the sectors that are in most urgent need of funding and how long-term investment projects can be implemented would have to be done now to have solutions available in time, he argued. Reconstruction in the energy sector would mean that Ukraine’s energy system “must gradually be re-installed in a climate neutral way,” Scholz said. The country would fulfil all the conditions not only to become a corridor for energy in the future but also to become an exporter of green energy in its own right, a goal for which the first cooperation agreements between German and Ukrainian energy companies had already laid the groundwork. The two countries now have the chance to establish “an economic and transformation partnership that goes deeper and further than everything we’ve done so far.”

"Those who invest in Ukraine invest in a future EU member"

Scholz earlier had said that Ukraine’s elevation to EU candidate status had not been a merely symbolic gesture but rather an important signal to investors that there is a long-term commitment by the EU to stabilise its eastern neighbour. “We’re serious about this offer, including all of its consequences: We want Ukraine to be part of the EU,” the German chancellor said. President Zelenskyy said this meant that “those who invest in Ukraine invest in a future EU member,” adding that his country could “start giving back once we’ve defeated Russia” by aligning with the west’s legal and economic standards.

At the conference in Berlin, European Commission president Ursula von der Leyen, reiterated the bloc's intention to grant Ukraine the status of full member of the EU, stressing that this will require financial commitments from Europe and beyond.  “It’s more than one country can provide alone – we all have to work together,” von der Leyen argued, adding that “investments into Ukraine are investments into democracy.” Together with Scholz, the EU head had announced the idea of a "Marshall Plan" for Ukraine in a guest article for the Frankfurter Allgemeine Zeitung published on the weekend before. However, von der Leyen and the German chancellor stopped short of making any concrete financial reassurances to the government in Kyiv.

Hans-Ulrich Engel, CFO at chemicals producer BASF and deputy leader of the German Eastern Business Association, said it would be a mistake to wait with making reconstruction decisions until the war ends. “Many of the companies active in the Eastern Business Association are ready to get engaged in Ukraine,” Engel said. He argued that currently the focus should be on ensuring stable electricity, heating and water supply for Ukrainian households during the winter and that companies in Germany should stock up their in-kind transfers to the country to assist in reconstruction efforts. In the longer run, it would be paramount to ensure that Ukraine retains its industry and that companies can continue production there. Laying the groundwork for applying the EU’s legal standards in Ukraine now could greatly accelerate subsequent reconstruction assistance, Engel added.

Ukraine’s prime minister Denys Shmyhal said that while recent World Bank estimates have gauged the country’s funding needs to be in the range of 350 billion U.S. dollars, the Ukrainian government now believes that the required sum is closer to 700 billion dollars. Shmyhal also said that the plan for Ukraine could not be to rebuild everything as it was before the war, but rather to think ahead and identify future opportunities. “There will be incredible opportunities in this process of transformation for European companies in energy, agriculture, defence, IT systems and many other areas.” Even though Russia currently tries to destroy Ukraine’s energy infrastructure, the country could in the medium run become a stable supplier of “clean energy” produced with nuclear power and renewables, Shmyhal said.