Ahead of the European Elections from the 23rd – 26th of May, organisers of the German Fridays for Futures see the election as a last chance to put climate at the top of the European Parliament’s agenda. “This election will have a decisive influence on the future of our generation and those to come,” Fridays for Future activist Nele Brebeck, a 20-year-old law student from Hamburg, told Clean Energy Wire. 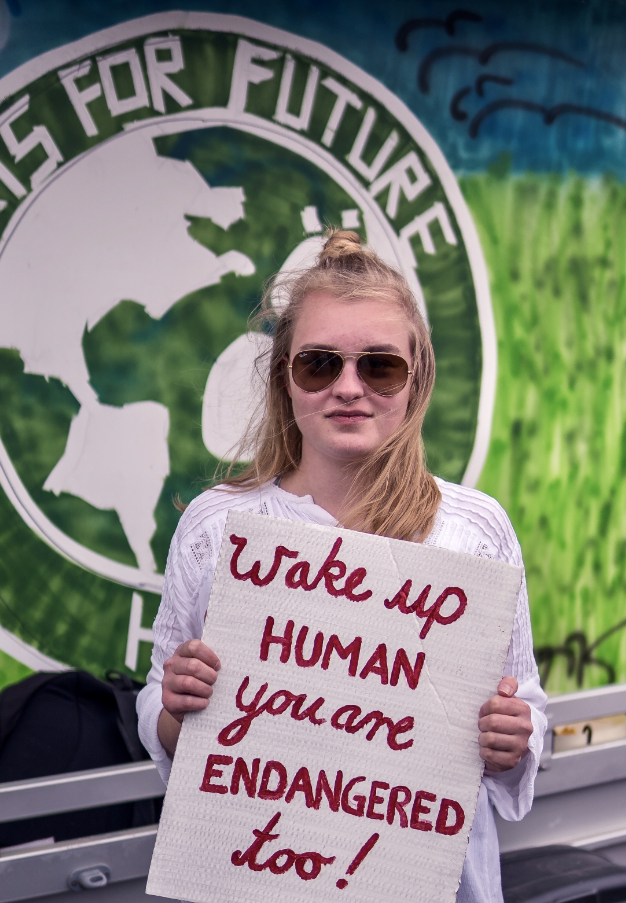 How is the demonstration on May 24th different from other Fridays for Futures demonstrations? Do you have a new message?

Nele Brebeck: Our message remains the same, namely that politics should adhere to the Paris climate agreement and the 1.5-degree target. The European elections are one of the last elections that can significantly influence whether the European Union will adhere to both. Climate protection must also be taken seriously at the European level in the future.

In your opinion, what do young voters need to know most about climate change?

It is important to know that this election will have a decisive influence on the future of our generation and those to come. EU-wide climate policy stands and falls with the politicians sitting in the European Parliament. If the majority there shares [outgoing EU Commission president] Jean-Claude Juncker's view that the climate crisis is just one of many issues, then we will hardly be able to prevent a climate collapse. What we need now are politicians who have understood the seriousness of the situation and recognise that the climate crisis must be treated with the highest priority as a catalyst for an extremely large number of new problems.

I can't say exactly whether it surprises me or not. On the one hand, neither Greta nor those of us here in Germany believed that the movement would take on this dimension. On the other hand, in 2018, climate change was strongly felt for the first time by many people: the summer drought in Germany, the massive forest fires in California, to name just two of many more examples. Furthermore, the IPCC report was published, which sent a pretty clear message: We must act now, soon it will be too late.

For me, it is absolutely incomprehensible how industry and business can still resist change

Two days after Germany’s Fridays for Future announced its official demands, the German climate cabinet started seriously talking about a carbon tax. Do you think a carbon tax will force businesses to act more responsibly?

Here in Germany, Fridays for Future published demands to politicians at the beginning of April. One of these demands was a CO2 tax of 180€ per tonne (Recommendation of the Federal Environment Agency UBA). I think we can’t cope with the climate crisis without regulatory intervention in the market economy. In addition, the CO2 tax can provide a good incentive to rethink, both socially and economically. In Sweden, for example, the tax has proven its worth.

What more should businesses be doing?

We must switch from fossil energy sources, which are already limited, to renewable energy sources and reach global net zero by 2050. The time has come to resort to climate-friendly alternatives and technologies that have already been developed and to invest massively in the development of new ones. Interestingly enough, business and industry are currently very reluctant to take radical action now, even though it pays off for them in the long run.

In Germany, industry is currently warning politicians against radical and ambitious climate targets; the background to this action is the German government's current consideration of passing a Climate Action Law that would reduce greenhouse gas emissions by 95% by 2050. For me, it is absolutely incomprehensible how industry and business can still resist change, even though science says very clearly that we need radical, ambitious changes.

How have you personally changed your life to reduce your carbon footprint?

Even before Fridays for Future, I changed my life to live more sustainability. For about three years I have only bought fashion that has been produced in a fair and sustainable way and I have been a vegetarian my entire life –for the last year I have been eating a mostly vegan diet.

The environment and nature as well as climate protection have always been very important to me and I have often tried to move people of my generation to rethink their actions – unfortunately often unsuccessfully. Today, these very people are running into me at demonstrations and I have the feeling that suddenly this topic is more accessible to many more people and they are beginning to give it more thought. Fridays for Future also gives me the feeling, for the first time, that politicians are taking our concerns seriously and that there is an awareness about this topic in all areas of society. This gives me a lot of hope, I have the feeling again that we can accomplish this.