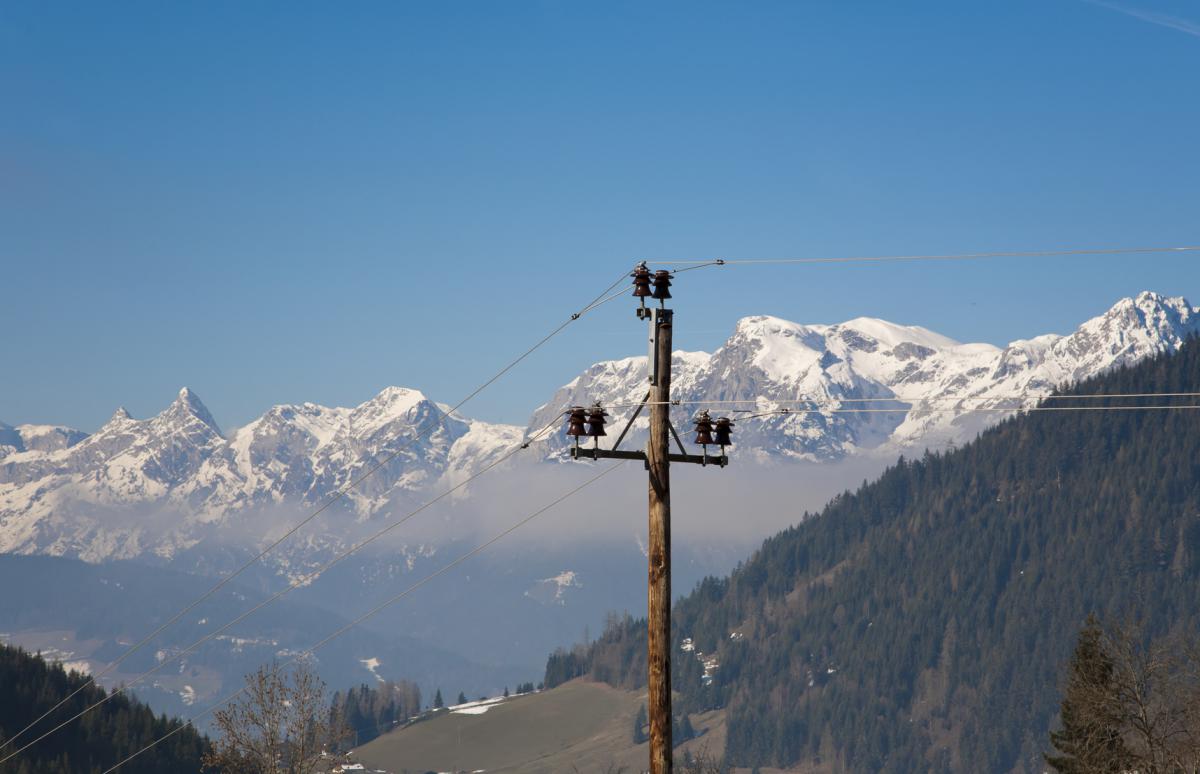 German grid agency welcomes the suggestion to split the Austrian-German power trading zone. Photo: © Spuno / Fotolia
UPDATE 24 Sept | The European grid regulator has recommended that the Austrian-German electricity trading zone should be partially disconnected. Countries including Poland and the Czech Republic have called for the split, to prevent excess power from north German wind farms overflowing onto their grids. The German grid agency welcomes the development. But the energy exchange EEX and German energy industry associations oppose the move, saying it will have an unwelcome impact on international electricity markets.

The European grid agency ACER has recommended that Germany and Austria’s common electricity market should be split at certain times because fluctuating renewable power from Germany is causing congestion in Eastern European grid networks. This would effectively bring an end to power being traded across the two countries at a common wholesale price.

The German-Austrian market zone, set up in 2002, is by far the largest cross-border market in Europe and has been regarded as an important step in the integration of European energy markets. But the infrastructure to facilitate electricity trading between the two countries has fallen short as Germany produces ever more fluctuating renewable power.

At times of high production – particularly from wind farms in the north of the country – wholesale prices tumble, and huge volumes of cheap German power are sold to Austria and other neighbouring countries. That has brought unwelcome side-effects for countries including Poland, Hungary, the Czech Republic and Slovakia.

The Polish grid operator URE asked the Agency for the Cooperation of Energy Regulators (ACER) to provide an assessment of the impact of the German-Austrian price zone on the electricity grids of its neighbours. ACER has concluded that the German-Austrian interconnectors were not sufficient to accommodate all traded electricity. Instead, power often flows through neighbouring countries. This phenomenon of physical flows that don’t follow trade patterns is called "unscheduled flows" or "loop flows".

A further impact is that grid operators have to reschedule power plants in Germany, Austria and even Italy to accommodate for these congestions. For example, the leakage of German power to neighbouring grids can leave the country’s industrial south short of power, meaning reserve fossil-fuelled capacity must be activated.

The German regulator Federal Network Agency (Bundesnetzagentur) said in a written statement that it "welcomed" ACER’s verdict. Even though the recommendation is not binding, the agency said that it would work on new rules and a "realistic implementation process". The Network Agency's Austrian counterpart, E-Control, added in a joint statement that alternatives to the common pricing zone would be "more efficient and effective".

Both agencies said that they would follow ACER’s request to consult with European neighbours and present possible solutions in the next four months. The German and Austrian regulators added that the common price zone could be split at the earliest before the winter of 2018/19.

But splitting the bidding zone would also have a massive impact on common German-Austrian electricity trading. German energy exchange EEX opposes the split, saying that cross-border markets are key to efficient trading and the market liquidity needed to integrate more renewable energy.

The Association for Energy Market Innovators (BNE) also warned against impairing the free trade of power. The association, which represents the interests of grid-independent energy suppliers and energy service companies in Germany, said the solution should be better grid infrastructure, and any split should only be a temporary measure.

Another critic is the German Association for Energy and Water Industries (BDEW). "We do explicitly not share ACER's assessment," said BDEW chairwoman Hildegard Müller on Thursday. Breaking up the German and Austrian price zone would thwart the target of shaping a single European power market. Moreover, it would lower the need for action of urgently necessary grid expansion in Germany, Müller said in a BDEW press release. During the consultation period that ACER has set until January 2016, network agencies and grid operators should come up with alternatives that take all aspects, such as lacking grid expansion in Poland and Czech Republic and the target of a single European energy market, into account, the BDEW demands.

An Austrian industry representative warned against rising prices for Austrian consumers, if they couldn't buy cheap electricity in Germany anymore.

Read a CLEW Dossier on Germany's energy transition in the European context here.