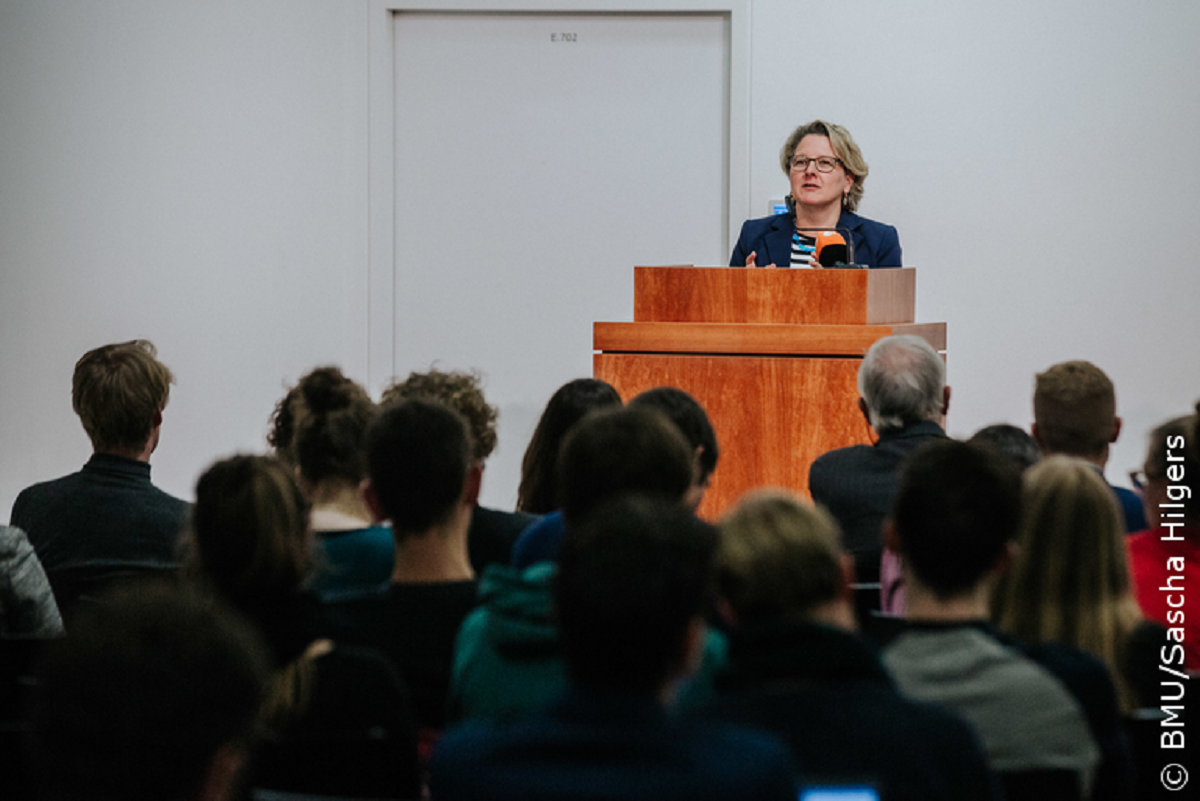 Germany's environment minister Svenja Schulze continued her push for a price on CO2 emissions, announcing plans to team up with fellow Social Democrat Olaf Scholz's finance ministry in order to prepare a concept in line with the German tax system. Schulze acknowledged that the idea had so far not gained support from the conservative coalition partners, chancellor Angela Merkel's CDU/CSU alliance. In her keynote speech about her priorities as minister, Schulze voiced optimism that the coal commission was on track to find a pathway to end coal-fired power generation in Germany. The finance ministry said there are no considerations to introduce a CO₂ tax or a new CO₂ price. [Update adds finance ministry quote]

Germany’s environment ministry plans to team up with the finance ministry to create a concept for a price on CO₂ emissions that would include sectors such as heating and transport, environment minister Svenja Schulze said in a speech laying out her priorities for the current legislative period. She clarified later that she could not give a timeline for the concept given the complex nature of the German tax system. Schulze, a Social Democrat like finance minister Olaf Scholz, said such a price was not part of the coalition agreement of the current government and the SPD’s coalition partners CDU and CSU had not signalled support for the idea.

The finance ministry has rejected Schulze’s plan. “There are no considerations to introduce a CO₂ tax or a new CO₂ price and to increase the burden on citizens,” said finance ministry spokesperson Dennis Kolberg at a government press conference.

“I am in favour of us creating incentives for businesses and citizens to emit less CO₂,” Schulze told the audience at Berlin's Humboldt University. “My proposal is that we make fossil fuels used for heating or transport more expensive and, in return, make electricity cheaper.” She noted that countries like Sweden or Switzerland had good experience with putting a price on CO₂ emissions.

So far, Germany has financed the switch to renewable energies solely through the electricity price, while heating and transport had been excluded, she said. The country of the Energiewende – the transition away from fossil fuels and nuclear energy – has managed to bring the share of renewables in power consumption up to 38 percent in the first nine months of 2018. Still, Germany is struggling to decide on an exit path for coal, and greenhouse gas emissions have remained stubbornly high – a trend that could be broken this year thanks to an especially warm and sunny year.

Schulze said that she does not aim to generate additional revenue through a carbon price. “Such a system must not lead to a net increase in the burden on citizens. It is about the steering effect.”

Schulze reiterated the her resolve to get a binding climate protection law passed 2019 and voiced optimism about the coal commission, put in charge of defining a pathway to end coal-fired power generation in Germany. A success of the commission would give the country the chance to show how to deal with structural economic change, said Schulze. “This is like with the Energiewende and the nuclear phase-out: many countries are looking very closely at us. They want to know how we can do it. For that reason alone we must not fail.”

The coal commission is due to publish its first proposal in time for the world climate conference COP24 in Katowice in early December. However, observers wonder if the current government of chancellor Angela Merkel (CDU) can muster the strength to push through ambitious climate and energy policy measures as all coalition parties are in turmoil after heavy losses in recent state elections.

50-year-old Schulze hails from the industrial heartland of North Rhine-Westphalia (NRW), where she served as state research minister. The Social Democrat (SPD) has been struggling to assert her policy positions against her federal cabinet colleagues from chancellor Merkel’s conservative CDU/CSU alliance – a situation illustrated during recent EU negotiations about more ambitious passenger car CO₂ emissions limits. Ahead of the EU environment minister meeting, Schulze publicly said she would find arguing for her government’s position “very difficult”, as it fell far short of what’s necessary to mitigate climate change. “I would have liked to go further here,” she said. [Read CLEW’s profile of Schulze New German environment minister faces steep uphill battle on climate]

In her speech, Schulze stressed that three main values would guide her fundamentally social democratic environmental policy: Acknowledging that the planet has “ecologic stress limits”, ensuring social justice by protecting all citizens and by not making environmental policy a project for the elites, and understanding the protection of the environment as an opportunity for innovation and growth.

Schulze has repeatedly brought up the idea of a price on CO₂ over the past months. Any new proposal could quickly run into resistance within the government cabinet. Economy and energy minister Peter Altmaier from coalition partner CDU has made clear he sees a general reform of Germany’s energy taxes and levies as a “poisoned” issue. Altmaier said the current government would not push for such an overhaul in this term.

Schulze said she would propose the CO₂ concept alongside the draft for a climate protection law, which the grand coalition decided to introduce in 2019 with the aim to enshrine emission targets for the individual economic sectors into law. The ministry recently told the Clean Energy Wire it would present a first draft by the end of 2018.

Schulze said she had asked other ministers to make concrete proposals for emissions reduction measures in their respective policy areas. The climate protection law would clearly define responsibilities and fix CO₂ reduction targets for each sector. Should the target be missed, the ministry which was responsible for the sector, would have to pay the price, said Schulze.

As Germany misses its binding EU target of cutting emissions from sectors not included in the EU's emission trading system (ETS), it will have to buy emission rights from other countries for the period of 2017-2020, said Schulze.