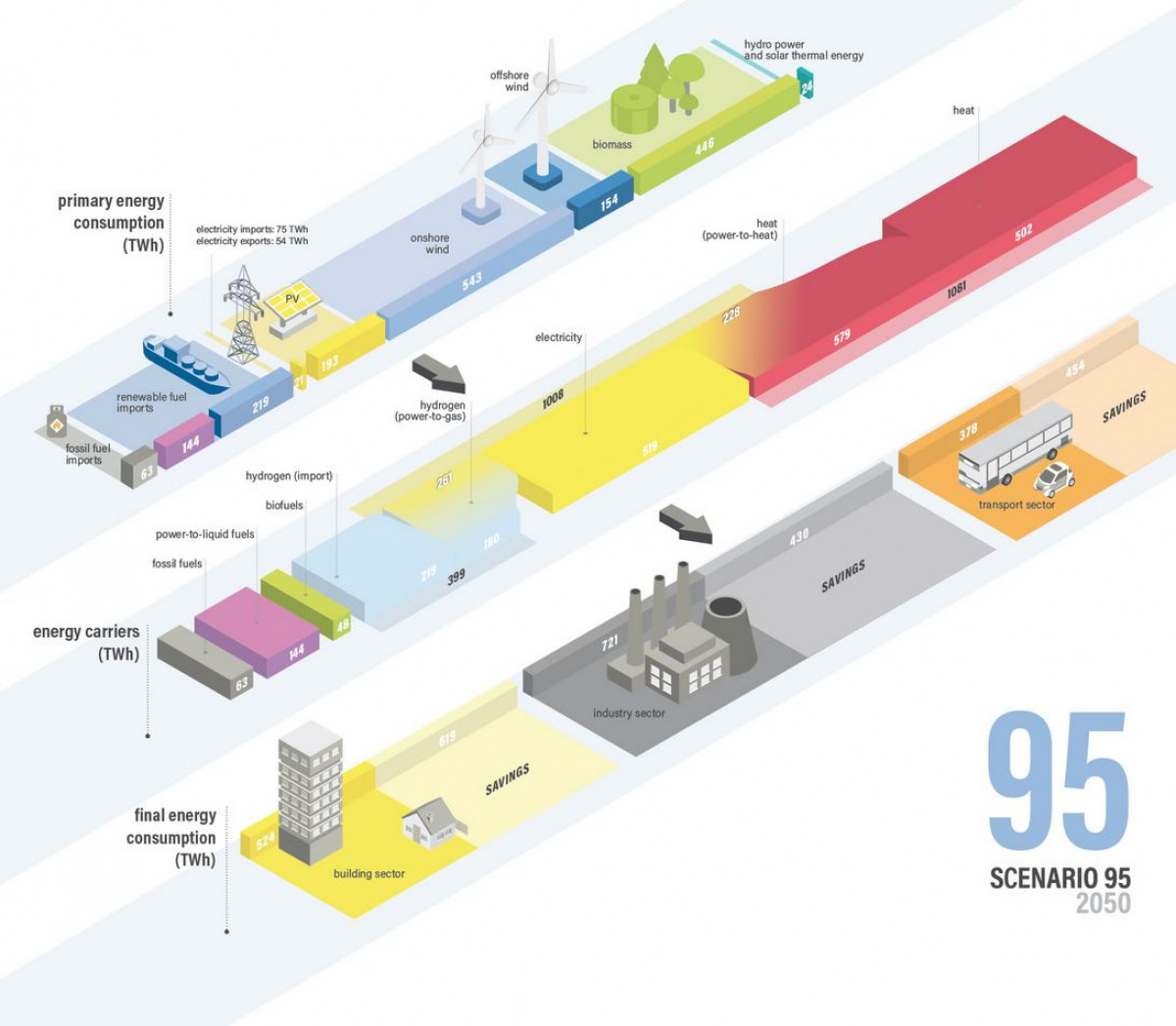 Germany can become largely carbon-neutral by the middle of the century at tolerable cost by overhauling its entire economy, but in order to do so must specify its 2050 emissions target as soon as possible, according to a study by Forschungszentrum Jülich, one of Germany's largest research centres. The researchers said the costs of this transformation will be roughly in line with Germany's current expenses for energy imports, but differ considerably depending on how ambitious the country's future climate policy turns out to be.

Wind and solar power in Germany will have to produce six times as much electricity as today, and hydrogen will have to play a major role in the country's energy system to get emissions down sufficiently to make the country largely carbon-neutral by 2050, says a study by Forschungszentrum Jülich, which is based on "a whole family of newly developed computer models" simulating Germany's energy supply in all economic sectors.

The researchers argue that Germany must urgently choose which 2050 climate target to aim for – the official target range is an emissions cut of 80 to 95 percent – because some measures needed for an 80 percent reduction won't necessarily be part of the path to a more ambitious target, and can even be counterproductive. "This is why we have to set the course early on – so we don't end up having to change to more expensive transformation paths," said study head Martin Robinius, who pointed out that the 80-percent target is not in accordance with the Paris Agreement.

Chancellor Angela Merkel announced at the UN Climate Action Summit that Germany is committed to becoming "climate-neutral by 2050," but her government's recent climate package was widely criticised for being insufficient to achieve this aim.

The researchers said the costs of this transformation will be roughly in line with Germany's current expenses for energy imports, which were 1.9 percent of GDP in 2018. If Germany heads for an 80 percent emissions reduction, additional annual costs will add up to around 1.1 percent of GDP expected in 2050, and to around 2.8 percent of GDP for a 95 percent reduction, because this target is "much more demanding and correlates with considerable additional costs."

"But the transformation costs are predictable and manageable, while subsequent climate change adaptation costs are uncertain, and likely to be many times higher," Robinius said. The study's cost estimates were broadly in line with other studies, such as the landmark "climate paths" report from early 2018 by German industry association BDI.

The Jülich researchers urge the government to boost the roll-out of renewable power because a CO2-free electricity supply is "a necessary prerequisite" to achieve climate targets. "In all scenarios, wind power and photovoltaics are the backbone of the future electricity supply," the researchers said. "For example, in scenario 95 the installed wind power capacity increased by a factor of 4 and the photovoltaic capacity by 3.7 compared to today." The study also stresses the "pivotal role" of energy efficiency in either scenario.

The study led renewables lobby groups to renew their call for a faster roll-out of green power. The German Renewable Energy Federation called for a "complete and sped-up transition to renewables" and warned of using natural gas as a bridging technology, because the study says the fossil fuel is not suitable for a 95 percent scenario. Chemical industry association VCI said the study's results were compatible with its own forecasts regarding 2050 decarbonisation of this sector.

How much does Germany’s energy transition cost?