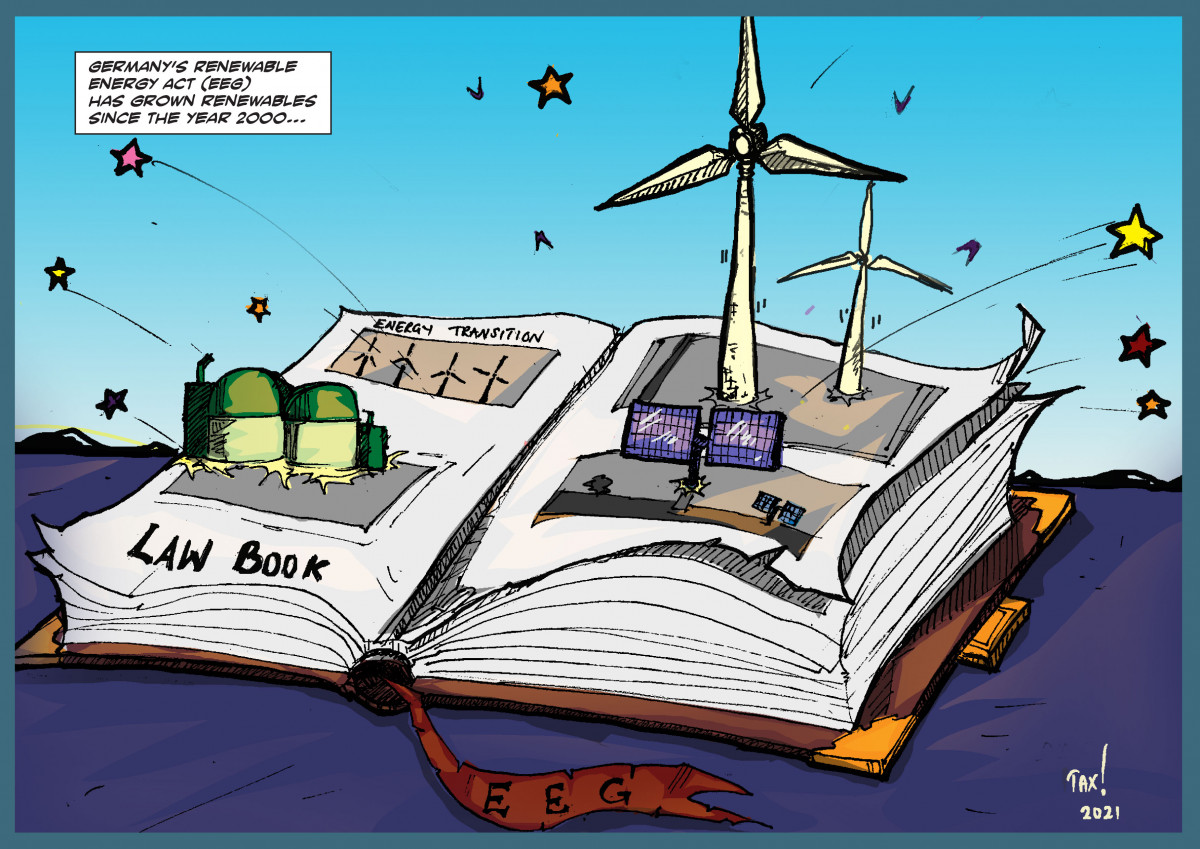 The Renewable Energy Act (EEG) with its feed-in tariffs, grid priority for renewables and consumers securing the renewables build-out with their power bills, have enabled the German renewables boom.

On 1 July, Germany marks the end of its landmark renewables levy on consumer power prices. The surcharge helped to spur the growth of wind and solar power capacity for more than two decades but has also been criticised for contributing to Germany having some of the highest household power prices in Europe. Electricity users from now on will no longer pay the levy and the government moves on to supporting renewable power with the proceeds from emissions trading and the state budget. Although the end of the surcharge will give some relief to households, the intended effect of making electricity more attractive for the use in mobility and heating, will likely be eaten up by the drastically rising prices for energy as a fallout from the Russian war against Ukraine and the ensuing fossil fuel crunch, observers warn.

As of 1 July 2022, renewable energy generation in Germany will no longer be paid for directly via people’s power bills but from a state fund. The levy, which at times made up one fifth of the consumer power price and in the end amounted to 3.7 cents per kilowatt-hour, was payable by households and businesses via their power bills. It was used to fund the “green energy account,” from which feed-in tariffs to solar, wind and biogas installations were paid. As of tomorrow, they will be paid from the state’s energy and climate fund, which receives revenues from emissions trading.

An average German family is expected to save around 200 euros per year as a consequence. To ensure that consumers really benefit from the price relief, the law obliges electricity suppliers to transparently lower prices as of July, the federal economy and climate ministry said when the federal parliament passed the new legislation in April 2022.

While keeping the funding of renewables out of the state budget and making it transparent, the renewables surcharge being visible on people’s power bills also meant that a lot of bad sentiments arose when it kept rising (up to 6,9 ct/kWh in 2017) due to the very generous feed-in tariffs that caused a boom in new renewable installations. Another bone of contention was that many (energy intensive) industrial consumers were (partially) exempt from paying the renewables levy.

“When the renewables levy was introduced, it was the right instrument to put the expansion of renewables, which was still in its infancy, on track. But today, 22 years later, the EEG levy has become a real burden on the electricity price - its financing via the federal budget is therefore overdue,” said Kerstin Andreae, head of energy industry association BDEW. 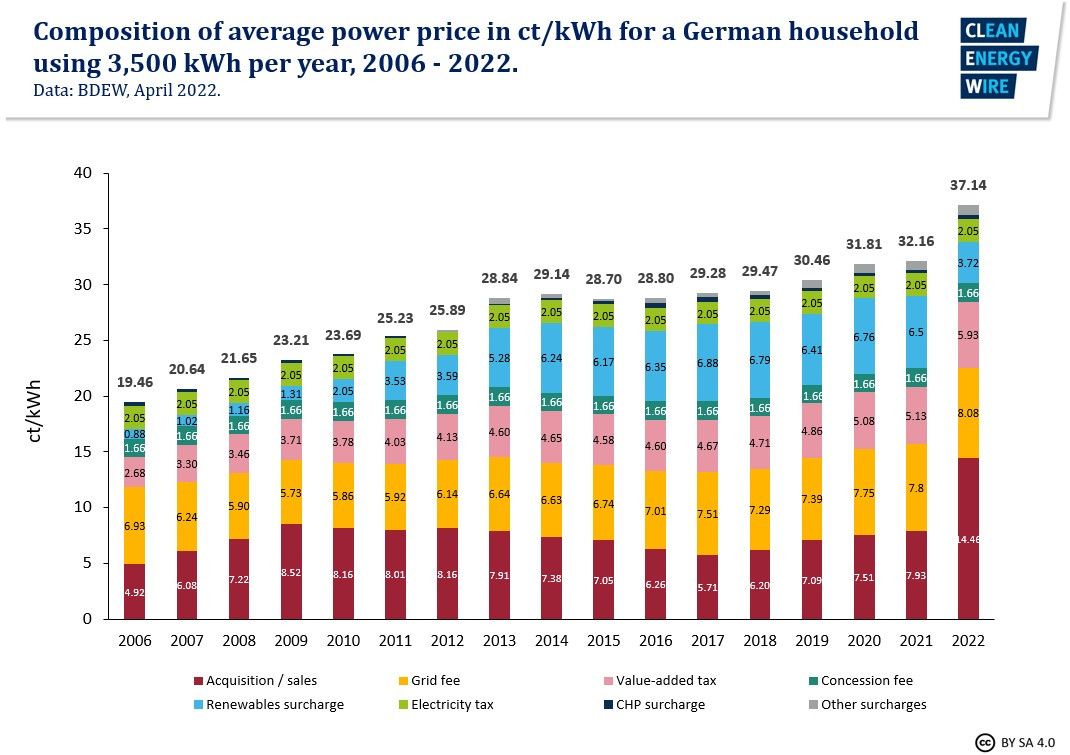 Abolishing the renewables surcharge now "only a drop in the ocean"

Abolishing the surcharge has been on the government agenda for some time, as a measure to lower household power prices which are among the highest in Europe. As of January 2022, the surcharge was almost halved to 3.7 ct/kWh. The new three-party government initially announced in its 2021 coalition agreement that the levy was going to stop by the end of 2022, reasoning that lower power costs would make electric transport (e-cars) and heating (heat pumps) cheaper and thus more attractive than fossil-fuelled alternatives. However, rising energy prices due to the shortage of Russian gas and the war in Ukraine prompted the government to introduce the abolishment earlier, as a relief measure for households. “Unfortunately, the 3.7 cent reduction in electricity prices on 1 July […] is little more than a drop in the ocean in view of current developments on the energy markets,” Andreae said. According to supplier platform Check24, most of what consumers save in renewables payments, is eaten up by an average electricity price increase of 471 euros since October 2021 (4-person household 5,000 kWh).

Scrapping the renewables surcharge on the power price does not put an end to guaranteed tariffs for renewable installations. For larger renewable plants, these are determined in an auction system that will likewise stay in place, as does the legislation guiding the renewables expansion (Renewable Energy Act – EEG). Larger (than 100 kW) renewable installations in Germany have to market their electricity at the power exchange (since EEG 2014) and only receive the difference (“market premium”) between the feed-in tariff and the wholesale power price when the later falls below their guaranteed remuneration. Prices for power from renewable technologies have fallen drastically over the past 20 years: The average remuneration rate for solar PV has almost halved from 43.5 ct/kWh to 23.6 ct/kWh between 2010 and 2022 and new installations will receive only a fraction (5.9 ct/kWh) of the old compensation rates.

The EEG, with its feed-in tariffs, priority grid access for renewables, and the renewables surcharge, are credited with enabling Germany’s renewables growth and reducing the price for renewable technologies not only in Germany. The share of renewable electricity generation in Germany increased from 3.6 percent in 1990, when the very first feed-in law was enacted, to almost 50 percent in the first quarter of 2022.