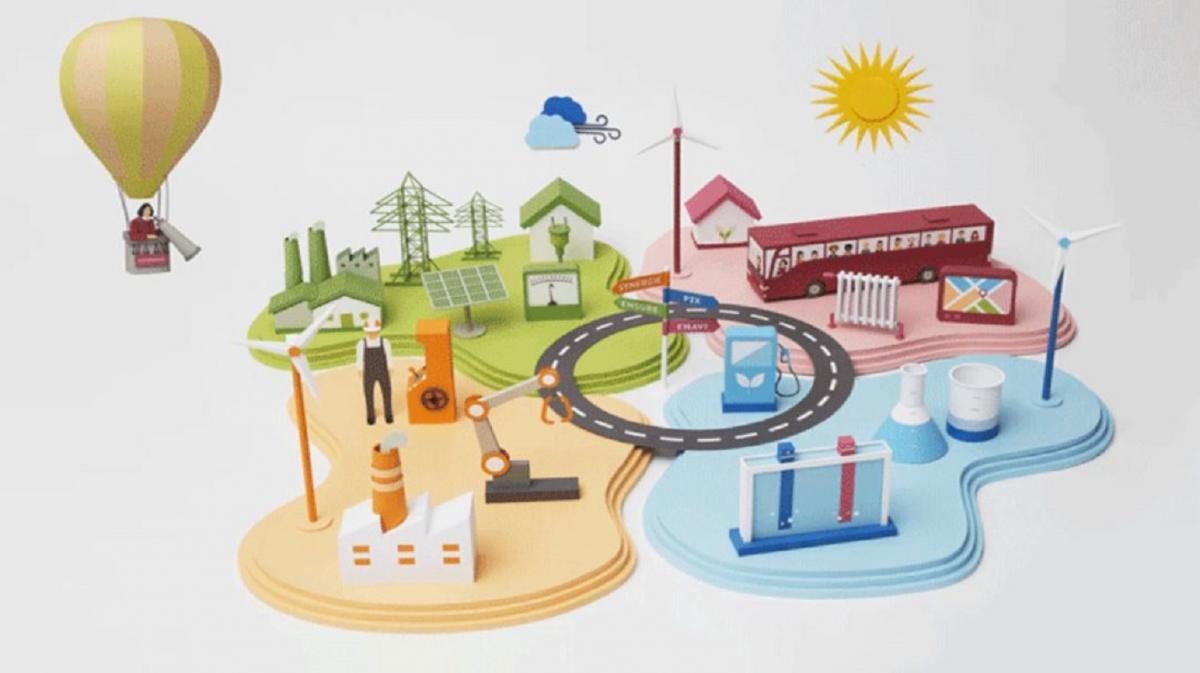 Integrating all kinds of energy producers and consumers into a renewable system is one of the objectives of the Kopernikus research projects. Photo: Kopernikus/BMBF.
The future government tasks researchers with finding ways to plan and steer the electrification of the whole energy system – along with all its new technologies. Renewable power was introduced in Germany at a startling pace in some sectors, but virtually not at all in others. Now the search for the ’holy grail of the energy system‘ is underway. CORRECTION in 6th paragraph: Corrects that not wind and solar electricity alone contributed 36.1 % to Germany's power consumption in 2017, but all renewable power sources together.

German researchers and politicians are set to improve the way they approach energy research by concentrating more on holistic, whole system solutions to the energy transition. They hope this will help to uncover the ‘holy grail’ of clean electrification.

The parties expected to form Germany’s next government say in their new coalition agreement that they will “target energy research funding more on the energy transition,” and give priority to solutions for the entire system rather than to specific technologies.

Sharpening the energy research profile this way is coming at the right point in time, Tobias Sontheimer, Chief Research Manager for Energy at the head office of the Helmholtz Association of German Research Centres, told the Clean Energy Wire. “The energy transition in Germany is entering a new phase. While the first phase was dominated by technology development in the renewables sector, the second step will also focus on the energy system as a whole.”

The new coalition agreement was a strong statement of support for research and development in Germany, and for energy research in particular, Sontheimer said.

Over the past ten years, federal funding for energy research has more than doubled in Germany – from 399 million euros in 2006 to 876 million euros in 2016. A further 267 million euros were allocated for this purpose by the 16 German states (2015). The eight energy-related Helmholtz institutes are state funded, and receive around 400 million euros per year.

But while energy researchers cannot complain about a lack of support, and renewable power from the likes of wind, solar and biomass has become well established in Germany (its average share in power consumption has grown from 3.2 percent in 1991 to 36.1 percent in 2017 and briefly covered 100 percent on the first day of 2017), there have been mounting complaints about the implementation of the transition as a whole.

The German energy transition (Energiewende), the country’s dual move away from nuclear energy and fossil fuels and towards an economy largely powered by renewable sources, was all but designed on a drawing board. After anti-nuclear sentiment had become prevalent and the government devised its first scheme in the 1990s that offered generous feed-in tariffs for renewables, these power sources took off, but several sectors failed to follow suit.

As a result, emissions have not fallen enough for Germany to comply with its own national target of reducing greenhouse gases by 40 percent by 2020 compared to 1990 levels. “We have seen an astonishing increase in renewables, but other areas, such as heating and housing insulation, didn’t become more efficient after initial gains, and the transport sector is actually emitting more than it used to,” Ortwin Renn, professor at the Institute for Advanced Sustainability Studies in Potsdam (IASS), told the Clean Energy Wire.

Politicians and scientists agree that the next phase of the transition requires a more concerted effort from all sectors. A lot of questions need to be answered: What technologies will be needed to run a stable energy system with a very high share of renewable sources? What storage systems are required? Which ‘power-to-x’ technologies will be necessary to integrate the electricity, heating, and transport systems? How will the digitalisation of processes be used to create a smartly controlled energy system? “Sector coupling is the new buzzword,” commented Sontheimer.

‘Living labs’ and a universal plan

Facing this multitude of questions, it is not surprising that Professor Renn and his colleagues, who work on the ten-year Kopernikus projects, are looking for nothing less than the ’holy grail of the energy system‘. “The main idea of our project, called ENavi, is that over time we describe paths that enable us to test the effects and side effects of political interventions in the energy transition process,” he told the Clean Energy Wire. [Read the interview here].

ENavi is one of four Kopernikus projects that encompass the most pressing questions about the future of the energy transition: new network structures; power-to-x; industrial processes; and system integration. Each facet of their research receives up to 10 million euros a year. Renn and his colleagues will present their work at the annual meeting of the American Association for the Advancement of Science (AAAS), in Austin, Texas, on Saturday 17 February, the world's largest gathering of scientists from all backgrounds.

Another key approach laid down in the coalition agreement is the testing of new technologies under real-life conditions. While the new government keeps a low profile when it comes to concrete initiatives to lower emissions from fossil power plants or cars, it suggests the establishment of several ’living labs‘. These would include a “national offshore test site” to assess the potential role of offshore wind energy in the energy transition, and said ’living labs‘ to test new technologies, such as power-to-gas and power-to-liquid, and to help them on their path from research through demonstration to market uptake.

Additionally, the government wants to establish a new research institute on energy storage, and give tax incentives to small and medium-sized companies that perform their own research.

“We can calculate a lot, but we also have to simply try things out, and the only way to do that is to perform tests on a smaller scale and then start scaling it up,” Renn said.