COP21 Interview: Emissions trading is the key to climate protection 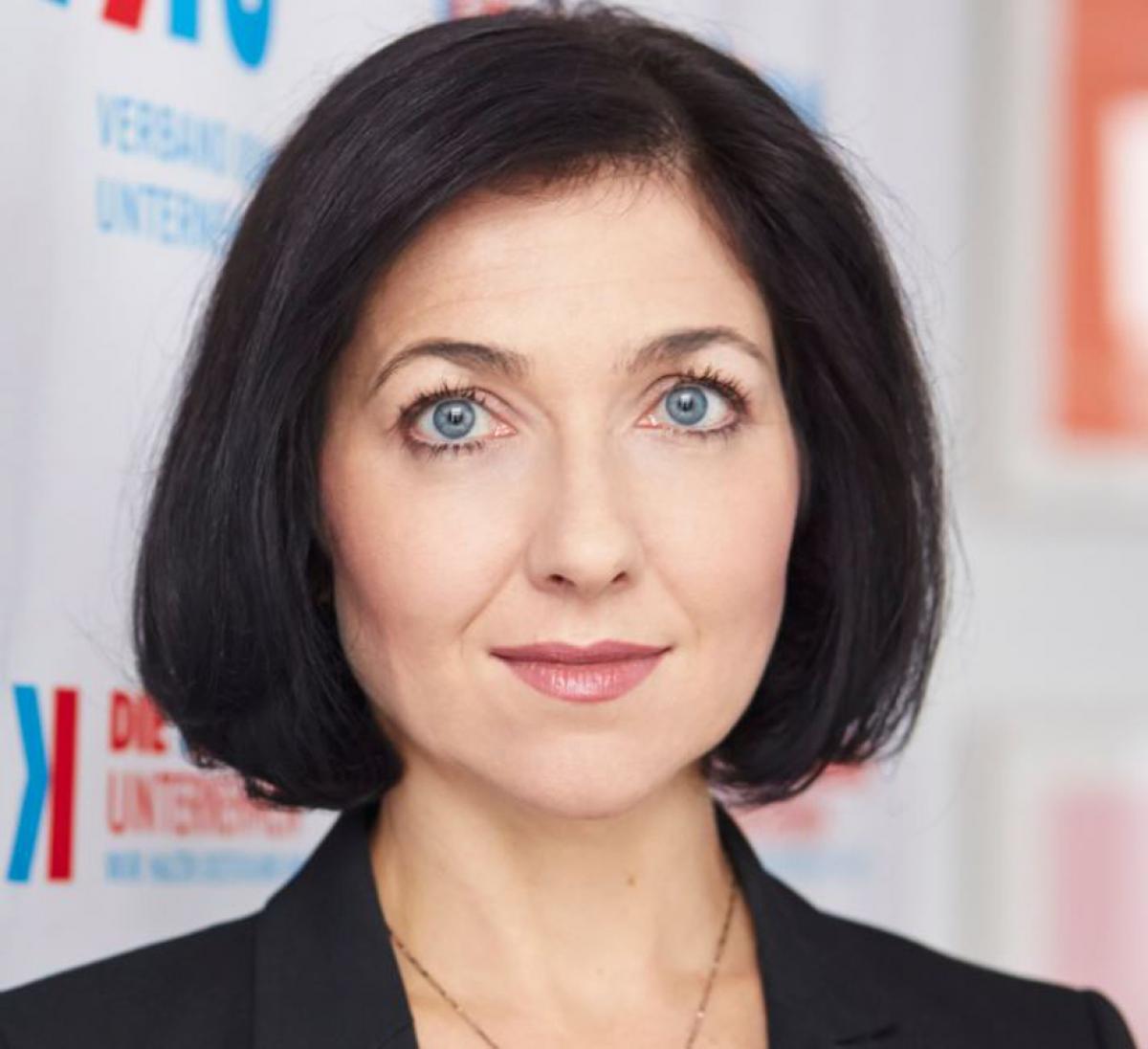 Katherina Reiche, managing director of the VKU. Photo: VKU.
The final negotiations for a global climate treaty in Paris are just weeks away. What is the German perspective on an international climate agreement and what has the energy transition (Energiewende) got to do with it? The Clean Energy Wire talks to German businesses, researchers, negotiators, politicians and activists who have stakes in the talks. Today: Katherina Reiche, managing director of the VKU German Association of Local Utilities.

Katherina Reiche: We need internationally binding targets for saving greenhouse gas emissions in order to limit global warming to two degrees Celsius this century. Given the different starting points of the negotiating countries, this is an enormous challenge right from the outset. Even now, it is clear their pledges will not suffice for the two-degree goal. These targets will have to be reviewed and other mechanisms considered. As the representative of the municipal utilities and waste management in Germany, I can say that German municipal companies have accepted the political goal of climate protection. With combined heat and power, many municipal utilities have a very efficient form of energy production in their portfolios, saving nearly 11 million tonnes of CO2 a year. Decarbonising the economy in the long term, however, can only succeed if companies have security in planning for the future. Huge investments are needed in clean technology. It is therefore important that in Paris clear and ambitious goals for climate protection are agreed.

There are enormous differences and views on this subject. Add to this the large number of actors. Industrialised countries bear a heavier responsibility for climate change than developing countries, because they have emitted the most CO2 in the past. Their economic growth over the last 100 years would not have been possible without fossil fuels. Of course developing countries are also striving for economic growth, which elicits more emissions. In the 1997 Kyoto Protocol, this legitimate desire for growth was acknowledged by requiring only a few industrialised countries to set mandatory savings targets. But the world has changed since then. China is now not a developing, but a newly industrialised country, and the nation with the highest emissions worldwide.
There exists the principle of common, but differently configured, responsibility. But each state decides for itself what this means. In light of this, it is very important that at least the European Union speaks with one voice.

What challenges are there at European level?

European emissions trading, which is for me the most important climate protection instrument, is a key challenge. It is market-oriented, so it adapts to the nature of markets, it offers flexibility and, in the future, the possibility of international networking with other carbon markets. That should be reason enough to strengthen this instrument. Unfortunately, the market is currently dysfunctional. Emissions rights are too cheap and they do not send adequate price signals.

Germany has set itself ambitious climate targets and that is a good thing. Within the positioning of the EU, Germany is also an important player. The German government has already been an important catalyst for the UN Climate Change Conference in establishing mechanisms for monitoring climate protection commitments and for climate finance. Germany also plays an important role in the area of technological development and cooperation with emerging and developing countries.

The energy transition in Germany is like a giant laboratory which is testing how to successfully decarbonise the energy supply. This has a signalling effect. Today we have much more renewable power in the grid. This is thanks to the Renewable Energy Act. Meanwhile, the share of power from renewables in total production is 25 percent.
Because policymakers have not managed to adapt the energy-policy framework to the altered conditions, this has paradoxically caused the most efficient fossil-fuel plants, the gas-fired plants, to no longer be profitable and has even led some to close. These are precisely the power plants we need to meet Germany’s own climate targets. Only the political will of the federal government will remedy this situation. We see in the example of Germany that converting the energy system in an industrialised country is a tremendous feat. It must be considered and managed in an integrated way. Power supply, heating and cooling markets and efficiency technologies require holistic concepts that are adapted to local and regional conditions. In this area, I no longer see a holistic approach, but rather a patchwork, which is fraying ever more at the seams.

How do the municipal enterprises see the future?

Municipalities think globally and act locally. The energy supply is decentralized and local actors play an increasingly important role. Municipal companies are therefore predestined to shape the energy transition. Another advantage is that municipal services in Germany enjoy a very high level of confidence among the population. Polls show this again and again. This is an advantage for projects like building pipelines or renewable energy plants. Although in principle most people support the energy transition, citizens do not always want these projects built near where they live and work. In this respect, municipal enterprises can play the role of mediator.
In addition, there are some very ambitious projects for climate protection at the local level in Germany: The highly efficient combined power and heat technology is a domain of public utilities, while municipalities are driving forward energy efficiency measures in buildings, the development of low-emission transportation and renewable energy. They will continue to do so. Last but not least, the consequences of climate change must be dealt with at the local level. In particular, flooding caused by heavy rain and storms has increased dramatically in recent years.