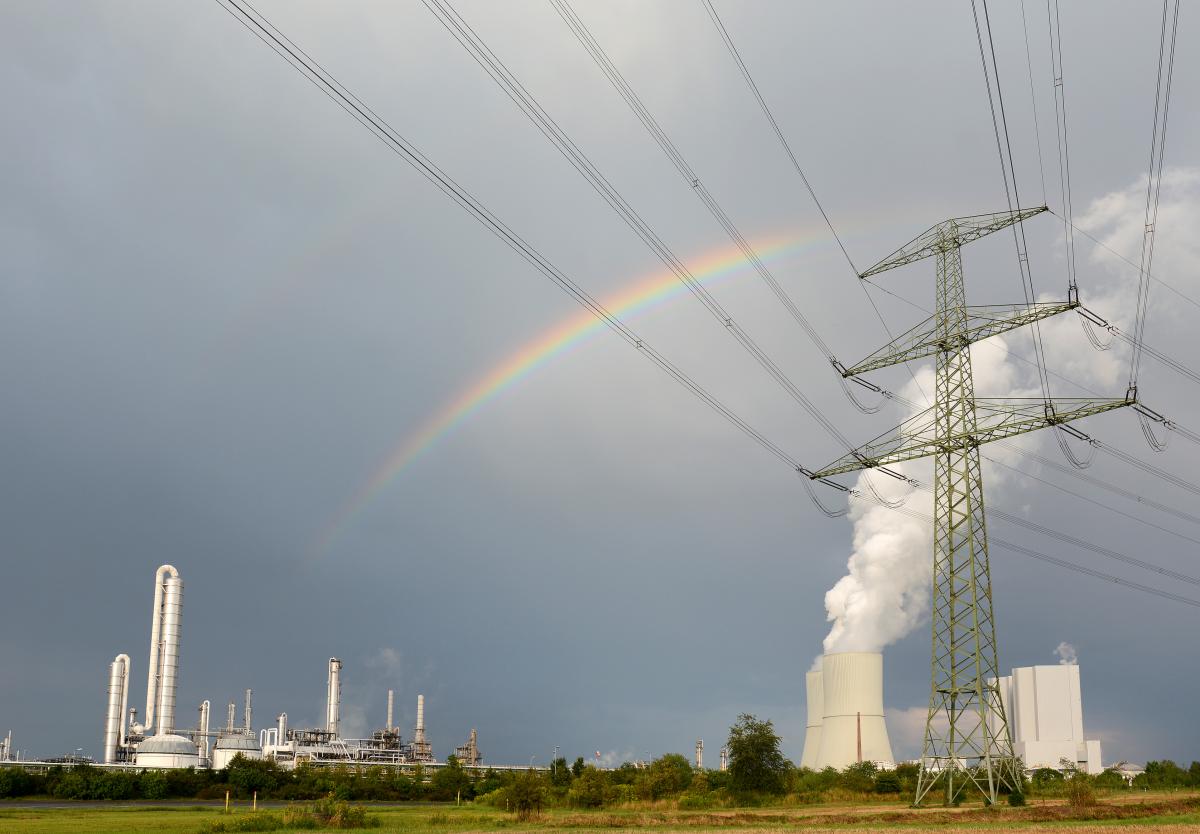 Germany’s energy consumption fell by one percent in the first half of 2018 as warm weather in the spring reduced the need for heating. A rise in renewable energy generation that pushed out coal in the power sector also helped to cut energy-related CO2 emissions by around three percent, data from the energy market research group AG Energiebilanzen showed. The current heat wave, however, could push the share of electricity generation from brown coal (lignite) plants up, as nuclear and hard coal plants have to scale back production due to the effects of the heat.

Energy consumption in Germany fell by one percent in the first half of 2018 compared to the same period in the year before as the warmer temperatures between April and June outweighed a cold winter and helped to lower CO2 emissions, energy market research group AG Energiebilanzen (AGEB) said. Stripping out the weather-related effect, however, energy usage would have been 1.5 percent higher than in the reference period 2017, the group said. Energy-related CO2 emissions were three percent lower than a year ago as renewables and natural gas - which have a relatively low carbon intensity - replaced some oil and coal in the energy mix.

Last year, German energy related CO2-emissions largely stagnated. The country of the Energiewende - Germany's dual shift from nuclear and fossil fuels to renewable energy sources - has been struggling in recent years to cut greenhouse gas emissions fast enough to meet its own 2020 climate targets. The government has now put a commission in charge of defining a path out of coal-fired power generation, the country's single largest source of greenhouse gas emissions. It also wants to pass a climate protetction law next year in its bid to meet the internationally binding 2030 climate goals.

In the first half of 2018, the share of renewables increased to 14 percent in primary energy consumption from 13.2 percent a year ago, but fossil fuels still covered the majority of the country's energy needs with a 79.6 percent share. 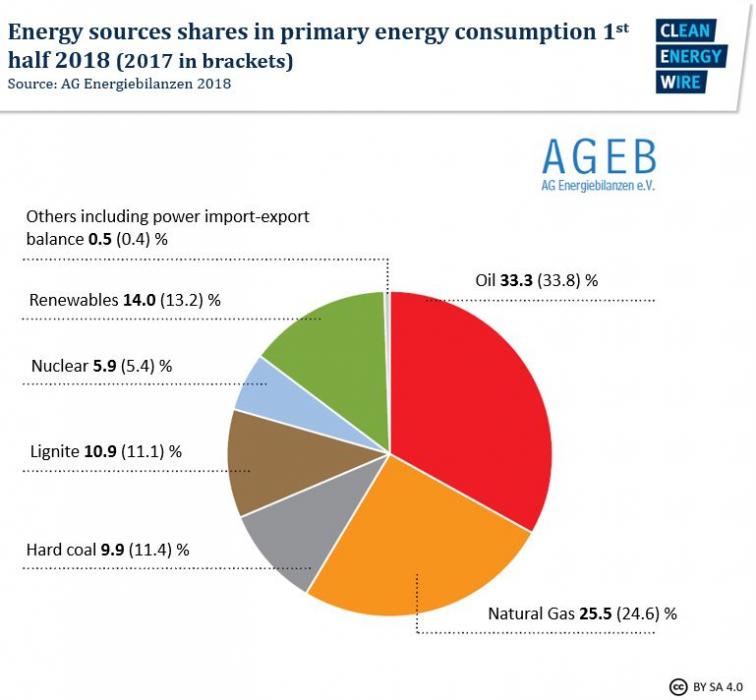 Heat wave may drive up use of lignite

The current heat wave could have notable effects on energy consumption in the second half of 2018, Uwe Maaßen from AG Energiebilanzen (AGEB) told the Clean Energy Wire. In Germany, where most households don’t have air conditioning, it is common that energy consumption is low during summer months.

“But what we will see in the figures is that there has hardly been any wind power generation during the weeks of the heat wave,” Maaßen said. Although there is a higher than usual input from solar, this is mostly generated around the lunch-time peak and not around-the-clock.

Nuclear power plants have to curb production as well because of rising temperatures in the waters they use for cooling purposes. Hard coal power stations along the Rhine have trouble getting fuel delivered via the river because water levels are so low. Other hard coal plants have had to reduce generation because of environmental standards preventing them from adding hot water to rivers.

“Only lignite plants are not affected by cooling water issues because they source their water from the mines,” Maaßen explained.

In the first half of 2018, the use of hard coal and brown coal for power production dropped by 14 and 3 percent respectively, as the growing share of wind and solar power displaced power from hard coal plants. “This was probably reinforced by the higher share of nuclear power (plus 9%), but that was a unique effect due to several nuclear power plants coming back online after revisions in 2017,” Maaßen told the Clean Energy Wire. Higher costs for emission allowances under the European Emissions Trading System (EU ETS) may have also contributed to the decline in coal.

Renewables increased their contribution to the overall energy use by more than 4 percent. Wind power was up by 15 percent, and solar by 8 percent.

The rise in oil prices was probably the main reason for a drop in the consumption of fuels such as gasoline, the researchers wrote. The overall increase of 2.6 percent in the use of natural gas was triggered by the cool temperatures in the beginning of the year, whereas consumption in the second quarter was considerably lower than in the previous year. 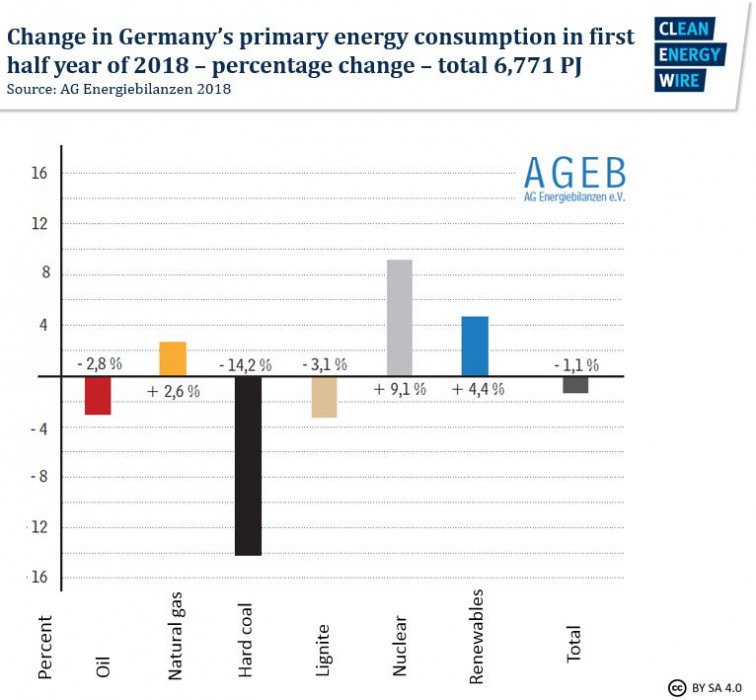