Elephants and aliens - a cartoonist's take on the Energiewende 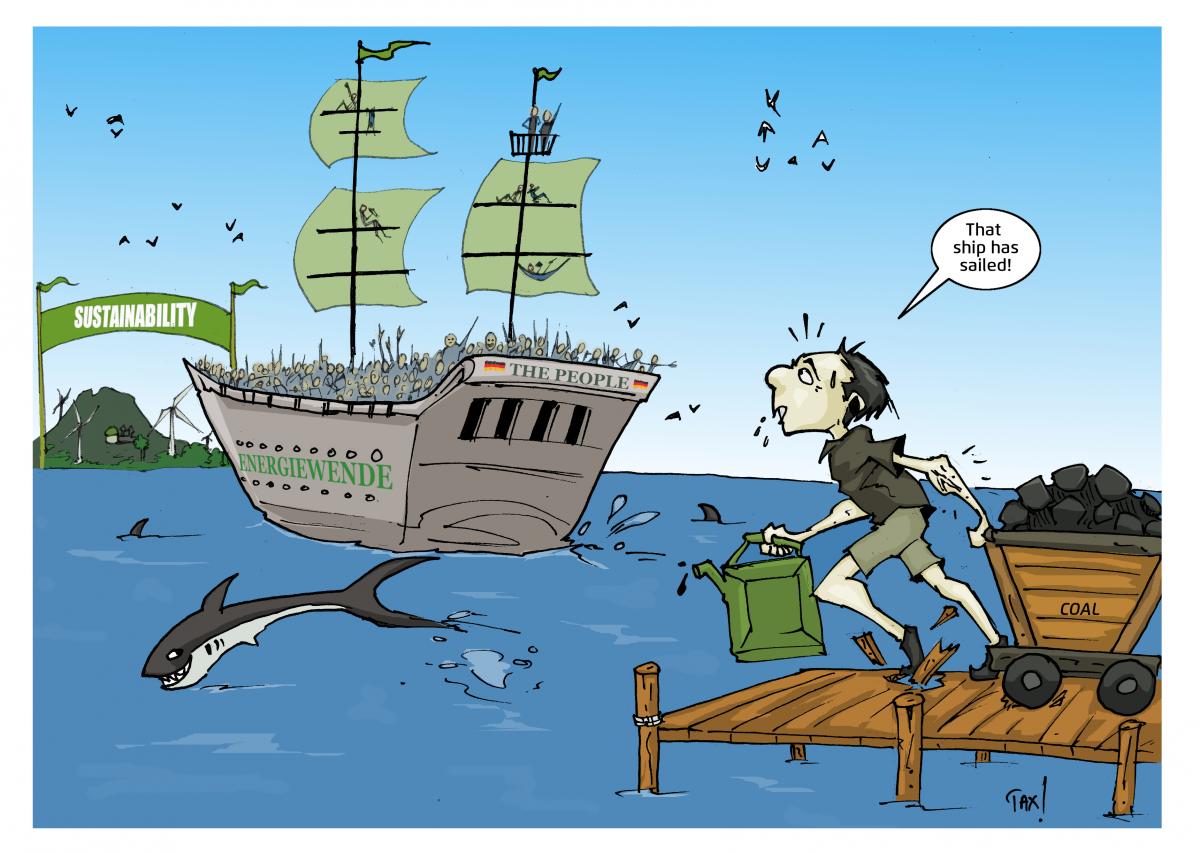 Germany's coal mines seen from space, the talk on electric cars and Chinese-German battery production cooperation - CLEW's 2018 visiting cartoonist Mwelwa Musonko presents his view of the Energiewende and its many big and small peculiarities. 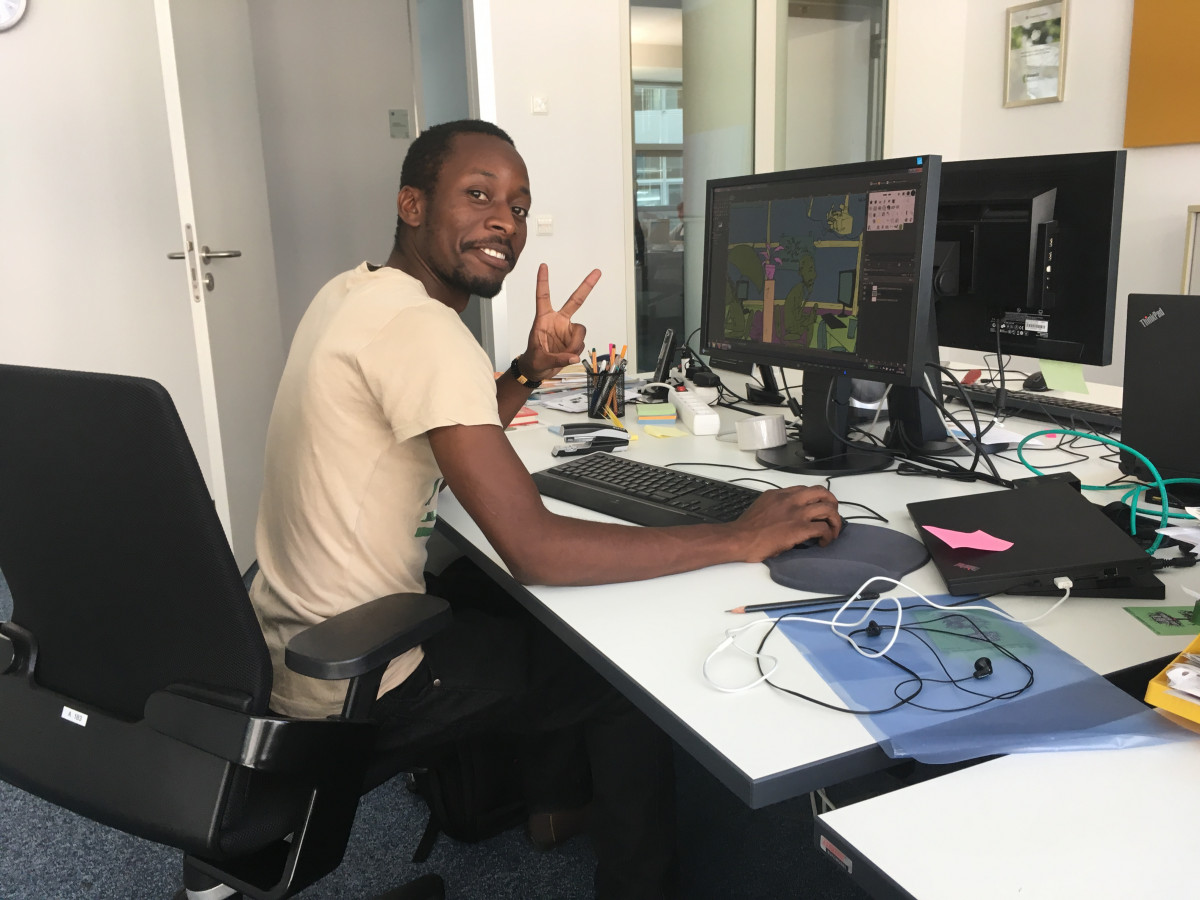 We are welcoming Mwelwa Musonko (@MwelxTax) as our visiting cartoonist at CLEW. Mwelwa is a Zambian comic book artist and founder of Foresight Comics who is in Germany for the summer after winning the Horst-Köhler-Journalism-Grant of the International Journalism Programme (IJP). 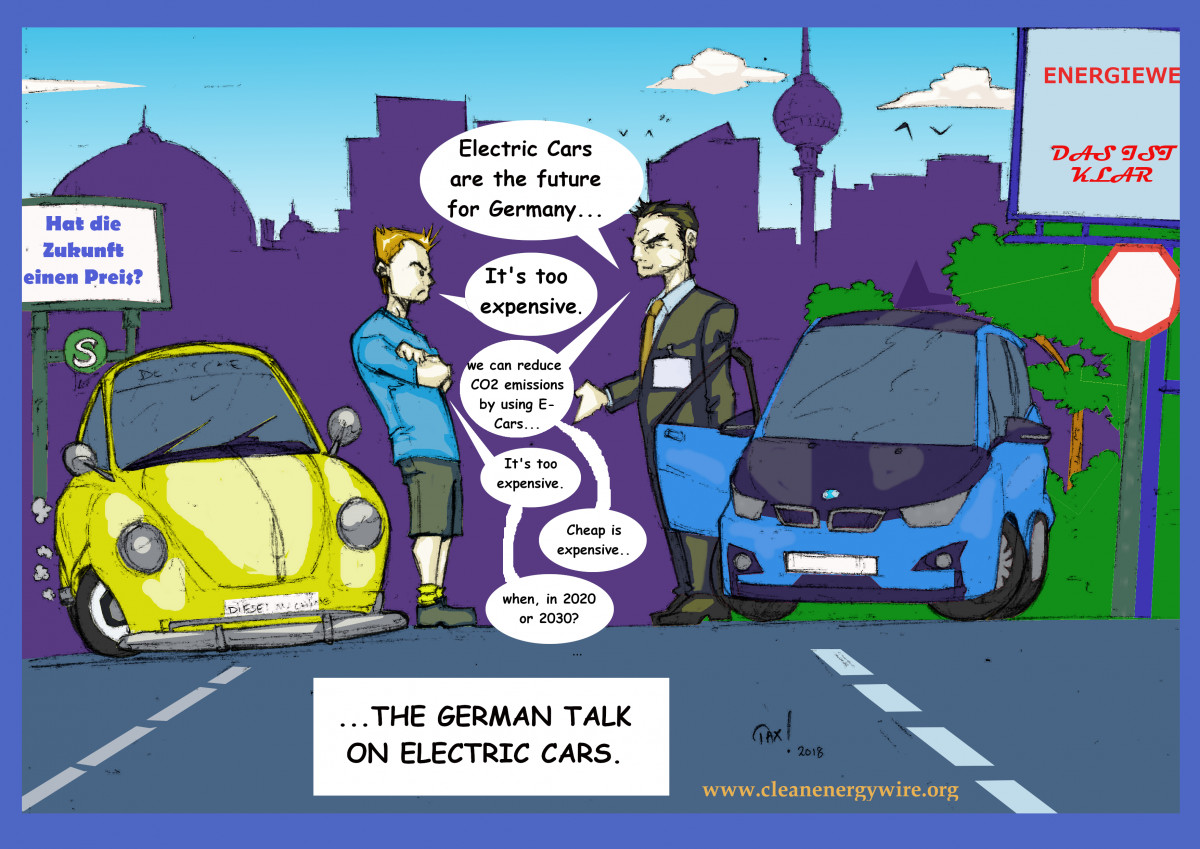 Inspired by the rather curious fact that Germans are reluctant to exchange their old petrol and diesel cars for electric ones despite a 4000-euro government subsidy per vehicle. 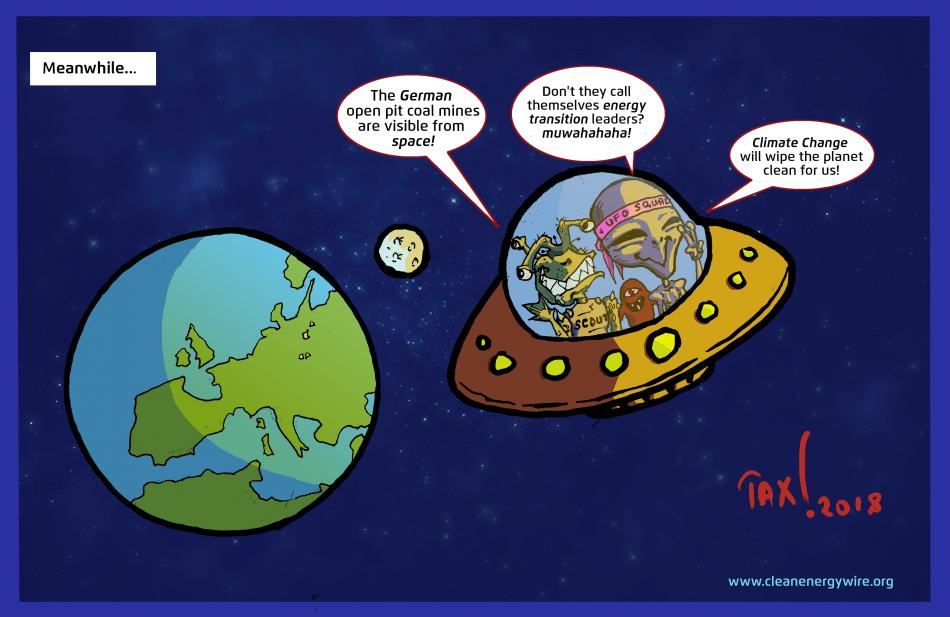 Finding a verdict on coal 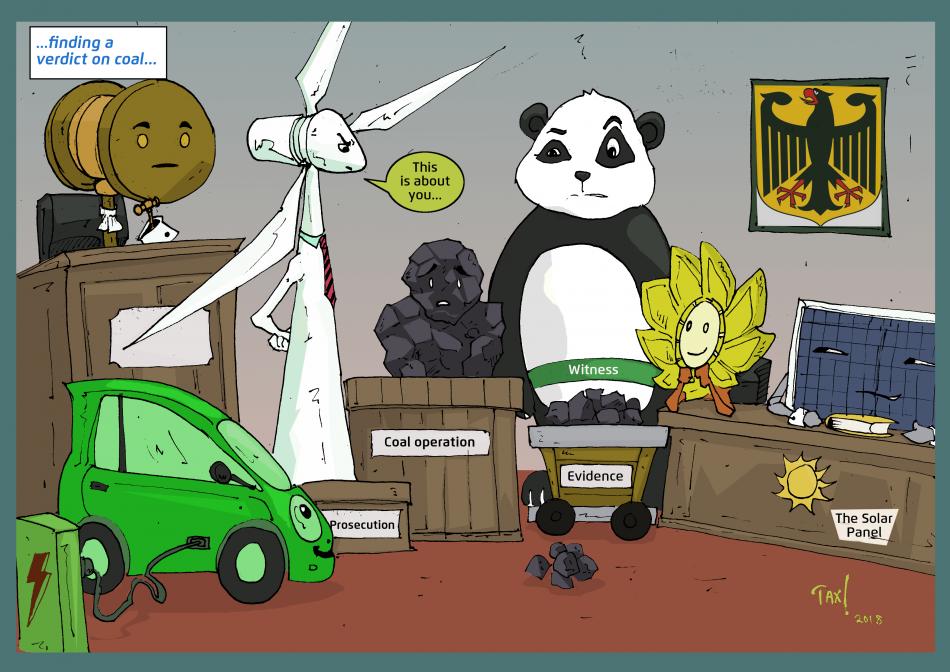 Inspired by the fact that Germany set up a commission to decide on the phase-out of coal-fired power generation.

Germany's cooperation with countries from the East under scrutiny 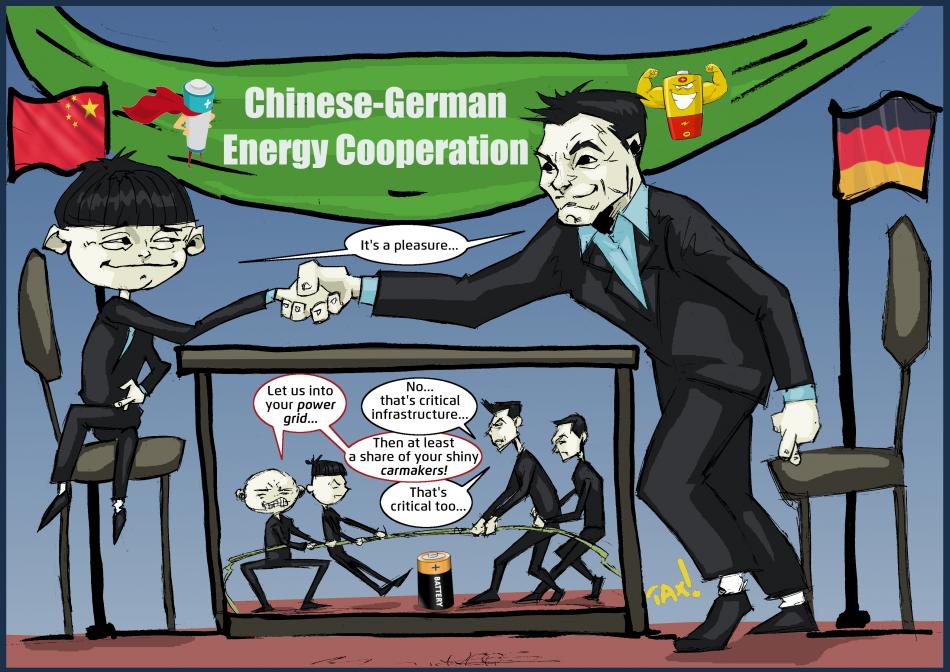 First a Chinese battery factory in Thuringia (and renewed interest of the Chinese state grid in German network operator 50Hertz), then the Nord Stream 2 controversy – Germany’s energy cooperation with the East is coming into focus.

The elephant in the room 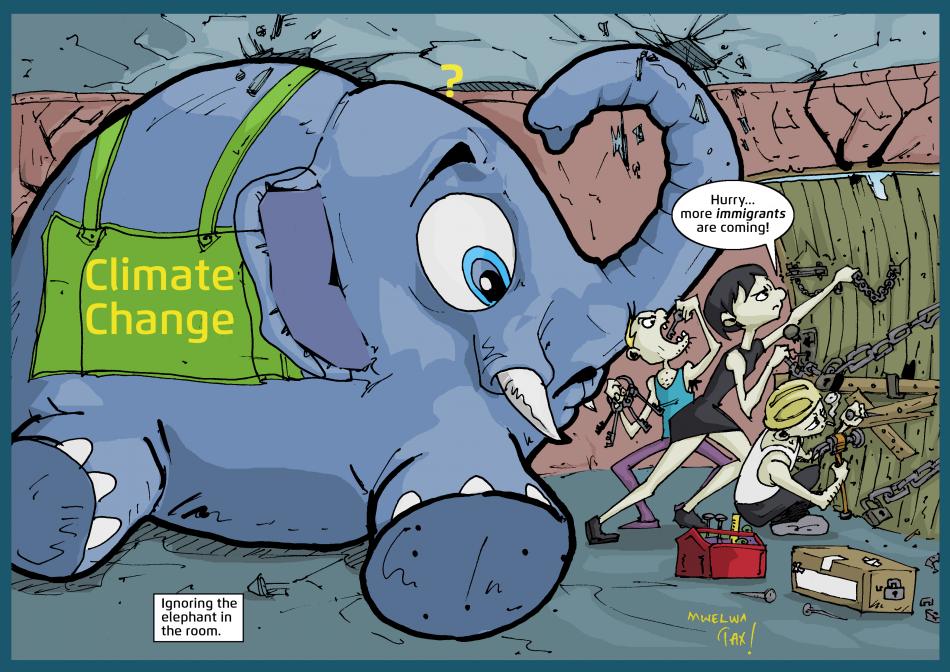 On the all-consuming focus on immigration in Germany and Europe, while barely anyone talks about threats from climate change. 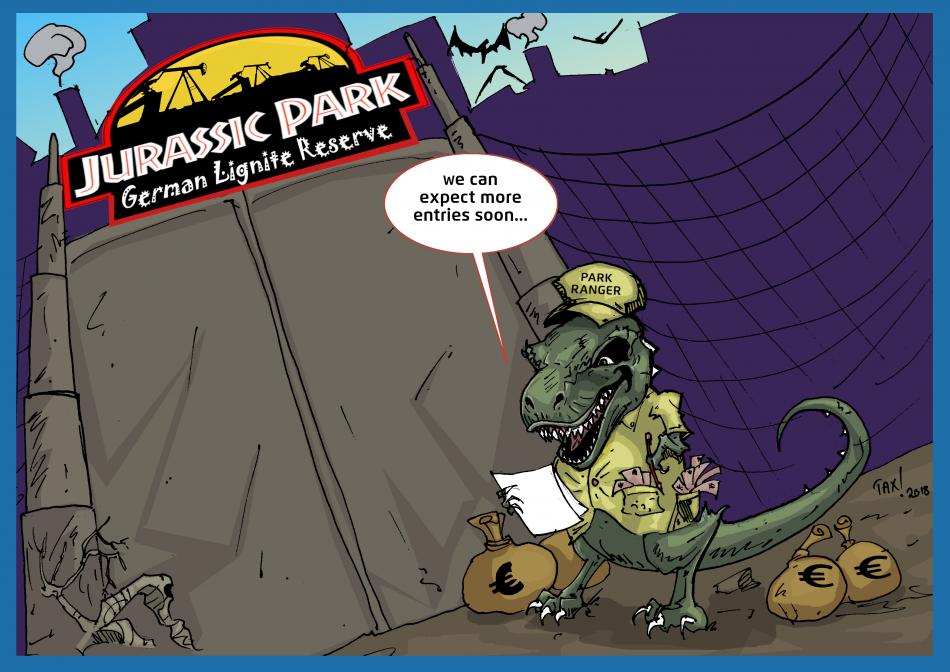 In 2016, Germany's government decided on a reserve for inefficient lignite power plants, called Jurassic Park by some. The plants are mothballed for 4 years, used only "as very last resort" in case of supply emergencies, then shut down permanently. Utilities are reimbursed for lost profits. Now, some want to add more plants to start a coal exit.

Cows make it on to the climate change most wanted list 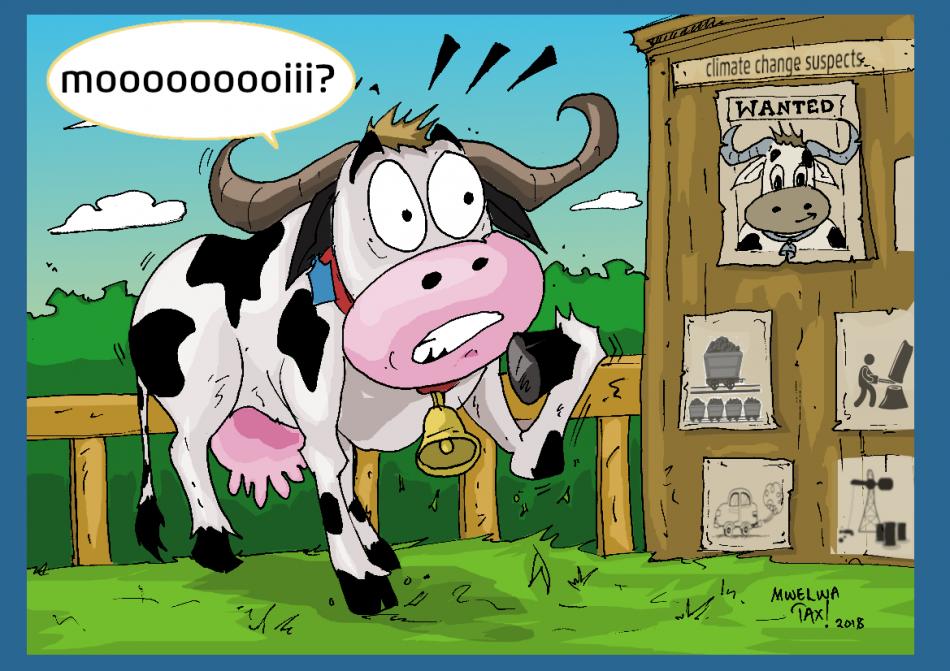 Meat and dairy corporations contribute significantly to climate change, according to a report from the Institute for Agriculture and Trade Policy (IATP) and the non-profit organisation GRAIN.

Energy efficiency at the CLEW office 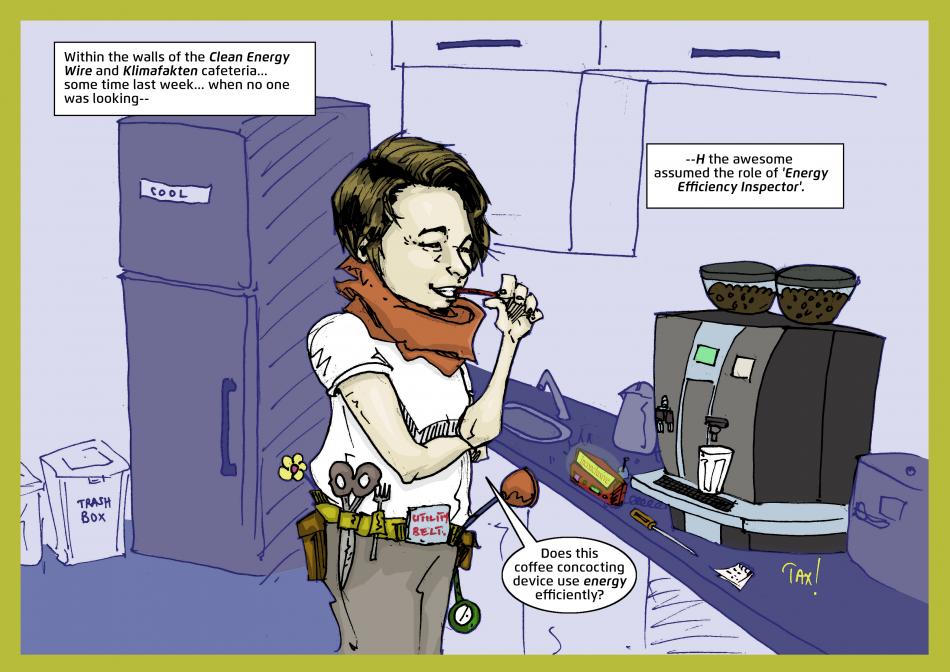 @MwelxTax marvels over Germans' diligence when it comes to saving energy - including at the office. 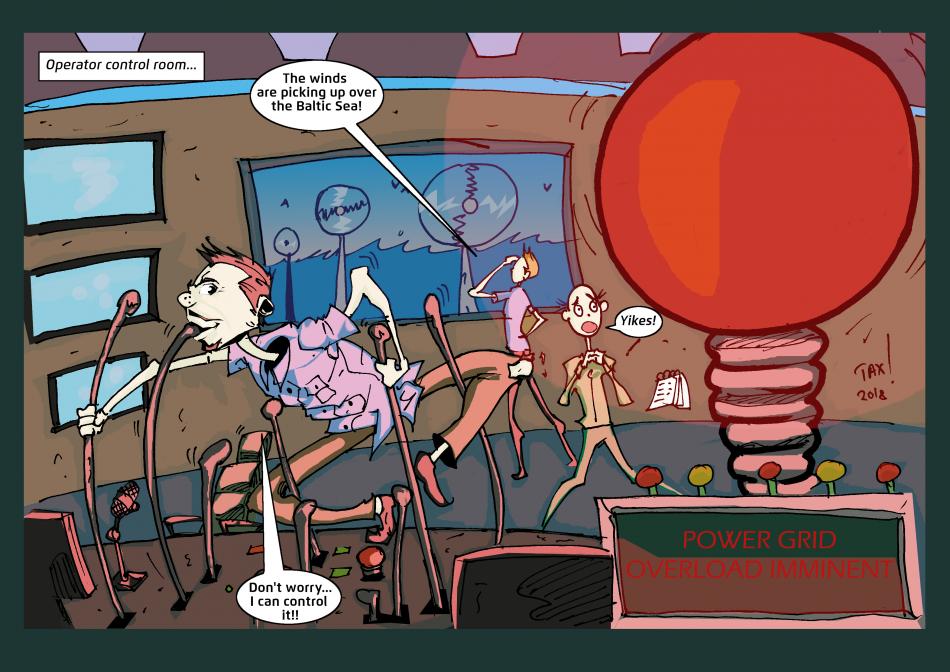 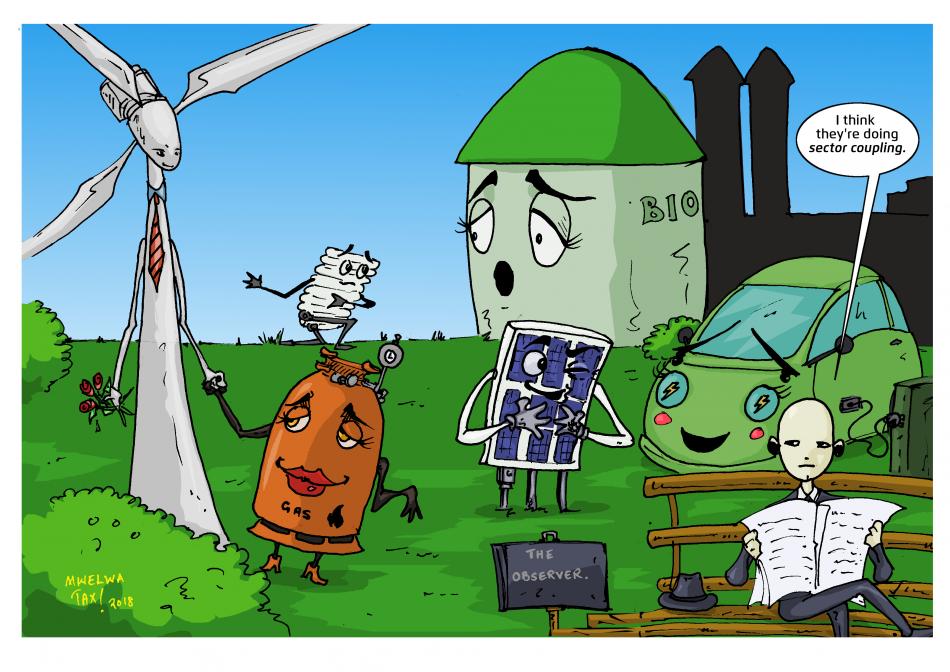 Germany's energy transition has a new buzz-word: Sector coupling. The idea of running energy-intensive heating, transport and industry on renewable power instead of fossil fuels will require the rollout of many new technologies and rules. The jury is still out on which technologies will be best suited to "electrify" the entire economy, as stakeholders present different solutions.

Of citizens' support and missing the boat 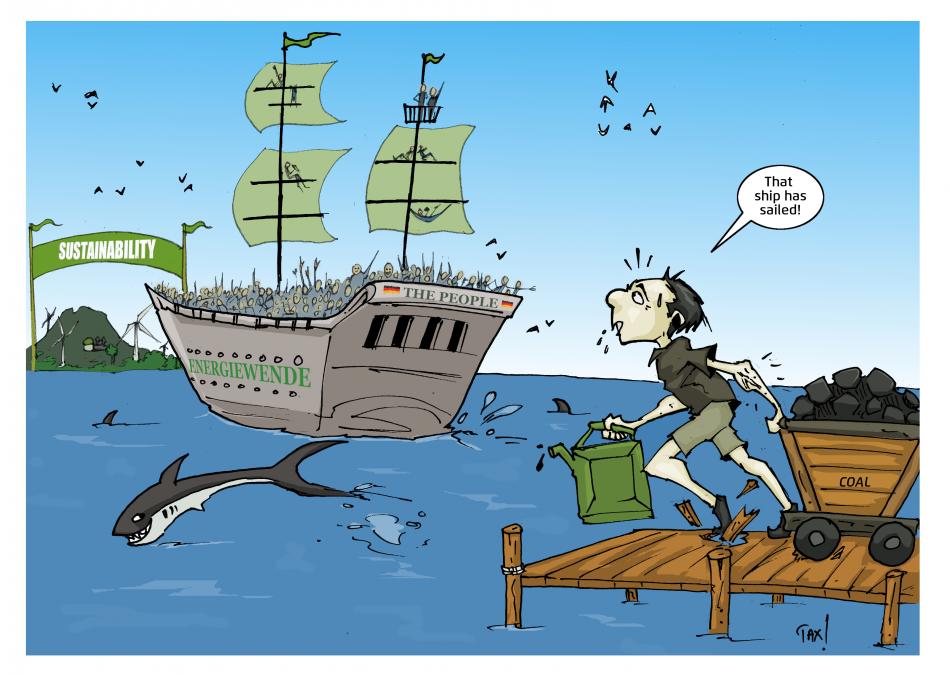 A large majority of the German public supports the transition to a low-carbon and nuclear-free economy. Our visiting cartoonist Mwelwa Musonko (@MwelxTax) says some might miss the boat.

Germans weigh climate against their wallets

Our visiting cartoonist Mwelwa Musonko (@MwelxTax) from Zambia on the result of many surveys that Germans support the energy transition in principle but grapple with the costs associated with it. 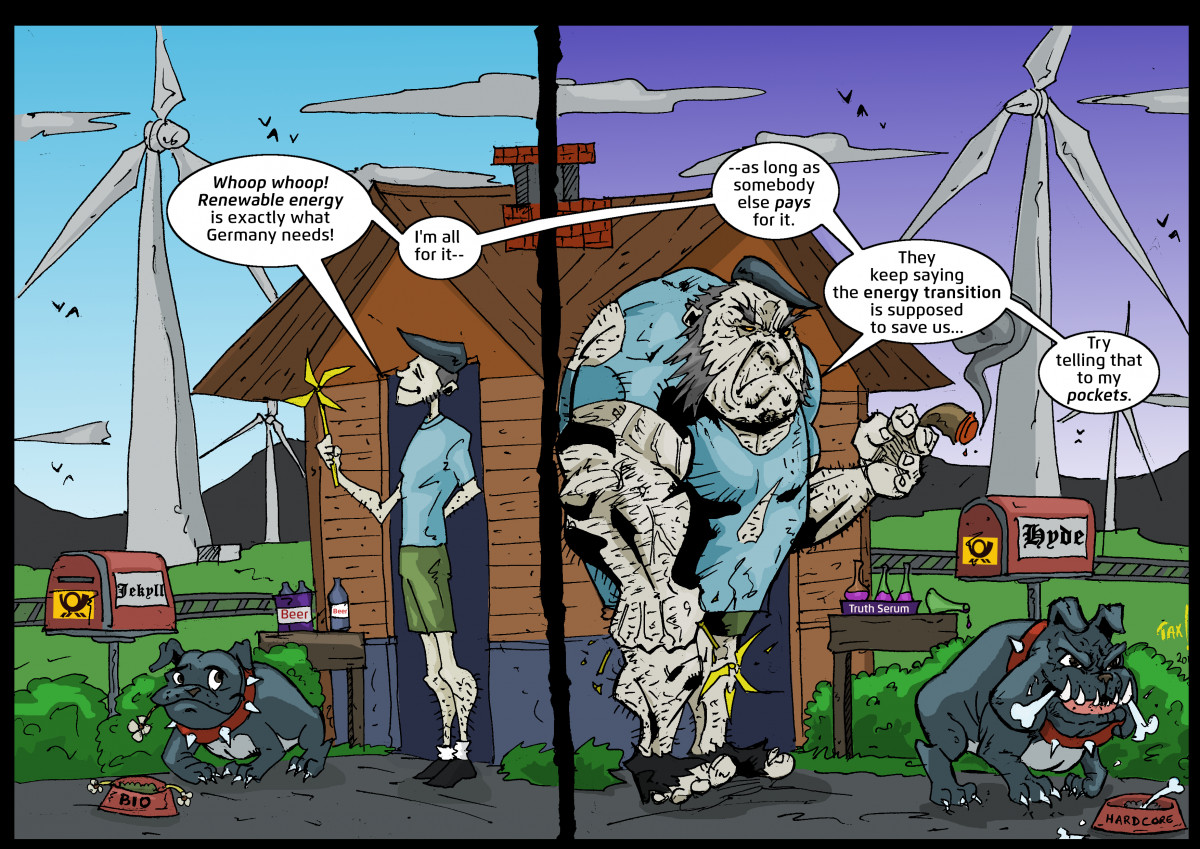 Cartoon: CLEW/Mwelwa Musonko 2018.
All texts created by the Clean Energy Wire are available under a “Creative Commons Attribution 4.0 International Licence (CC BY 4.0)” . They can be copied, shared and made publicly accessible by users so long as they give appropriate credit, provide a link to the license, and indicate if changes were made.
« previous news next news »