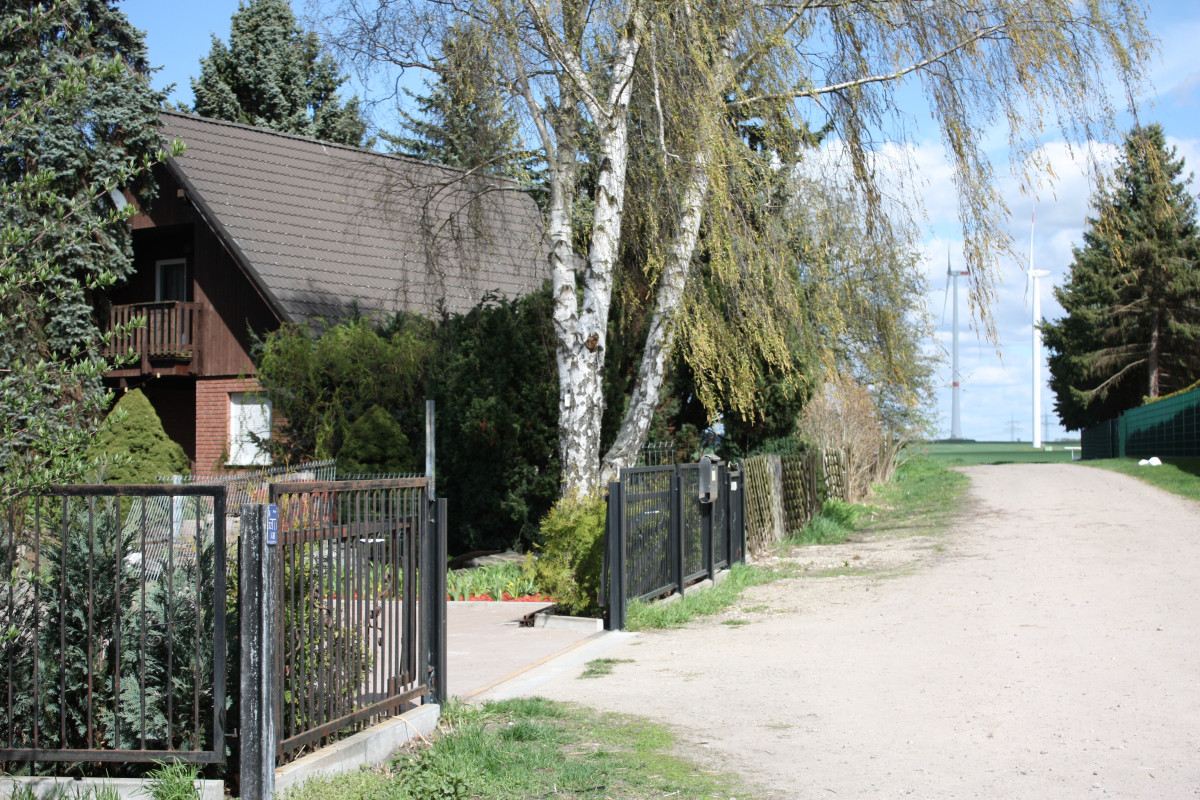 Too close for comfort: new minimum distance rules would stipulate turbines need to be at least 1,000 metres away from residential areas. Photo: CLEW

Government plans to tighten distance rules for onshore wind turbines are a threat to Germany's energy and climate targets, according to stark warnings by industry, trade unions and environmental NGOs. Strict minimum distances to the nearest settlement would sharply reduce the available land area and put onshore wind power expansion in the country in danger, thereby pushing its 2030 energy and climate targets out of reach, they said. The rules have also led to a row between responsible ministries, with the environment ministry vowing to "not take part in anything that endangers the expansion targets." Media reports say it seems increasingly unlikely that an agreement on the draft can be found by next week as planned.

Industry and environmental groups in Germany have criticised government plans for stricter minimum distance rules for onshore wind turbines. In a joint letter seen by Clean Energy Wire, influential industry association BDI, the workers' union group DGB, wind industry association BWE and others said it is “incomprehensible” that the government sticks to tight distance rules of 1,000 metres from the nearest residential area even though the country's 2030 energy and climate targets clearly could not be reached this way. "The planned limitations to onshore wind question the feasibility of all of these targets," the groups said, while environmental group WWF warned the distance rules could even deal a "fatal blow" to onshore wind power in Germany.

The government plans to increase the share of renewable energy in the country's power consumption from currently about 40 to 65 percent by 2030, with onshore wind power projected to be the most important technology for achieving this goal. A higher share of renewable energy also is a prerequisite for reaching the country's emissions reduction targets and needed to replace nuclear and coal plants that are going to be phased out over the next decade. Due to regulatory challenges caused by distance requirements of Germany's aviation authorities and many lawsuits by citizen movements and environmental groups against new turbine installations, onshore wind power expansion already dropped to the lowest level in almost 20 years in 2019.

The legislative package under discussion actually focusses on the coal phase out, but also contains the controversial minimum distance rules. It was compiled by the economy and energy ministry under Peter Altmaier of Chancellor Angela Merkel's conservative CDU party and sent to other ministries for coordination. The draft was criticised for its broad definition of what constitutes residential areas, which means that the minimum distance would also apply to tiny clusters of houses because they would count as "village-like structures."

The lobby groups said the tight distance rules would mean that wind power expansion in Germany "is obstructed for a long time to come and could possibly even come to a standstill." All other efforts to achieve progress in Germany's energy transition would be undermined by this rule, the groups said. Should the draft be implemented unchanged, the law to reduce and end coal power would effectively become a law to reduce and end onshore wind power expansion, said Michael Schäfer, head of climate and energy policy at WWF. 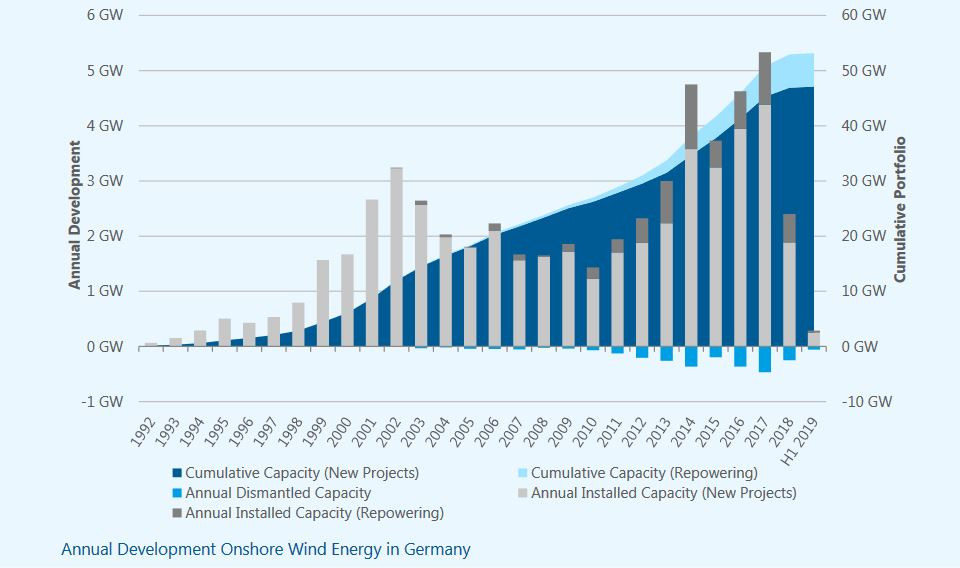 The Federal Environment Agency (UBA) earlier this year already warned that a minimum distance of 1,000 metres would reduce the land available for turbines by 20 to 50 percent and cut potential capacity from 80 gigawatts (GW) to between 40 and 60 GW. This would mean that “sufficient expansion of wind power” to meet climate targets “would be almost impossible”, the UBA said.

The economy ministry presented its legislative package to other ministries for coordination. “Now it is up to the other ministries in the government to examine it quickly so that the bill can quickly reach the cabinet,” said a ministry spokesperson. “In view of the overall economic significance of this step, party tactical games should not play a role.” Aside from legislation on the turbine distance rules and ending coal-fired power generation, the coal exit law package also contains draft amendments for the combined heat and power (CHP) law, the renewables law (EEG) and the federal nature protection law.

Especially the environment ministry (BMU) under Social Democrat (SPD) minister Svenja Schulze is critical of the minimum distance rules, as well as other provisions in the draft. The BMU would "not take part in anything that endangers the expansion targets," state secretary Jochen Flasbarth told newspaper taz and added that negotiations on the draft were only just beginning.

The comment came after Altmaier's economy ministry blamed the environment ministry for the lagging expansion of wind power, citing issues with the species and nature conservation law.

"The economy ministry should not distract from the actual problems of wind power," said a BMU spokesperson. "The dramatic standstill in the expansion of wind power has virtually nothing to do with nature conservation. The real bottlenecks lie elsewhere, from land availability and acceptance to unclear framework conditions."

It seems increasingly unlikely that an agreement on the draft can be found by next week, as originally planned, German media reported.

The core coal exit law serves to spell out in detail the step-by step reduction and end of electricity production using coal in Germany. It follows the coal exit commission's recommendations from earlier this year, and states how much coal power generation capacity will remain in the German power market at future dates.

So far, the text focusses on hard coal, 100 percent of which Germany has to import since the last mine closed in 2018. Here, the capacity reductions will be implemented using auctions organised by the Federal Network Agency (BNetzA) until 2026. In these auctions, coal plant operators can tender capacity volumes to be taken offline, and how much money they demand for the closure. The first auction is planned for mid-2020 for a volume of 4 gigawatts (GW).

Provisions on phasing out lignite – which is mined in Germany’s three lignite regions and thus entails a more severe economic transformation than exiting hard coal – are left blank so far. The government is currently in talks with lignite operators about a plant shut-down timetable and compensation payments, and shutting down open pit lignite mines earlier than planned. “Only once an agreement is reached can the provisions be integrated in the draft law,” said the economy ministry.