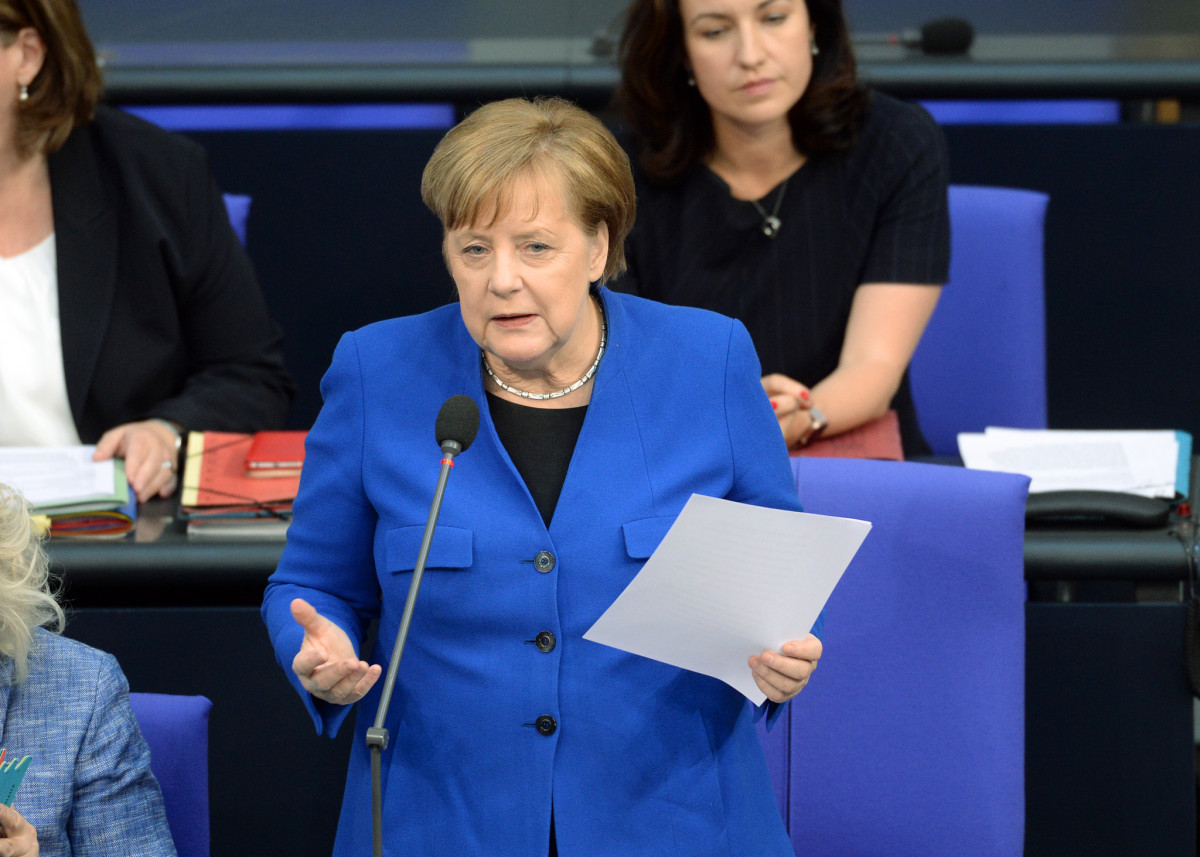 German Chancellor Angela Merkel (CDU) is questioned by parliamentarians in the Bundestag on 10 April 2019 - and puts CO2-pricing on the government's climate agenda. Photo: Bundestag/Melde 2019.

The German government is exploring the introduction of a CO2 price to get the country back on track to reach its ambitious targets for emission cuts. In a turning point in the government's approach to CO2 reduction, Chancellor Angela Merkel told parliament her new ‘climate cabinet’ will incorporate latest proposals and research on CO2 pricing in the transport and heating sectors when drafting legislation to achieve Germany’s 2030 climate targets. Prominent CDU party members had previously insisted that a carbon price was not on the government's agenda.

German Chancellor Angela Merkel (CDU) has put carbon pricing on the government’s agenda as a possible measure to reduce greenhouse gas emissions enough to meet 2030 climate targets. The government’s new ‘climate cabinet’ – a round of ministers with key responsibilities on climate issues – will look at recent expert opinions on CO2 pricing schemes, Merkel said in a question and answers session in parliament on Wednesday. With a wealth of research and advice available on carbon pricing, it would be “ignorant if we did not include the latest reports in our considerations”, Merkel said.

A CO2 price would give incentives to switch to low-carbon technologies in all sectors. It would make renewable electricity cheaper compared to conventional energy sources, and therefore boost its use in different sectors, such as heating or transport - a process often referred to as sector coupling. “There is a common understanding among researchers and politicians that carbon pricing is the next important step,” Löschel told Clean Energy Wire.

The Chancellor’s words mark a turning point in the government’s attitude towards carbon pricing in the non-ETS sectors. Merkel’s close ally, energy minister Peter Altmaier (CDU), has repeatedly refused to consider the introduction of a CO2 price because it was not mentioned in the coalition agreement for the current legislative period. Early suggestions to look into CO2 pricing by environment minister Svenja Schulze (SPD) had been rebuked by Altmaier and other members of the coalition, often citing the French yellow vest protests as a warning as to why such a scheme would not be feasible.

Germany’s government is under pressure to complete a package of measures and legislation that will ensure greenhouse gas reductions of 55 percent by 2030, so as to avoid target failure and costly payments for emission allocations under the European Union’s effort sharing regulation. 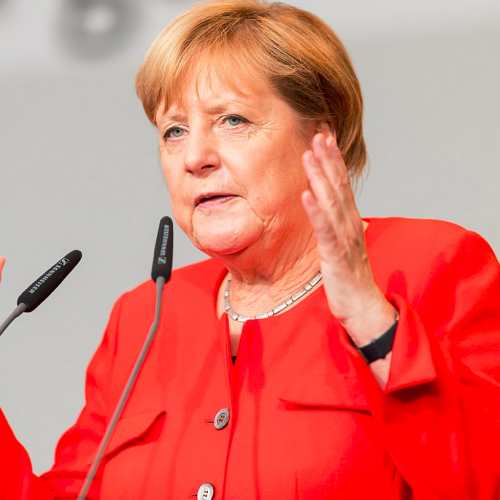 "We would be ignorant if we did not include the latest reports in our considerations [...] We have regulatory law as an option, we have fiscal incentive measures, and we have general CO2 pricing, which we are looking at but for which we have not yet decided. We will, however, include it [in the considerations]"

“We know that the price signals are not uncontested. Let us just take the pricing of CO2 abatement costs in the industrial sector. If the price per tonne rises to over 20 euros, business becomes aware and says: These market-based instruments are not free of effects either," Merkel said. She added it would be preferrable to introduce a CO2 price on an international level.

Merkel stressed there were several options to cut emissions. "We have regulatory law as an option, we have fiscal incentive measures, and we have general CO2-pricing, which we are looking at but we have not yet decided. We will, however, include it [in the considerations]", Merkel said.

A recent expert hearing in parliament highlighted which conflicts within the climate cabinet could flare up when discussing a carbon price: Opinions on whether such a price should be implemented as a tax or a cap-and-trade system, whether there should be a universal price or sector-specific pricing vary widely between experts and parties. Löschel would like to see a carbon price to make electricity cheaper but also use the revenues from the CO2 pricing scheme to reduce existing burdens on renewable electricity. “But the most important thing is that we get started and then build it up over time,” he said.

MP Lukas Köhler from opposition party FDP is one of the proponents of integrating the transport and building sectors into the EU emissions trading system (EU ETS). He told Clean Energy Wire that  “climate action can only be effective and cost-effective with a politically fixed overall CO2 budget and a uniform CO2 price”. If Merkel’s climate cabinet came to the same conclusion, the FDP would support the federal government in the implementation.

A first draft of a binding climate action framework law by environment minister Schulze included not only strict emission budgets for each sector (as already set in the government’s Climate Action Plan 2050) but also a (financial) responsibility by the related ministries to fulfil their annual targets. Merkel said that part of the climate cabinet's work would be to look into recent expert opinions on carbon pricing as another option to the sector-specific approach which Germany had pursued so far in the transport, heating and agriculture sectors.

This part of Schulze’s draft received particularly strong criticism – but, according to Löschel, a CO2 pricing approach doesn’t make these sector budgets redundant. “If these sector targets are used as benchmarks then they are very important to understand the political idea for every sector of the economy.” A CO2 price would provide a big impetus and likely lead to knock-on effects that would achieve more than previously planned in many areas, Löschel said. At the same time, every ministry would still have separate tasks to pursue, such as building up the infrastructure for alternative fuels in the mobility sector or improving public transport, Löschel said.

The FDP’s MP Köhler said he was pleased that the chancellor was questioning the detailed sector targets laid out in the climate action law draft. “Hopefully this will bring a new dynamic to the debate.”

Merkel said that by the end of the year, her cabinet would have relevant legislative proposals ready to be discussed in parliament.