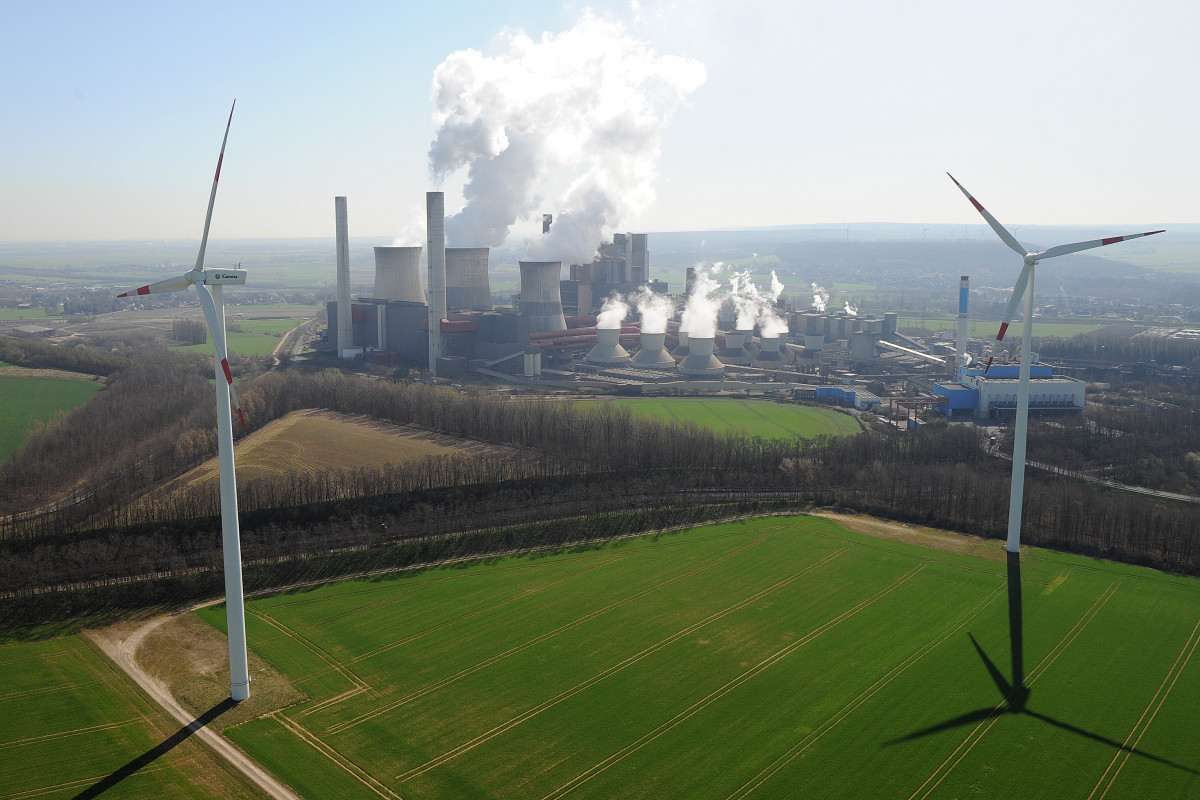 Germany is set to widely miss its climate targets this year, according to a think tank analysis that adds pressure on the chancellor contestants to present plans for rapid emissions cuts. Six weeks before the country's general elections on 26 September, Agora Energiewende forecast that Germany's greenhouse gas emissions will increase by around six percent as the economy rebounds from the effects of the coronavirus pandemic. The renewables industry called the projected rise a "climate policy disaster," while activists urged chancellor candidates to outline how they intend to put climate policy back on track.

Germany will record its largest greenhouse gas emissions rise for 30 years in 2021, as Europe's biggest economy emerges from the effects of the pandemic, energy and climate think tank Agora Energiewende has forecast. The researchers said emissions are set to increase by around 47 million tonnes from last year's level of 739 million tonnes – a rise of around six percent.

"In the election year 2021, Germany will see the highest increase in greenhouse gas emissions since 1990. This surpasses even the increase after the economic crisis of 2009/2010," said Patrick Graichen, the think tank's director. "That's why we now need the biggest immediate climate protection programme that Germany has ever seen."

Following a landmark ruling by its constitutional court saying that present climate policies are insufficient, the government recently stepped up its climate targets and pledged that Germany will become climate neutral by 2045, five years earlier than previously planned.

In 2020, CO2 emissions in Germany fell to 739 million tonnes of CO₂ (see graph). This corresponded to a reduction of 40.8 percent compared to 1990, meaning the country achieved its original target of a 40 percent reduction. But the decline will only be short-lived, because emissions would have only fallen by 37.7 per cent last year without the pandemic's impact, Agora said.

While Germany does not have a sector-wide greenhouse gas emissions reduction target for 2021, this year’s efforts are key to staying on path for the aim to cut emissions by 65 percent by 2030.

"The supposed success of 40 percent emission reduction last year was not effective climate protection, but a flash in the pan, caused by the coronavirus and other one-off effects. In 2021, we will be back on the starting line," Graichen said. The projected rise in emissions this year translates into an emissions reduction of a mere 37 percent from 1990 levels, meaning Germany would miss this target this year.

According to Agora's calculations, the buildings, transport and industry sectors will miss their specific targets for 2021 set out in the Climate Action Law. If emissions rise as projected, the government will be required by law to introduce an emergency programme to lower sectoral emissions. 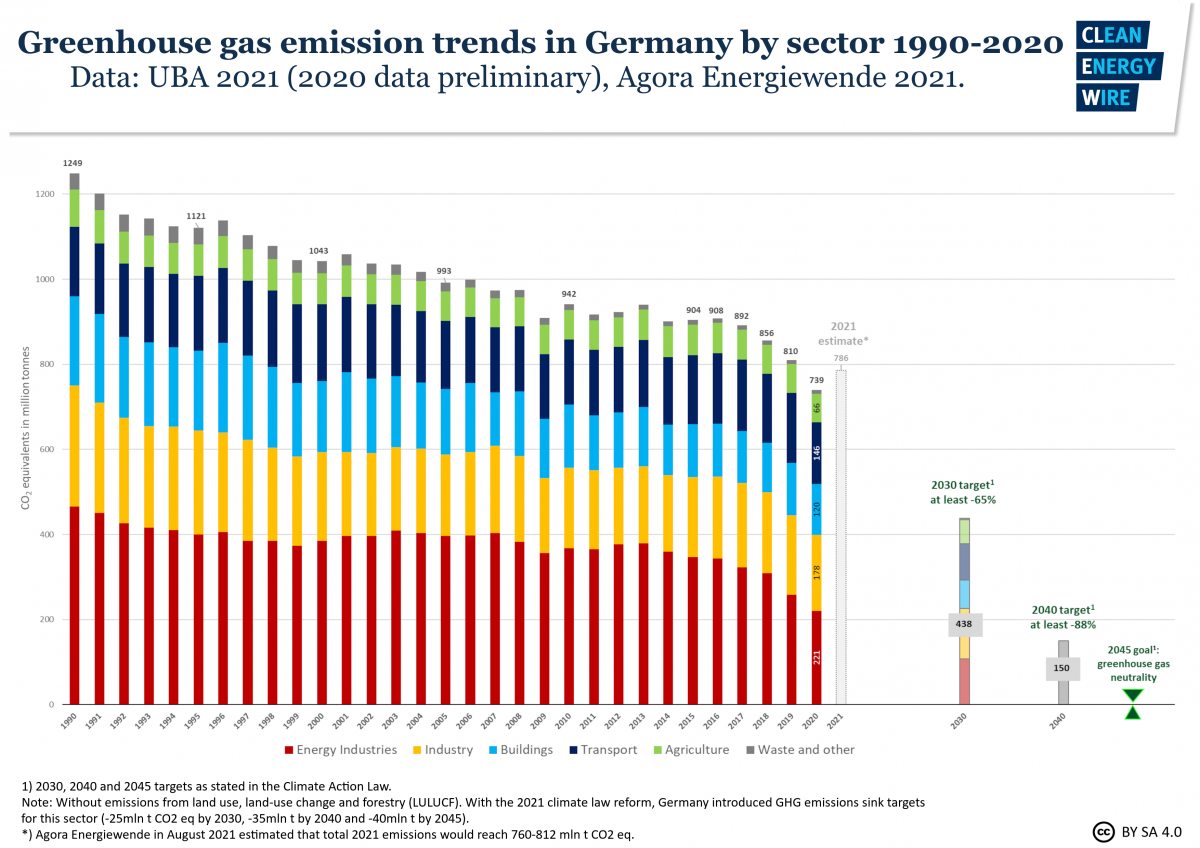 Agora said the next government must present a programme to get climate policy back on course within 100 days of taking office. "This includes an early coal phase-out and tripling the expansion of wind and solar power," the researchers said.

The Agora calculations mirror similar findings by other researchers. The Institute for Applied Ecology (Öko-Institut) said earlier this month that emissions from industry and the energy sector are set to rise this year due to a significant increase in coal use.

Activists said the calculations should be a wake-up call for policymakers and the contestants in next month's elections.

"Effective immediate programmes must now be presented in all ministries. The necessary measures are on the table and can be adopted immediately," said the head of environmental umbrella organisation DNR, Kai Niebert. "The time for 'business as usual' is over. Now, approximate goals must become concrete policies," he added.

Chancellor candidates Armin Laschet (Conservatives), Olaf Scholz (Social Democrats) and Annalena Baerbock (Greens) must outline before the elections how they intend to put Germany back on a path to achieving its climate goals with an emergency climate programme next year, said NGO Germanwatch.

A linear reduction towards Germany's target of cutting emissions by 65 percent by 2030 would translate into a reduction of 42.5 percent this year, Germanwatch said. "The shortfall to the 37 per cent expected by Agora would be immense. The first step to close this enormous gap should be an immediate curtailment of coal-fired power generation in the dirtiest power plants," policy director Christoph Bals said. "We expect every party running in the federal elections to explain what its roadmap is for the necessary structural change," he added.

German energy use on the rise after pandemic dip, natural gas top source for first time