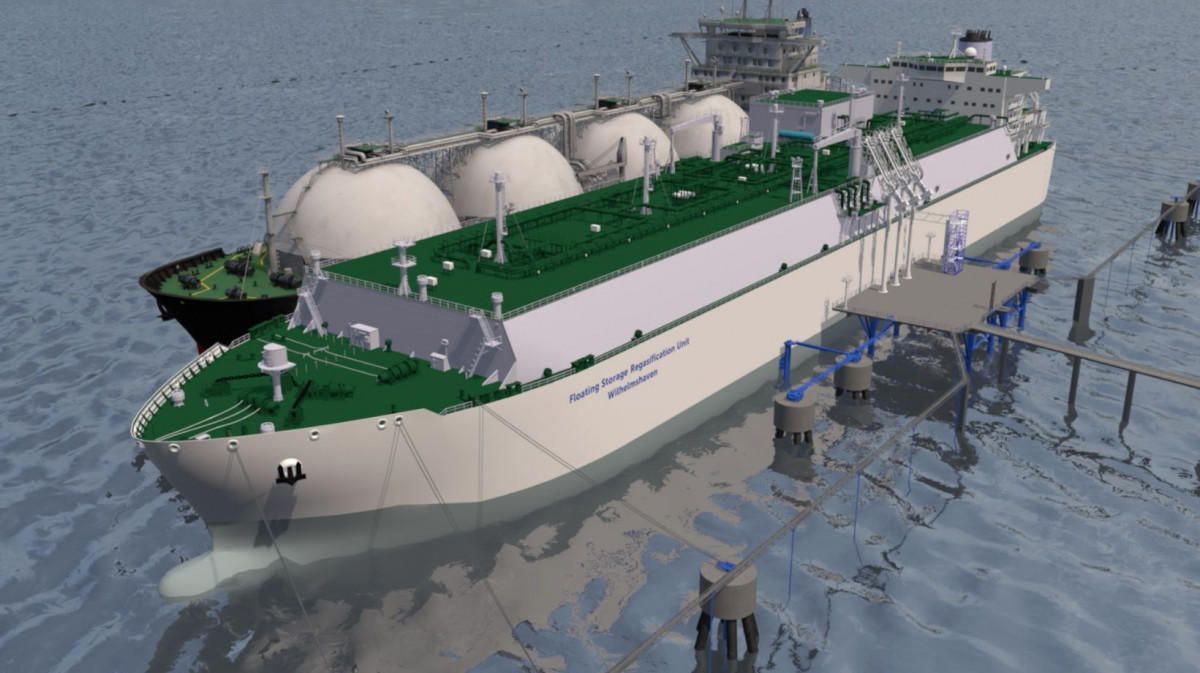 To further its landmark energy transition, the Energiewende, Germany must concentrate on hydrogen technology to support the rollout of renewables, according to the International Energy Agency (IEA). In an in-depth review of Germany's energy policy, the IEA also recommended that the country import liquefied natural gas (LNG) to diversify supply options as the nuclear and coal phase-outs will push up demand for gas. Importing LNG makes more economic sense than using the controversial Nord Stream 2 pipeline to import Russian gas, IEA executive director Fatih Birol suggested. The agency urged Germany to redouble its efforts to push hydrogen technologies and expressed frustration over the country's failure to cut emissions in transport and heating.  [UPDATES detailed comments from economy minister Altmaier and IEA head Birol]

The international Energy Agency has called on Germany to import liquefied natural gas (LNG) to supplement renewables during its phase-out of nuclear and coal power, and redouble its efforts to push hydrogen technologies.

"As the nuclear and coal phase-outs increase Germany’s reliance on natural gas, [it] will be increasingly important for the country to continue efforts to diversify its gas supply options, including through the import of liquefied natural gas," the IEA report said, highlighting that production in the Netherlands will end in the foreseeable future and strip Germany of one of its most important natural gas sources.

Germany will need natural gas as a backup fuel to complement renewables before a more climate-friendly alternative becomes available, the agency said. "Hydrogen derived from renewable sources holds potential as a longer-term solution," said the Paris-based intergovernmental organisation founded in the wake of the 1973 oil crisis.

"To further support the role of renewables, the government will need to ensure a transmission grid expansion and promote the development of hydrogen technology,” said Birol.

The German government is currently discussing a highly anticipated hydrogen strategy, due to be published soon. A leaked economy ministry draft has called for industrial-scale electrolysers and said 20 percent of the hydrogen used in Germany should be made with renewables by 2030.

At the launch of the IEA report in Berlin, German economy minister Peter Altmaier said hydrogen production will be a central pillar of Germany's energy policy of the future, adding that the country strives to maintain and expand its leading position in the technology. He also said Germany will establish import capabilities in cooperation with Gulf States and countries in Africa.

Birol said producing hydrogen with offshore wind power is a promising option, adding that Germany and Europe as a whole are in an excellent position to take leadership. He forecast that scaling up production would substantially lower costs over the coming years.

The IEA regularly conducts detailed reviews of its member countries' energy systems, with the last such analysis for Germany dating back to 2013. "A lot has happened since then," minister Altmaier said, pointing to a new energy efficiency strategy, renewable capacity expansion, and the country's decision to exit coal. 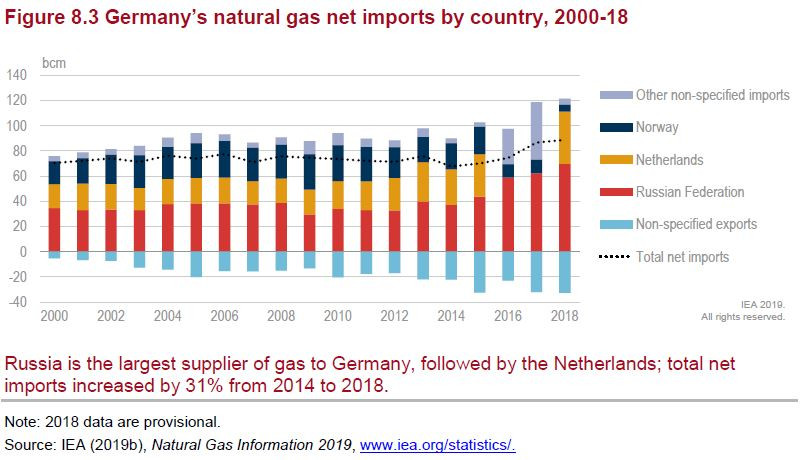 Birol suggested that importing LNG would be cheaper than using the controversial German-Russian Nord Stream 2 gas pipeline. Shortly before its completion, work on the pipeline is currently on hold due to US sanctions.

Birol said the IEA does not evaluate the German government's "commercial decision" to bet on the pipeline project Nord Stream 2. However, he added that the calculus regarding natural gas sources had changed considerably since planning of the pipeline began, and that LNG imports today would be much cheaper than they were five years ago.

"The framework conditions have changed," Birol said, adding that the world currently would see "an era of gas abundance" that brought down prices.

Altmaier agreed with the IEA assessment that demand for fossil gas would increase during a "transitional period." He added that Russia would be only one of many source countries to cover rising demand. The construction of up to three LNG import terminals at the North Sea and Baltic Sea would allow the country to further diversify its sources, said Altmaier.

The IEA commended Germany's "impressive plan" for transforming the energy system and cutting emissions, adding that the country had the largest decline in energy-related CO2 emissions of any EU country last year. But it added that "despite the extraordinary progress in renewable electricity, [the] nuclear phase-out as well as higher electricity exports have offset some of the emissions benefits." However, the coal phase-out could help the country achieve longer-term emissions targets in the electricity sector, according to the agency.

The IEA stressed that extra efforts are needed to boost the roll-out of renewables. The country must "ensure a continued strong investment environment for wind generation, including to address recent social acceptance and permitting issues impacting the onshore wind sector, as well as repowering ageing wind facilities."

Altmaier stressed that Germany already overshot its 2020 target to increase the share of renewable power to 35 percent and achieved almost 45 percent in 2019 "as an industrialised country without significant hydropower resources." However, he added that the goal of reaching a share of 65 percent by 2030 would still be challenging to meet. "We know that we need new installations and with respect to onshore wind power, too little is happening. But we're working on that," he said

The expansion of onshore wind power almost ground to a halt last year because of regulatory hurdles and opposition from local interest groups. But increasing the share of renewables in the country's power mix requires a much broader approach, according to the IEA.

"Continued growth in renewables in line with Germany’s energy and climate targets will require a number of measures for advancing electrification and system integration of renewables, including improvements to taxation and market regulation, and expansion of the transmission and distribution infrastructure, including improving its functionality," the report said.

The problem children: transport and heating

The agency noted that the electricity sector has been shouldering a sizeable share of the Energiewende’s costs and progress. "Other sectors need to follow suit […] now the government must focus its efforts on achieving stronger emissions reductions in the transport and heating sectors."

Transport, in particular, has been the biggest laggard on emissions reduction and the most significant impediment to Germany meeting its greenhouse gas (GHG) targets. Moreover, Germany’s heavy reliance on diesel vehicles in road transport has contributed to rising air pollution, especially nitrogen dioxide emissions."

"Using more renewable energy in heating systems will form a critical element of decarbonising Germany’s heating sector. Given the country's rapid growth in renewable electricity, there is an attractive opportunity to both increase the direct role of renewables in heat generation and pursue sector coupling, to use more renewables-based electricity for heating. However, high electricity costs, driven by levies, charges and taxes (including the Renewable Energy Act surcharge to subsidise renewables) are impeding opportunities to use more electricity in the heating sector, especially in a context of low taxation on fossil fuels."