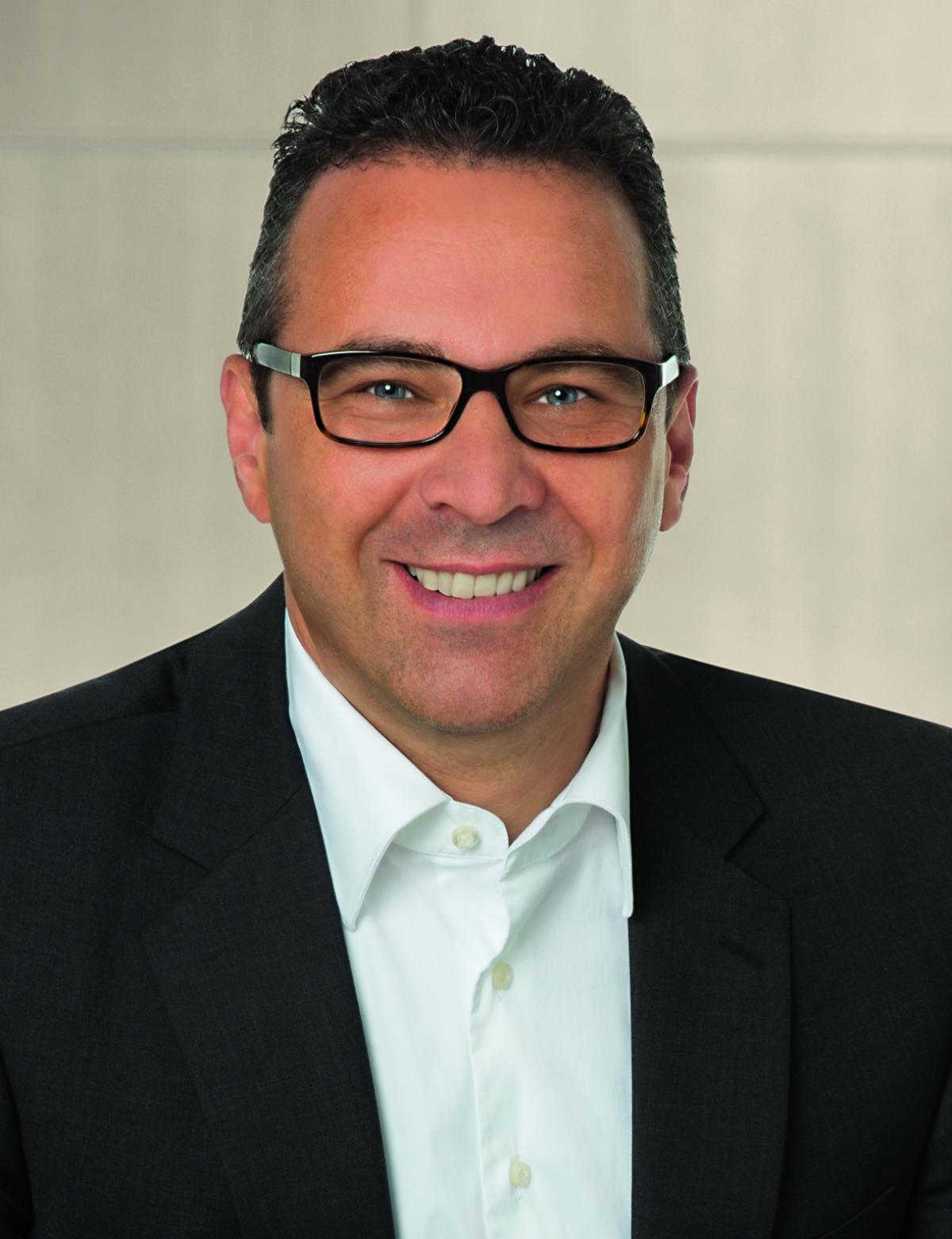 Joachim Pfeiffer is the CDU's energy policy spokesman. Photo: Joachim Pfeiffer
The coalition agreement by Germany's would-be coalition parties CDU/CSU and SPD is a step towards "realistic" Energiewende policy, says CDU energy policy spokesperson Joachim Pfeiffer. He argues a coal exit date for Germany - envisaged in the coalition treaty - is not necessary as the country is on track to meet its pledges made under the Paris Agreement either way. This will partly be due to an ambitious expansion of renewable energy sources, which according to Pfeiffer will be achieved "without any difficulties."

Joachim Pfeiffer: The fact that we will tie the expansion of renewable energies, as well as the special auctions, to grid expansion is the CDU’s contribution. In the context of climate protection, we straightened out the German approach by confirming that we commit to the Paris Agreement’s implementation by setting realistic goals. We want to address the electrification of all sectors, and build further market principles and more European cooperation into the energy transition. To be fair, this is not something we alone are responsible for, but we’ve worked hard for it over the past four years.

Does the agreement stand for a change of course in energy transition policy from the previous grand coalition, or rather for continuity?

Well, the things we got off the ground in the past four years, for instance the introduction of renewable auctions, already point in the right direction. We will continue to roll out, or even intensify and strengthen, apt measures like these.

The reallocation of federal ministries means that the CDU/CSU’s representatives will head several ministries that are closely associated with climate protection and the energy transition, namely the ministry for economy and energy (BMWi), the transport ministry (BMVI), the agriculture ministry (BML), and the construction department, which moves from the environment ministry (BMUB) to the CSU-led ministry for the interior (BMI). What will your party do with the sway it now holds over Germany’s climate and energy policy?

You’re right, if you include digitalisation [which rests within the BMVI], all relevant sectors now lie in our hands. Competition was keen for the ministries during the coalition negotiations, and of course I’m happy with the outcome. But others in my party are not happy to see that the foreign ministry and the finance ministry are now both led by the SPD. So there has been no systematic takeover of ministries that are relevant for the energy transition. I cannot say what we will be doing next as we’re not even allowed to start our work yet, because the SPD members’ vote on the coalition agreement is still pending. A lot of ground work has been done [under the SPD] in the ministry for economy and energy in the past four years, and I hope we will be able to bring even more market principles into this ministry’s activities.

Could you be more specific? Would a CO2 price be an appropriate market-based tool? This was discussed intensively during the preparation of the coalition agreement, but in the end was only very vaguely formulated in the final document.

I think the idea of a national CO2 price is completely wrong, make no mistake. We have the European Emissions Trading System (ETS) in place, and we should rather strengthen this tool and extend it to other sectors. Setting special national goals or introducing special national tools is the wrong approach, but I’m confident that it will be possible to devise a more realistic policy at the European level and improve coordination there.

The coalition agreement states that cooperation on carbon pricing will be intensified, especially with France. If you reject a national approach, could one that includes a few consenting countries, such as Germany, France, and other EU states, be a viable option?

The coalition agreement may well state this, but I’m generally not a big fan of this idea. I’m convinced that this has to be done within the common European market. I think that the ETS is functioning, it achieves the desired effects in terms of quantity. I support European, market-based solutions, but say no to planned economy, state intervention, or national solo attempts.

You say the ETS works, but many people would disagree. They argue that allowance prices are too low to bring about the required level of emissions reduction. Do you think there’s nothing to be changed?

Adjustments at the European level are already taking place, and I’d say that in the longer run other sectors, namely heating and transport, must be included in the ETS.

Germany will most likely miss its 2020 climate target, despite promises by Chancellor Angela Merkel that this was not going to happen. What gives ground for optimism that things will be different with the 2030 target?

The 2020 target was not even formulated within the Paris Agreement’s framework, and it was higher than necessary. Also, it was announced under completely different circumstances, when the running time of nuclear plants was extended, and it hasn’t been amended since. It’s always been a very ambitious target, but now realism has taken over. I don’t even want to get stuck debating targets. We’re moving in the right direction, irrespective of whether we’ll reach the target a bit earlier or a bit later. Everything else means just being obsessed with dates.

But given the way things currently stand, the 2020 target will be missed by a very wide margin.

Again, we’re moving in the right direction. I don’t see a problem. And we did discuss ways [during the coalition negotiations] to further close the gap by 2020.

Is the 2030 target less ambitious and more realistic than the 2020 one?

It’s about getting things done in a European context. The 2030 target is in line with the Paris Agreement, and that’s how it should be. The 2020 target has nothing to do with any international agreement, neither with the Kyoto Protocol nor with Paris or with anything else. It’s nothing more than a unilateral, national target.

What exactly has to happen in a European context for Germany to meet its 2030 target?

We are already on the way there, and should let the existing measures take effect instead of inventing even more targets. More market, more competition, more Europe – these are my keywords.

During the collapsed ‘Jamaica coalition’ talks with the Green Party and the pro-business FDP, your party agreed to retiring 7GW of coal capacity. Was this figure discussed in any way with the SPD this time, or was an immediate reduction of coal-fired power production never an issue at all?

The debate with the Greens was ludicrous and detached from reality. We have a trading system that allocates emissions at a European level. If we now retire coal plants in Germany to save CO2, this will have zero effect on the climate, because others will use this capacity to emit CO2 elsewhere. The debate over this was never based on facts, it was merely psychology and the Greens’ lunacy, to be honest. Once the changes to the ETS take effect, by 2021 or 2022, it will be possible to delete excessive quantities. This cannot be done now. Coal is already retreating anyway. This coalition agreement contains more realism than the one with the Greens would have had on this matter.

So even the 5GW coal capacity reduction that the CDU/CSU initially offered to the Greens was just a concession that had no substance behind it?

It was a strictly national perspective, without any benefits for climate policy. It was meant for the Greens to present something to their voters but, like I said, it was toothless in terms of climate protection. What we have agreed on now is more realistic, and we will meet our Paris pledges. That’s our goal. This obsession with dates is mere window dressing, and I think this should be made clear to everyone.

The conservatives and the SPD agreed to establish a special commission that will be charged with managing the phase-out of coal-fired power production in Germany. Will it assess whether there’s an excess coal capacity in the German power mix, or would this be a futile exercise?

We’ll see. This special commission will start its work without a predefined result, and its task will be to find a balance between climate action, supply security, and affordability of energy. It will also assess grid capacity, look into the European single market, and all the other aspects that are relevant here.

Will it also come up with a roadmap and an end date for coal power?

I think a fixed exit date is not necessary. We [in Germany] have decided to exit nuclear energy by a fixed date, even though that was nonsense as far as the climate is concerned. But it was what the vast majority of people in the country wanted. However, it is clear that we cannot simultaneously exit coal as well. The result is that we now have a residual capacity of coal and gas. This capacity will largely have to be gone by 2050. We don’t need a date. But we will set up this commission now and it will identify the conditions under which we can end coal-fired power production.

Do you fully support the coalition agreement’s provision to expand renewable energy capacity to 65 percent of power consumption by 2030?

I think this target will be met without any difficulties. Some studies even suggest that we might overshoot our target in the power sector, so I’m not concerned at all. What I’m more concerned about is the performance of the transport and heating sectors. And in terms of the power sector, I don’t think we have a problem with power production, but rather with power transmission, meaning grid expansion. Without that, any renewables expansion is pointless. We will also have to look at the storage question, and at costs. We’ve looked at renewable power production alone for too long.