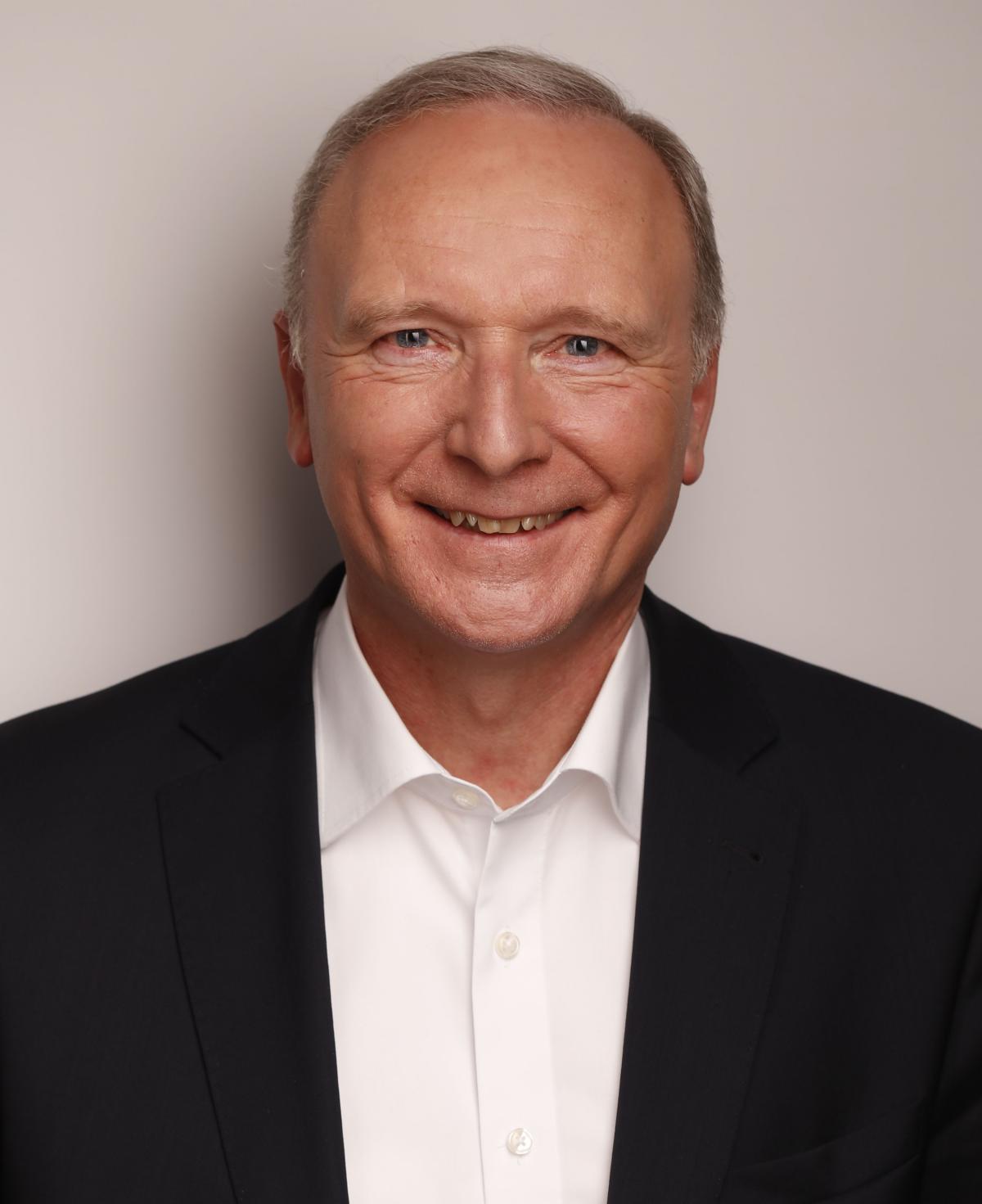 Bernd Westphal is the SPD's energy policy spokesman. Photo: Westphal.
Agreeing on climate and energy policy was one of the simpler tasks during Germany's coalition negotiations, says Social Democratic (SPD) energy spokesman Bernd Westphal. However, he concedes that the challenges awaiting the country in terms of further integrating renewable energy sources and reducing emissions are going to be significant. While the SPD's and Conservatives' decision to water down Germany's 2020 climate goal was "no drama," there will be "no more excuses" in 2030, Westphal says.

Clean Energy Wire: Mr. Westphal, a draft on energy and climate agreements was among the first things to emerge from the coalition treaty. Was it very difficult to hammer out an agreement with the conservatives on climate and energy policy?

Bernd Westphal: Of course, a few points had to be discussed intensively. But it was clear from the onset that these were not among the policy areas that would lead to a collapse of negotiations.

The CDU’s energy policy negotiator, Armin Laschet, has called the agreement on climate and energy a “good compromise.” What did the SPD have to give up to reach this compromise?

We’ve all entered the negotiations knowing that we have a common goal, namely making Germany’s energy transition a success. We defined the surrounding conditions with the aim of reaching our climate targets on the one hand, and preserving industrial value creation on the other. These must go hand in hand.

And this is why it’s so important to keep an eye on the costs and on supply security. If we retire a large amount of conventional power sources, this of course will affect our supply security. And if we now say that we want to achieve a share of 65 percent renewables in power consumption by 2030, that’s an ambitious goal.

Indeed, the Federal Network Agency (BNetzA) has also pointed out that the 65 percent goal might in fact be too ambitious for grid expansion to deliver. Do you think this concern has been overcome?

No, it has not been overcome yet. That’s why our formulations on grid expansion take up so much space in the treaty. We will try to figure out if we can accelerate the necessary expansion work, and analyse in-depth the main reasons for the current delay. Before we’ve achieved that, there will be no major renewables expansion. That’s why we’ve written “synchronised with grid capacity” in the treaty.

We will also look into possibilities for grid management, assess digital control options, and consider other small adjustments that could all make a contribution. But it’s clear that we have to find a solution for transmitting the electricity produced up north to consumers down south.

A lot of the related problems arise not on the federal level, but rather on the ground in the affected regions, where the big power transmission lines are to be built. Do you think that this process will become smoother over the next few years?

Well, some state premiers, for instance in Thuringia, will have to moderate themselves a bit. We cannot continue to examine yet another alternative route, and wait for yet another year. This has to be rushed through now. But certain aspects do make me optimistic. We already have new technologies at our disposal that make the construction of power lines more environmentally friendly, and I strongly advocate using it. Especially in regions where we’ve said we want to put the cables into the ground, these new technologies could help a lot. They allow us to construct the transmission lines without having to clear a route that spans 40 metres across.

Are you confident that the commission tasked with managing the coal-exit, officially called "Special Commission on Growth, Structural Economic Change and Employment," will be more successful in brokering the details of a German coal exit than the parties’ negotiators would have been during the coalition talks?

If you look at how it worked for nuclear energy, it does make sense to involve all relevant actors, such as businesses, labour unions, the federal states, local authorities, and environmental organisations, and to bring them to the same table to settle an issue like this. We need a roadmap for exiting coal that adheres to the energy economy parameters of supply security, affordability, and environmental sustainability that this commission will determine.

I think this approach is better suited than the haggling over retiring 5 or 7 gigawatts that we’ve seen during the ‘Jamaica coalition’ talks. We will set an end date for coal-fired power production, both for hard coal and lignite. That’s quite some task to fulfil, and we’d better set up a commission to start the dialogue as soon as possible, and to come up with results by the end of the year.

Can we expect the commission to set a clear end date by the beginning of 2019?

Absolutely, that’s what I think will happen.

In the SPD’s view, what will this commission ideally look like?

There will be a representative from every party’s group in the federal parliament, and also representatives of the federal states that are most affected. This is a limited group, consisting of North Rhine-Westphalia, Brandenburg, Saxony-Anhalt, and Saxony. The states’ economy ministers will probably be members of the commission, as this is about structural economic change and not just about finding an end date for coal. We need to develop alternative economic perspectives for these regions, and this has to happen in parallel.

The federal government can do a lot here, for instance it can examine if these regions can be connected to the national high-speed rail network, or if a new Fraunhofer research institute for storage technology and batteries can be set up in Cottbus, in the coal mining region of Lusatia. Tasks like these will have to be tackled now by the policymakers. And the affected companies, like LEAG and RWE, also have a responsibility to revisit their own capabilities and identify what they themselves can do in terms of developing alternative lines of business, such as storage technology, or find alternative uses for their mining areas and plant locations.

You’ve already mentioned the ill-fated ‘Jamaica coalition’ talks and the “haggling” over the amount of coal capacity that could be retired. Did the question of how many gigawatts of capacity can be shut down in the short run not play a role at all during your talks with the conservatives?

You see, this must be discussed in very broad terms and with everyone involved. This is what the special commission is for, and this is also why we will come up with something similar in the construction and transport sectors. We will identify tasks to be carried out to come as close as possible to reaching our 2020 climate goal [of reducing emissions by 40 percent compared to 1990 levels], and will also sketch out the path until 2030.

I think it’s a responsible policy approach, which gives the commission a clear framework and a clear mandate. During the Jamaica talks, there was nothing like an end date for coal in sight. And, in any case, keeping an eye on the social balance is a more responsible approach than that taken by the Jamaica negotiators. At issue here is not only coal, but several other things.

If you say that the 2030 goal is now definitive, one could argue that this is a conveniently remote objective. Meanwhile, the 2020 goal will most likely be missed. Will there be an analysis of why this latter goal will not be reached, and what will have to change to reach the one set for 2030?

To be fair, when we came up with the 2020 goal the conditions were very different. CO2-free nuclear energy was to remain in use for longer, for example. Also, the strong economic growth we’ve witnessed over the last couple of years could not be foreseen ten years ago. All of these conditions had changed, and this justifies an adjustment of the goal. That’s no drama. If we manage to reach the goal in 2022 or 2023, this might not be the ideal solution, but it is acceptable.

But the 2030 goal is legally binding, there will be no excuses anymore. We will have to find a clearly defined path for the 2020s to avoid finding ourselves in the same situation in 2028 that we are in now. We will no longer be allowed to say ‘we didn’t see this coming’. We have to clearly state what needs to happen in the construction sector, in the transport sector, in energy efficiency, and so on.

As for the way Germany will finance its energy transition in the coming years, a lot of ideas have been floated ahead of the coalition talks. The treaty, however, remains remarkably vague on topics like a CO2 price. Can we expect a more concrete approach on this matter soon?

Regardless of what we could have put into the treaty now, we will have to thoroughly discuss the energy transition’s financing in the next four years. The Renewable Energy Act (EEG) is a form of knock-on financing for technologies that by now have already established themselves and benefit from economies of scale and learning curves. The auctions introduced last year already show us how much prices have fallen for solar power and wind power.

We’ll now look into how we could finance parts of this via the federal budget. In more general terms, we will have to discuss how support costs could be brought down. It can’t go on like this. If we don’t look at the costs, we risk losing the citizens’ acceptance. But it’s also clear that we will have to put a price tag on what we want to reduce, namely CO2.

This has to happen for the sectors outside the ETS [European Emissions Trading System], but, as Social Democrats, we will have to keep an eye on the social balance. We cannot punish those living in rural areas without access to district or gas heating networks by taxing them for having to store 4,000 litres of heating oil in their basement. Or those who drive an old diesel car and have to commute 30 or 40 kilometres to work every day. We must keep all these things in mind. But, of course, there are also ways to make this work, such as reducing the power tax to the European minimum, or making commuters’ mileage tax deductible.

Do you think the SPD members will greenlight your plans for a renewal of the grand coalition?

I am confident they will, yes.