Auctions to set the price for wind and solar - the debate 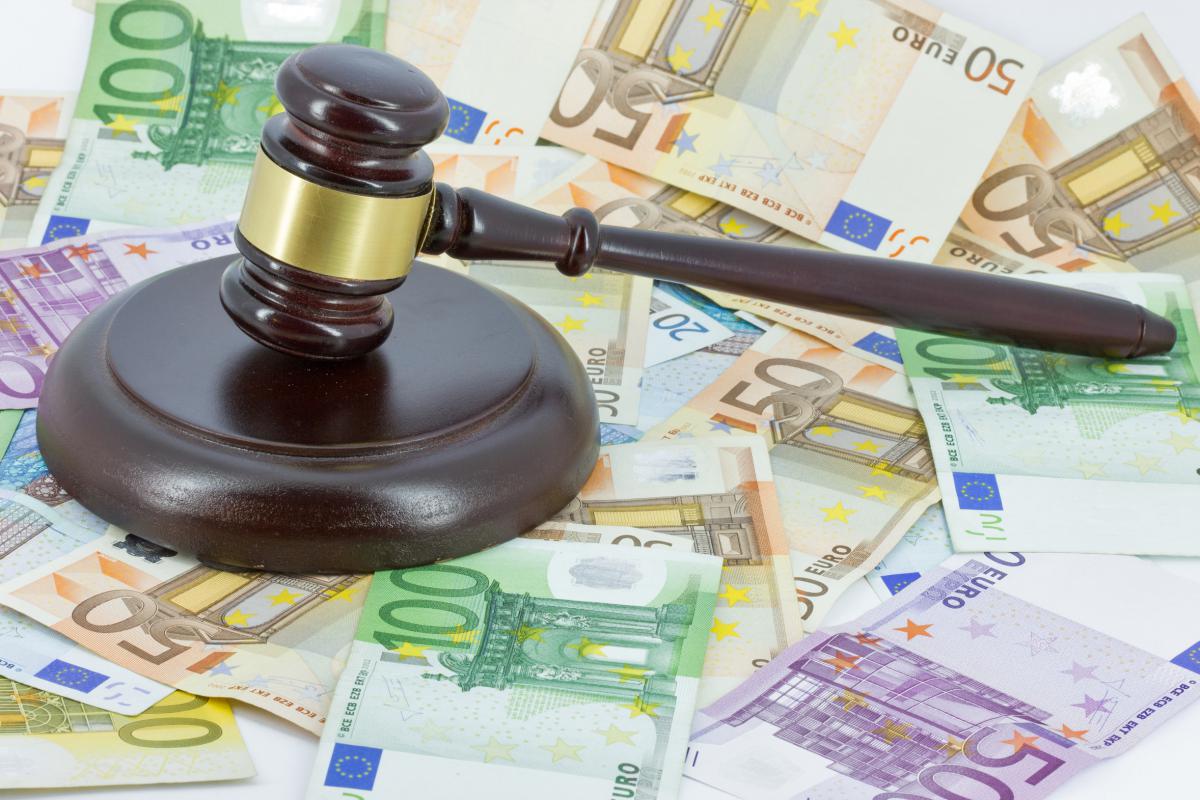 Photo: © Vladislav Gajic / Fotolia
[Updated 11 April with results from fourth round of solar PV auctions] Feed-in tariffs (FITs) have driven the expansion of renewable energy in Germany, but in 2014 the government decided to gradually replace them with an auction system. The idea is to introduce market-based incentives for renewables investors, instead of state-determined payments for every kilowatt-hour of green power fed into the system. A trial auction system began in 2015 for large-scale, ground-mounted photovoltaic plants. By 2017 a reformed Renewable Energy Act should introduce auctions for onshore and offshore wind parks and expand to roof-mounted solar arrays as well. The following is CLEW’s blow-by-blow account of the auction debate, including the latest proposals and reactions from stakeholders.

See an overview of the ministry’s proposal and a timeline for EEG reform here.

21 bidders out of 108 have won the fourth tender to build a total of 128 megawatts (MW) of solar PV installations in Germany. The fourth round of pilot PV tenders followed the “pay-as-bid” procedure. It resulted in an average price of 7.41 cents/kilowatt-hour, the Federal Network Agency said in a first estimate. “That the price has decreased further shows that there is high competition in the market,” said agency president Jochen Homann. The bidders proposed building 540 MW of solar PV capacity but the tender was limited to around 125 MW.

“Pilot tenders for photovoltaics have been a success”

The energy ministry (BMWi) has published a field report on the photovoltaics pilot tender in 2015, which was passed by the government on Wednesday. “Competition in all three auctions was high and prices fell from round to round, which was good news for consumers,” the BMWi said. Prices fell from 9.17 cent per kilowatt-hour to 8.49 ct/kWh, to 8 ct/kWh. Small bidders also managed to win tenders in the second and third rounds.
The experience from the first year of pilot tenders for photovoltaic installations will be used to develop auction designs for other renewable technologies, which are planned to come into effect after a reformed Renewable Energy Act is passed later this year.

In Germany’s third round of tenders for large-scale solar arrays, private individuals and co-operatives were among the successful bidders for the first time. The Federal Grid Agency (Bundesnetzagentur) said it accepted 43 bids with a total capacity of 204 MW, out of a total of 127 bids with 562 MW. “The positive impression from the first two auctions has been confirmed: The competition again led to a lower price for the support of ground-mounted solar arrays,” said Jochen Homann, the agency’s president.

With its transition to auctions for determining financial support for most renewable power systems, the energy ministry plans a new era for renewables in Germany, writes Michael Bauchmüller in an article in Süddeutsche Zeitung. The ministry has sent a draft paper broadly outlining the reforms to the government’s parliamentary groups, according to Bauchmüller. In a separate commentary on the proposals, Bauchmüller writes that the previous system of fixed feed-in tariffs was a great system to get renewables off the ground. But now the time has come for an auction-based system because this could lower the costs for all power consumers. But he says the technical requirements of the new system would put private individuals or community-based projects at a disadvantage and the currently-planned advice was not enough.

A spokeswoman from the energy ministry told the Clean Energy Wire that the new draft was in line with a paper published in July. “There isn’t really anything new in this paper,” the spokeswoman said. “The works on a first draft law are ongoing and this is just one of the intermediate steps.”

Germany’s second-ever photovoltaic tendering round has resulted in 33 successful bids, granting support for 159.7 megawatts (MW) of solar capacity, the Federal Network Agency announced on Thursday. The pilot tender was more than 3 times oversubscribed with 136 bids for 558 MW capacity. Peter Franke, vice-president of the Federal Network Agency, rated this as a sign for “real competition,” saying the high participation was a good sign for the Energiewende. “The second round has also shown that PV facility operators perceived as less professional, can provide power at competitive prices and win tenders,” Franke said. Large project developers were however the most successful, the agency statement said. The unit price for the successful bids will be announced in September.
The German Renewable Energy Federation (BEE) criticised the volume of the pilot tenders as too low. Germany would miss the EU target of 18 percent renewables in final energy consumption by 2020 if the PV volumes tendered weren’t increased. The government was trying to achieve too many contradicting things at the same time: a large variety of actors, the renewable development target, and keeping costs stable.
The first round of PV auctions in April 2015 had been conducted under “pay-as-bid” rules while the August tender followed the “uniform pricing” system where the highest successful bid sets the price for all other successful tenders.

Second round of auction trials for photovoltaics concluded

State secretary at the Ministry for Economic Affairs and Energy (BMWi), Rainer Baake, said that the second round of auctions had been successful and that he was curious how the results of the uniform pricing system would influence prices.

Bioenergy associations BBE and FvB welcome news that the ministry is considering how biogas plants will be operated after their feed-in tariffs run out. But they are critical that a decision on the issue has been pushed too far into the future and say that tenders – which are currently not envisaged by the ministry to be used for bioenergy projects – would open new possibilities for the bioenergy sector. Farmers’ association DBV said farmers operating biogas plants needed a concrete schedule as to when there would be tenders for biomass because otherwise they would not invest in new storage, generators and other upgrades. This could lead to a whole wave of plants being decommissioned at a time when Germany’s last nuclear power stations are going offline.

Find a short assessment of the ministry proposals by the BBE, FvB and DBV in German here.

“Suggestions on auctions for onshore wind lack provisions for SMEs”

It’s the small- and medium-sized enterprises (SMEs) that are driving innovation and have helped the German wind power industry make it to the top, the German wind power association (BWE) points out. The suggestions for onshore wind auctions lack provisions to ensure these actors can maintain their momentum, the BWE says. The EEG with its feed-in tariffs was by far the best instrument to reach renewables development targets. The annual volume for potential onshore auctions should be set at 5,000 megawatts, the BWE says. Read more in German >

It was “regrettable and politically wrong” that the German government is not in step with EU law in its proposal for onshore wind tenders, Marcel Keiffenheim, head of energy policy at Greenpeace Energy said. The ministry proposal neglects exemptions for small, new wind power projects of up to 6 MW of capacity. This would likely prevent groups of local citizens from developing new projects. Read more in German >

Rules for PV auctions are too conservative

The BDEW welcomes the ministry’s approach to onshore wind power tenders. It is however regrettable, BDEW chairwoman Hildegard Müller said, that the proposal is very conservative when it comes to PV auctions. “Because of the great importance of PV for Germany’s renewable goals, their development should be as cost-efficient and target-orientated as possible,” Müller said. The BDEW is particularly worried about the pressure that small PV arrays (which are not included in the tender) put on the transmission grid. Read more in German >

By introducing auctions for renewable technologies, Germany is conducting an experiment that has had mainly negative results abroad, Hermann Falk, director at BEE said. The BEE fears that small, citizen-owned renewables projects could disappear from the market. The tender model would hinder investment by citizens and thus undermine public acceptance for the energy transition, Falk said. This was one of the lessons learned from the PV auction trial this year. Auctions would increase costs because risks and transaction costs would be higher, he said. Read more in German >

In July 2015, the Ministry for Economic Affairs and Energy (BMWi) launched the consultation process for reforming the Renewable Energy Act (EEG) by publishing proposals for an auction design for renewable power projects. As of 2017, a tender system would replace current feed-in tariffs paid to renewables producers to help finance renewable power development. The auction system is being piloted on ground-mounted photovoltaics (PV) this year. The idea is to change to the tender system for onshore and offshore wind power and for large photovoltaics both on the ground and on rooftops in 2017. This would mean that over 80 percent of annual additions to renewable capacity would be auctioned, according to the ministry paper. The ministry suggests that payments to small PV projects as well as biomass, hydro-power and geothermal facilities should continue to be determined by the state (EEG 2014).
The ministry’s suggestions are based on three overall goals:

The ministry further suggests differences in the auction design  for onshore and offshore wind power and photovoltaic arrays on houses to make sure the auctions cater to the specific framework conditions of each technology.

By the end of this year, the ministry will also present a regulation for at least partially opening renewable tenders in Germany to project developers from other European countries. A test run is scheduled to start on free-standing PV facilities in 2016.

Timeline (according to ministry):

January 2015: Draft of Renewable Energy Law 2016 to be consulted with states and stakeholders.

Late 2016: First round of auctions for different technologies.

BMWi’s suggestions for the auction design in German here.