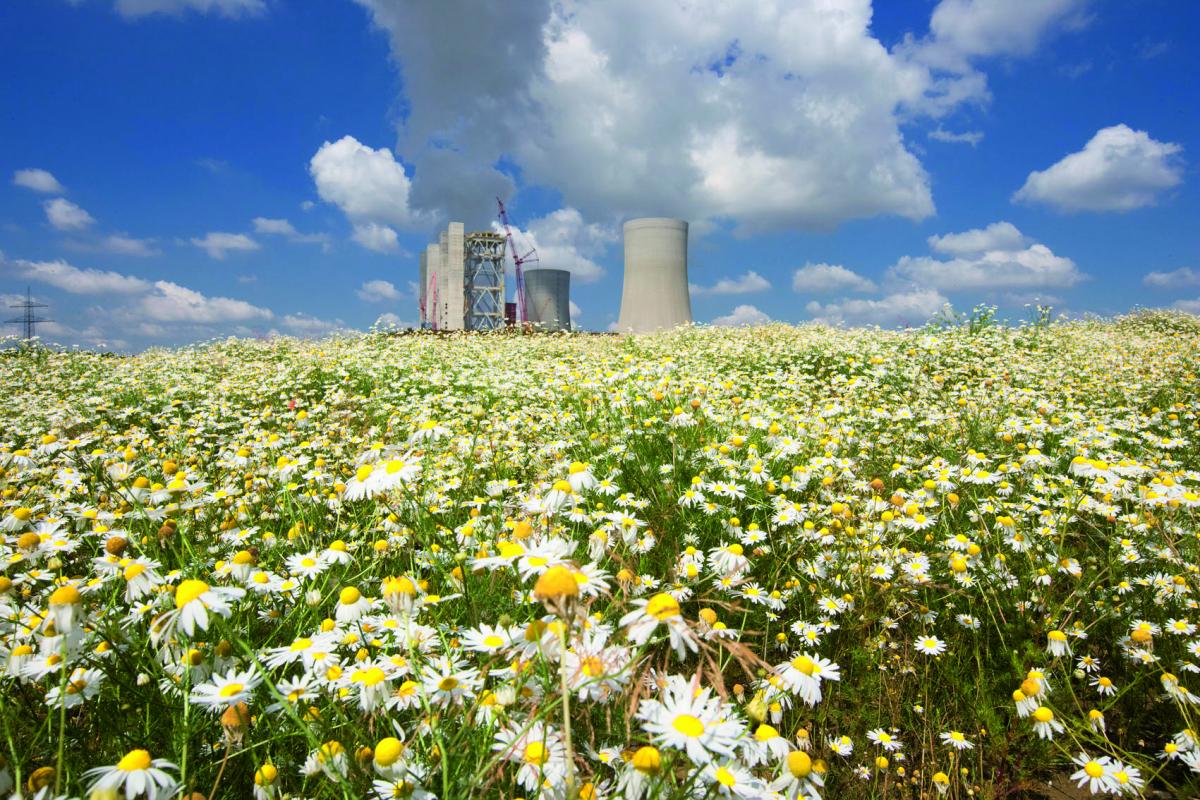 RWE's Neurath coal power plant, a majour source of carbon emissions. Photo: RWE
The German coalition talks on climate and energy policy stumble over a dispute over the reduction of coal fired power production. Just days before exploratory talks are scheduled to finish, the Green Party and its negotiating partners from Chancellor Angela Merkel’s conservatives and the FDP are at odds over the exact level of emissions reduction that Germany needs to meet its national climate protection targets. For now, the parties remain unable to agree on the coal-based power capacity that has to go off the grid by 2020. On the talks' home stretch, government agencies weigh in to inform the party debate. [Updates with Merkel comments at the COP23 climate summit.]

Germany’s aspiring coalition parties have become stuck in a row over the speed and urgency of phasing out coal-fired power production. On the home stretch of exploratory talks that are set to finish by the end of the week, the Green Party and its negotiating partners, Chancellor Angela Merkel's conservative CDU/CSU alliance and the pro-business party FDP, are at odds over the validity of different projection scenarios for the cuts in carbon emissions needed meet the imperilled national 2020 climate targets.

Merkel disappointed hopes for a strong statement on the country's climate goals and the question of coal at the global climate conference COP23 in Bonn. Coal, especially lignite, had to “make a significant contribution to reach the targets. But how exactly, that’s what we will have to discuss very precisely in the coming days,” Merkel said.

The Green Party said an offer by its possible Jamaica coalition partners to quickly reduce the country’s coal power capacity by up to 5 gigawatt (GW) will not enable Germany to meet its targets as progress in emissions reduction has been much slower than anticipated.

“What has been tabled is not enough”, Green Party co-leader Simone Peter said. The Greens call for an additional emissions reduction of over 90 million tonnes, corresponding roughly to 8 to 10 GW in coal power reduction. They base their demand on calculations by the German environment ministry (BMUB) and the think tank Agora Energiewende*, arguing that without additional reduction efforts, emissions in 2020 will be reduced by no more than 32.5 percent compared to 1990 levels, instead of 40 percent as stipulated by the country’s climate targets.

The conservatives and the FDP, on the other hand, say a reduction of 32 to 66 million tonnes appears sufficient, as the government’s latest projection report suggests that the gap between the current and the projected 2020 emission level is much smaller.

Germany’s Federal Environmental Agency (UBA) weighed in on the contentious issue, saying a reduction of up to 65 million tonnes in carbon emissions already meant the 2020 gap would get closed “by a good bit”. It argued that a coal capacity reduction of 5GW was enough to bring about necessary changes “in the short run”.

The UBA’s assessment of capacity reductions corresponded to the offer made by the conservatives and the FDP, who also argued taking more coal power off the grid would threaten power supply.

But an unofficial document by Germany’s economy & energy ministry (BMWi) and the Federal Grid Agency (BNetzA) seen by the Clean Energy Wire contradicted this assertion. Germany could shut down at least 7GW of coal capacity by 2020 without having to compromise on its supply security, the internal paper says. In a European energy system, supply would be secure even during longer periods of little wind and sunshine in winter, and it would also be safe after the last nuclear power plant shuts down in 2022, it says.

The paper by the ministry and the grid agency goes even further to assert that taking coal capacity off grid might actually improve the grid’s stability because many of the affected plants had a “burdening” effect on it. A spokesperson said the paper was not part of the ministry's official communication, because it was not coordinated nor agreed upon within the ministry or its leadership.

Since Germany’s federal elections in late September, the Greens, together with Merkel’s conservatives and the FDP, have held a series of exploratory talks for a so-called ‘Jamaica coalition’. No other government constellation appears viable for now.

Although all the parties say that they fully accept the climate protection targets laid down in the Paris Agreement, climate, energy, and transport policy have been major stumbling blocks in the coalition talks that are scheduled to end on 17 November. The parties will subsequently decide whether to enter into formal coalition negotiations, which are likely to take several weeks.

“They are at odds over the underlying assumptions for emissions reduction”, a source close to the talks told the Clean Energy Wire. There had been no rapprochement on this issue in weeks, the source added. According to the Handelsblatt newspaper, the Greens’ negotiating partners also doubt that a quick decommissioning of coal plants would be legally justified as this would markedly diminish the operators’ profits. On Tuesday, utility RWE warned a fast exit from coal-fired power generatoin might put a stable electricity supply at risk.

Shutting down Germany’s 20 dirtiest coal plants immediately has been a prominent election demand by the Greens. However, in the second week of November the party signalled its readiness to compromise in the coalition talks. The party softened its demand to completely phase out coal power as well as combustion engines for cars by 2030, saying fixed end dates were not the point but rather to reduce CO2 emissions sufficiently, in line with the Paris Agreement, one way or another.

Analysts and officials said, however, the position of the conservatives and FDP on emissions reduction might be overly optimistic. As things stood today, achieving more than 35 percent emissions reduction by 2020 seems “unrealistic”, said Felix Matthes from the Institute for Applied Ecology, which contributed to the government’s projection report, and already in October pointed out that the gap between the climate goals and the actual reduction of emissions was greater than anticipated.

The projection report’s assumptions, which are based on different scenarios of carbon price development, economic output, and power plant performance, are “partly illusory”, Matthes told the Clean Energy Wire. He argued that Germany’s next government should rather base its policies on a less favourable projected outcome, and plan on reducing emissions further if it was to meet its 2020 goal.

Referring to the stalemate over the interpretation of the emissions data in the coalition talks, Jochen Flasbarth, Social Democratic (SPD) state secretary in the environment ministry who will leave office once a new government has been found, said that “whoever relies on phantasy calculations that make the world seem brighter will end up with empty hands”. He said Germany must cut emissions by another 100 million tonnes by 2020, which can only be done by intervening in the power sector.

*Like the Clean Energy Wire, Agora Energiewende is a project funded by the Mercator Foundation and the European Climate Foundation.