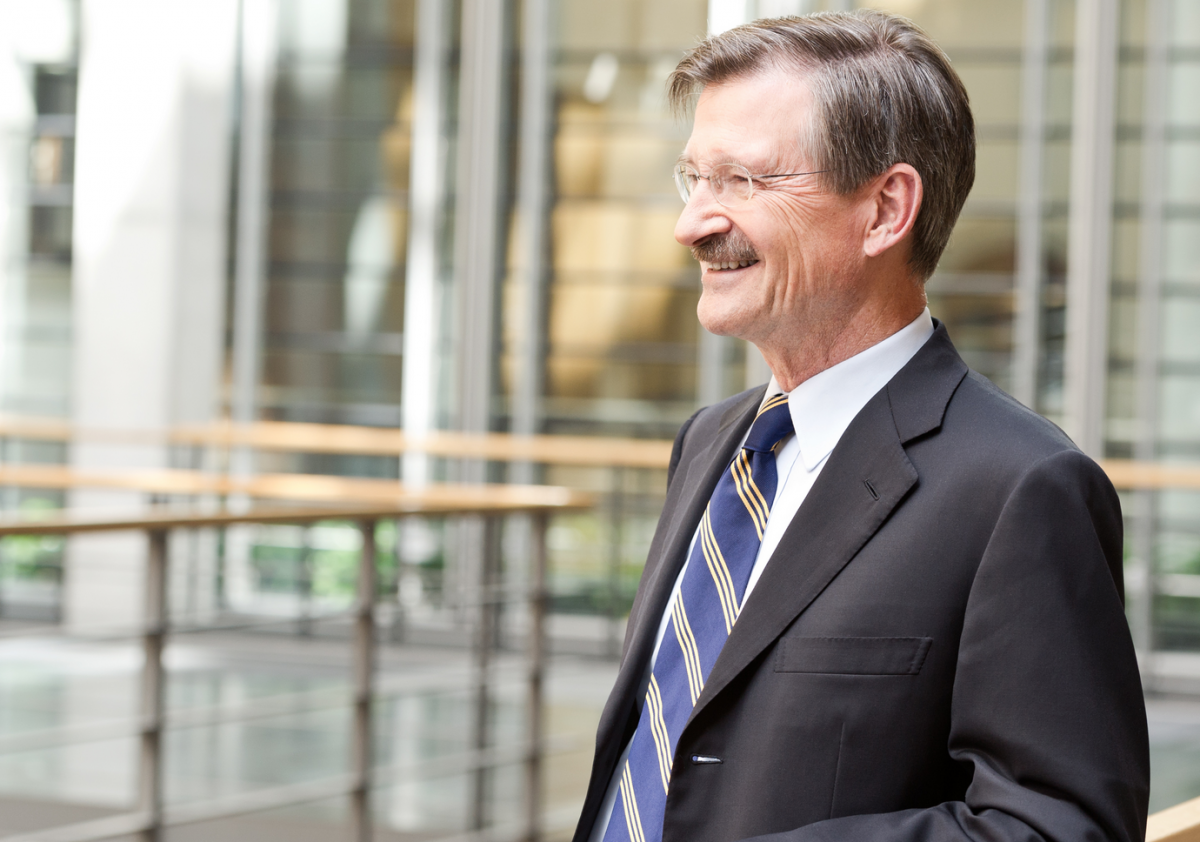 Free Democrat Hermann Otto Solms
No other party has been part of a German federal government longer than the Free Democrats (FDP). They also governed together with Angela Merkel's CDU at the time of the Fukushima disaster and supported the second nuclear phase-out decision in 2011. But in 2013, the FDP did not make it into the federal parliament for the first time in its history. The economic-liberalist party is therefore determined to regain its place in the Bundestag in this year's general elections. Hermann Otto Solms, the party's treasurer and energy politician, tells CLEW about the FDP's energy policy ambitions after September's elections.

Mr. Solms, could you please outline the Free Democratic Party’s (FDP) basic philosophy and attitude with respect to the current state of Germany’s energy transition?

One of our main concerns is that despite the expansion of renewables to more than 30 percent of power generation, Germany’s CO2 emissions have grown rather than declined. Among other reasons, this is due to the fact that exiting nuclear power production had to be replaced by coal-fired power production.

Another aspect are the costs for power customers in the framework of the Renewable Energy Act (EEG), which currently amount to about 35 billion euros per year – 24 billion coming from the renewables surcharge, 7 billion from the power tax and the rest from grid fees and other cost factors. We have to achieve the transition to a market-based system as soon as possible and abolish feed-in tariffs. All energy providers have to engage in open competition, without any precedence. Incentives for building renewables have to come via a tightening of the European Emissions Trading System (ETS), which has to be extended to the heating and transport sector.

But since the EEG-surcharge cannot be undone retroactively and the protection of confidence for investors into the 20-year support period has to be upheld, this would not lower costs immediately. That’s why we also advocate for abolishing the electricity tax and lowering grid fees.

The latest reform of the EEG was already aimed at introducing more market mechanisms into renewables expansion, for example by switching from guaranteed tariffs to auctions. What was missing from this reform?

Doing away with the electricity tax and the EEG-surcharge altogether was missing. Take offshore wind power as an example: last year we saw biddings for a wind park in Danish waters with a support rate of 4.99 ct/kWh. Now, at the first auction for German wind parks we had biddings for zero cents. This shows, renewables can absolutely manage without subsidies. It pinpoints the enormous failure of the energy policy of the German government. Auctions are a step in the right direction but they are not enough. Renewable energy sources have to be targeted at becoming viable at market price levels. This will lead to a situation in which only the most efficient methods will persist.

Well, first off, existing installations are protected until the end of their support period of 20 years. Regarding new installations we’ll see that only highly efficient technologies will have a chance – which of course also depends on their location. Wind power in the middle of the country, for instance, is likely to succumb in this process of concentration on the most efficient methods.

In general, your party does not believe in subsidies and state regulation. Do you think the existing level of renewables expansion in Germany would have been possible without subsidies and regulation?

Supporting renewables was for sure the right thing to do at first, in order to enable a market entry. We’ve always said that. But this does not mean that we need a sustained subsidy system – with a share of more than 30 percent of the power mix, the market entry has been successfully accomplished. What we need now is a selection process that leads to increased efficiency.

Do you think there have been mistakes in the EEG’s design and implementation?

It has happened too soon and too quickly, before we even had appropriate storage and network control technology. A little more time would surely have been helpful. You need to create the right technological conditions before expanding renewables. Postponing the nuclear exit by a few years would have been an option, but let’s not fall back into that debate, that’s over now. Apart from that, it was not very prudent to go it all alone without proper participation from our neighbour countries, which only created problems for them. Strengthening renewables only makes sense in the European context.

A good starting point could be the ETS, which has lowered emissions if looked at on a European level, irrespective of national levels. The ETS should be tightened and, most importantly, also encompass heating and transport in order to close the energy transition gap across Europe. The ETS could trigger the necessary incentives for the use of more renewables.

What other regulations or limitations do you regard as obstructive?

Take the heating sector as an example. The criteria for the construction of new buildings have been made more and more demanding, resulting in a price increase for new buildings and, consequently, a housing shortage. But these criteria do not only boost housing prices, they are also ineffective. Insulation regulations for example often don’t have the desired effects. A critical assessment of this approach is needed here.

Or take the transport sector: As soon as e-cars become competitive, there will be demand. You don’t need a quota. But as long as their range is too low, there will not be sufficient demand. We need competition that fosters development, but it doesn’t make sense to prescribe vehicles that people don’t currently want.

And what if China, rather than Germany, manages  to make e-cars competitive?

We’re not here to protect German carmakers, there’s international competition going on. May the best manufacturer win! Germany might gamble away this opportunity, but I’m sure that we’ll see something coming from the domestic carmakers soon.

But what if German manufacturers opt to cheat instead, as they did with diesel emissions?

Manufacturers are required to abide by the rules. But it’s not fair if emissions are tested under different conditions than those stipulated by the rules. And banning the technology doesn’t help. To me, diesel continues to be a superior technology. It’s efficient, doesn’t need much fuel for long distances, has low carbon emissions and functions very reliably. But as soon as there’s a better alternative, I’ll be the first to change my mind!

The FDP says there is no alternative to conventional power production for the foreseeable future. Does mean you are opposed to a coal exit?

Coal of course causes a lot of CO2 emissions. But you can’t concurrently exit nuclear and coal-fired power production. That has been an illusion from the beginning, especially since renewables are still so badly connected and lack sufficient storage capacities. We’ve opted for an early nuclear exit, which means that coal and gas continue to play a role. We’ll have to deal with it. What’s important now is to improve the connectedness and storage capacity of renewables. Once we can cover the baseload with renewables, we can do away with coal. But in the meantime, supply security is the overriding priority. We’re a high-tech-economy. We cannot afford to have power cuts even just for a few minutes at a time.

And when will that have happened in your opinion?

It will be a smooth transition. It’s important to get grid expansion off the ground and increase storage capacities. You can see the immense productivity potential in offshore wind power. Few people would have guessed that the technology is almost able to provide baseload electricity, with windmills pouring out power for about 340 days a year. I’m confident we’ll see a lot of progress there. As soon as renewables perform the way they need to, coal has to be phased out, that’s the logical consequence. But there always has to be supply security.