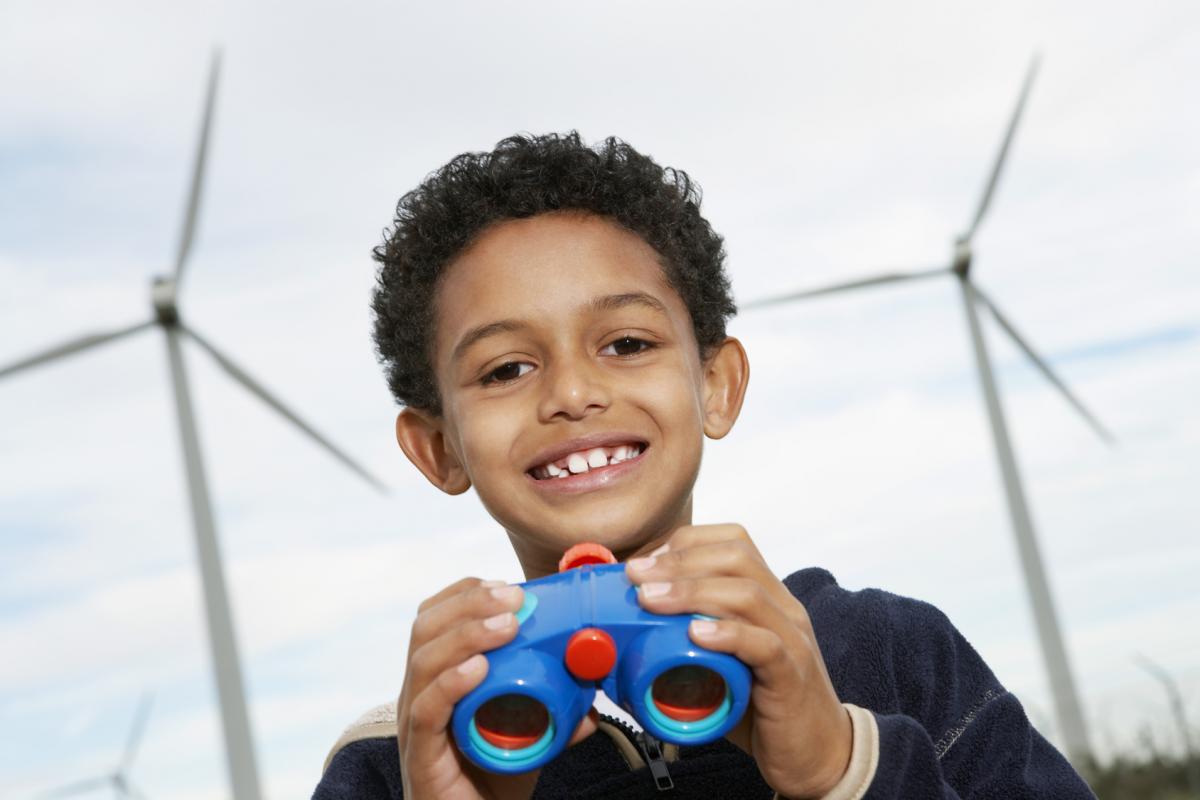 Photo: © Moodboard - Fotolia.
2016 is set to be another eventful year in German energy policy. The Paris climate summit underlined the need to reduce emissions even further, which will ultimately involve painful decisions about the future of coal. A series of crucial reforms for both fossil and green energy is already underway, while the largest utilities’ fight for survival is gathering pace with dramatic restructurings. At the same time, a string of regional elections and the looming general elections in 2017 might reduce the policy scope. The Clean Energy Wire takes a look at the topics on top of the Energiewende agenda.

Reaching CO2 emission targets for 2020 in the wake of Paris

Formally, the climate summit in Paris has brought little change for Germany, but it has increased public pressure on the government to deliver on existing promises. At the heart of Germany’s efforts to reduce CO2 emissions 40 percent by 2020 over 1990 levels is the Climate Action Programme 2020. But the list of measures awaiting implementation is still long. This is why Bärbel Höhn, a member of the German Green party in parliament, recently called the Climate Action Programme a “PR event”.

An emotional debate: How and when to exit coal?

Key for climate action in Germany is the future of coal, and in particular the dirtiest fuel lignite, which still produces almost a quarter of the country’s electricity. The debate resembles the earlier fight over the nuclear phase-out, and is likely to intensify. Patrick Graichen, director of energy think tank Agora Energiewende*, says that “in 2016, the German government needs to address the coal issue. More and more of our power originates from renewable energy, but at the same time we are exporting more and more power from coal to our neighbouring countries.” Graichen reckons Germany needs to close more than half of its coal power plants as early as 2030 to achieve its mid- and long-term climate targets. In 2015, the federal government decided to take about 13 percent of lignite (correct) power capacity off the market and transfer it into an emergency reserve – a plan that could be challenged on the European level in 2016. Yet Environment Minister Hendricks recently said she thinks the country could exit coal in the next 20 to 25 years. The government’s Climate Action Plan 2050, which is due for publication in the summer and already contested by industry, might reveal the government’s longer-term plans for coal. “There will be a lot of discussion about a truly credible exit strategy for coal in 2016,” Carsten Pfeiffer from the German Renewable Energy Federation (BEE) told the Clean Energy Wire.

The political capital to implement change might be running out for Angela Merkel’s third cabinet in 2016. In March and September, five of 16 federal states will elect governments. This often means unpopular measures are off the table because politics, rather than policy, takes centre stage. The March election in Baden-Württemberg will be of particular salience for the Energiewende, since the first Green Prime Minister, Winfried Kretschmann, who owes his election partly to the Fukushima disaster in 2011, is trying to stay in power. However, the conservative CDU is currently well ahead in polls. Also, the build-up to the general election in 2017 will start later in the year. Economic and Energy Minister Sigmar Gabriel, the Social Democrats’ party leader, is under intense scrutiny as he is the likely contestant for the Chancellery. All this makes it harder for the ruling coalition of SPD and CDU/CSU to achieve consensus on energy policy issues going forward.
In 2015, the government took some significant decisions on energy policy: Most notably, the redesign of the power market, the transfer of some old lignite plants into an emergency reserve, and the decision to put major power lines underground in order to make headway with grid extensions. Meanwhile, Germany saw the share of renewable power soar to over 30 percent of consumption.

Anniversaries abound: 2016 will also be the year of looking back

Support for Germany’s Energiewende (energy transition) has its roots in the anti-nuclear movement, and 2016 will be a year for assessing the state of affairs, with important anniversaries ahead. The Chernobyl catastrophe in what is now Ukraine occurred 30 years ago in April. In response, Germany halted the commissioning of new reactors. Five years ago in March, the nuclear meltdown in Fukushima, Japan, led Chancellor Angela Merkel’s government to reverse the extension of the operating licenses of Germany’s nuclear fleet. Eight of the 17 reactors were decommissioned immediately. German media as well as the broader public are likely to revisit both events, as the media often seizes on anniversaries as an occasion for taking stock of the current situation. Moreover, the electricity feed-in act (Stromeinspeisungsgesetz), the precursor of today’s Renewable Energy Act (EEG), will be 25 years old in December.

Support for green electricity will be reformed

Germany’s support scheme for green electricity will undergo crucial reforms in 2016. Abandoning feed-in-tariffs that are fixed by the government in advance, the new Renewable Energy Act (EEG) has been gradually introducing a bidding process for green power producers. Instead of fixed tariffs, companies will compete for support in auctions by submitting their production costs. Generally, this will start in 2017 (except for pilot solar power schemes that already began in 2015 and offshore wind energy, which will be exempt for a few years). Yet the EEG reforms are still in the parliamentary process.

The energy ministry is also planning to tighten its control over the expansion of green energy. According to the current formula, growth of onshore wind will be slowed or sped up, depending on the build-up of other forms of renewable energy. The target is 45 percent renewables in 2025, pointing to a slower expansion than in recent years. For the Renewables Association BEE, this constitutes “a lid” on green energy expansion. “I fear that 2016 could be the year in which the cheapest form of green electricity, onshore wind, is constricted strongly,” says Carsten Pfeiffer. Hildegard Müller, Chairwoman of the General Executive Management Board of BDEW, Germany’s largest utility lobby group, does not agree. “The reform is overdue and we are looking forward to its implementation. But of course, the expansion of wind onshore must go on,” she told the Clean Energy Wire.

*Agora Energiewende, like the Clean Energy Wire, is funded by the European Climate Foundation and Stiftung Mercator.

Grid fees, stability, and a test for European integration

Grid tariffs are on the rise and are likely to continue to do so. This will likely fuel the public debate about the costs of the Energiewende in general, and calls to increase the transparency of how the fees are calculated.  The rising share of fluctuating green electricity also puts more stress on the grid itself. In both 2014 and 2015, the cost of measures to balance the grid doubled to now more than 500 million euros a year, according to grid operator 50Hertz. Yet 2016 could bring some relief, reckons Graichen from Agora Energiewende: “In 2016, the first major grid extension will become fully operational. It connects the northeastern part of Germany with Bavaria in the south.” Security of supply in southern Germany could rise and stress on the system be reduced, he thinks.

On 23 January, Germany’s grid regulator will have to deliver an opinion on a controversial issue: Splitting the joint electricity price zone with Austria. What sounds like a bureaucratic topic is part of a wider debate. Because integration of markets tops the European energy agenda, critics might consider this a setback resulting from Germany’s eagerness to expand renewable energy too quickly. Grid extension, most parties agree, is key to making the network compatible with an ever-rising share of renewable power. But progress has been set back by the political decision to build more underground cables, which is also costly. The grid development plan is being reviewed in 2016 and will have to take account of that. Also, distribution grid operators are anxious to get more funding. Hildegard Müller of BDEW wants “better regulation to keep the regional and local grids up-to-date and enable them to be sufficient for the challenges of the Energiewende.”

The goal of Germany’s government to have one million electric vehicles on the road by 2020 has already “failed,” according to a recent statement by consultancy Bain & Company. At the end of 2015, e-cars will number around 50,000, putting Germany far behind schedule in fulfilling this part of its wider climate strategy. “The pressure on the German government to finally implement further measures to help support the sales of electric vehicles will rise,” says Carsten Pfeiffer of BEE.

Also, progress in energy efficiency is slow – many environmental organisations call this area the “problem child” of the Energiewende. 2016 will be a key year for implementing measures in the National Action Plan Energy Efficiency (NAPE). Patrick Graichen of Agora Energiewende says: “Increasing efficiency is the other top priority for the government, as there is a growing gap between the efficiency target for 2020 and real development: While consumption has risen by some five terawatt hours in 2015, we need to reduce our annual consumption by 40 terawatt hours by 2020.”

2016 will be a crucial year for Germany’s largest utilities, which have seen a drastic decrease in market value in 2015. Facing multiple challenges, such as a low share of renewable energy in their portfolio and the obligation to pay for decommissioning nuclear power plants and disposing of toxic waste, the two top dogs, E.ON and RWE, are both restructuring. E.ON is spinning off its fossil fuel and trading business on 1 January into a new company called Uniper. RWE will place its renewable energy and grid divisions into a separate entity by the end of 2016, selling parts of it to raise new capital. Gerard Reid, co-founder of London-based consultancy Alexa Capital, says it will “not be easy to change the direction of a supertanker. It takes time, effort, money and courage.” Amid increasing challenges from new technologies such as local storage, he says he would not bet on their existence in the year 2020.

Jakob Schlandt is a freelance contributor to the Clean Energy Wire. He also writes for Europolitics and BIZZ energy today and his own blog http://phasenpruefer.info/.