Rising temperatures associated with the man-made effect on global climate are likely to shift the bulk of Europe’s power demand from the continent’s north to the south, German research institution Potsdam Institute for Climate Impact Research (PIK) has said in a press release. A joint study by German and US researchers had shown that warmer temperatures are likely to “shift electricity demand from countries like Sweden or Norway to countries like Portugal or Spain”, and also change seasonal peak load from winter to summer, PIK says. The reason for this shift is that high temperatures in the south will result in an increased use of cooling systems, “which in most cases requires a lot of electricity”.

German Chancellor Angela Merkel wants to “examine all other options” before making a final decision on hardware retrofitting for diesel cars, she said in an interview with tageszeitung (taz). “If I put another 1,000 to 2,000 euros per car into old technology and the industry has to muster between 10 and 20 billion euros for that, which it cannot put into the development of new technologies – is that an investment that the state should support?” asked Merkel.

See a CLEW article on the Diesel Summit’s results and a CLEW timeline of the dieselgate affair for background.

The future of the internal combustion engine and car manufacturing in Germany will be central topics at the International Motor Show (IAA) 2017 in September, said German Chancellor Angela Merkel during her annual summer press conference in Berlin. “How do we get modern drive technologies […] without neglecting the combustion engine?”, asked Merkel. The software updates and buyer’s bonuses offered to customers switching away from old diesel cars are “not sufficient” to improve air quality in German cities so that driving bans can be avoided, said Merkel. She aims to add “another element” to the solution at a meeting with some of the most affected municipalities on 4 September. The chancellor wants to turn these cities into clean mobility leaders. Asked about Germany likely missing its 2020 climate targets, she said that “diesel cars are not the issue when it comes to CO₂ emissions”. 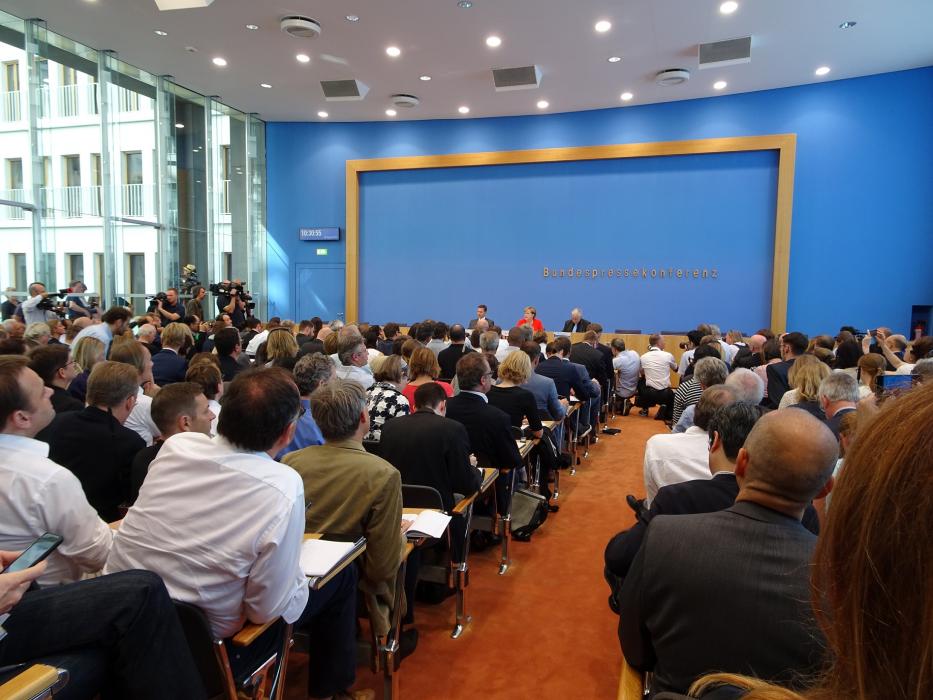 For background, read the CLEW article Why the German diesel summit matters for climate and energy factsheet The debate over an end to combustion engines in Germany.

Many German wind power projects that appear to be owned by citizens’ energy cooperatives can be associated with the major wind power planning company UKA, German national TV station MDR says in an article on its website. According to MDR, UKA is Germany’s second largest wind park planner, which has assisted in founding 40 citizens’ energy cooperatives across the country. These have submitted bids in onshore wind power auctions with great success. “Is that really the kind of citizens’ energy desired by the state?”, MDR asks. UKA argues in a letter addressed to MDR that most citizens’ cooperatives lack the resources needed to successfully take part in auctions. However, Germany’s Federal Grid Agency (BNetzA) now intends to examine whether the citizens’ wind power projects that succeeded in the second round of auctions have really met the criteria to be considered citizens’ projects, MDR reports.

See the CLEW factsheets High hopes and concerns over onshore wind power auctions and From survey to harvest: How to build a wind farm in Germany for more information.

“Traffic can be steered with money”

Germany should not ponder diesel bans, e-car quotas, and other interventionist policies to achieve the transformation of its transport sector. Instead, it should consider how car traffic volumes can be reduced altogether, Martin Kesternich and Martin Achtnicht write in a guest commentary for Zeit Online. “The true reasons for a high concentration of pollutants in cities are congested roads and high traffic volumes”, the traffic researchers say. The consistent application of flexible inner city toll schemes, coupled with a CO2 floor price that also covers the transport sector, would be a much more efficient way to reduce emissions and improve air quality than prescribing or prohibiting certain technologies, they argue.

Germany needs a “reasonable readjustment” of its energy transition to get a grip on the “costs that are out of control”, Christoph M. Schmidt, head of the German Council of Economic Experts (Wirtschaftsweisen), says in an article on Focus Online. “With its current detail-oriented changes and its planned economy approach, the country cannot achieve a full energy transition without massive welfare losses”, Schmidt argues. In order to avoid “further rises in costs”, the government ought to introduce more market principles, and refrain from launching an Energiewende fund that “passes the costs of future renewables expansion on to future generations”.

See the CLEW factsheet Germany ponders how to finance renewables expansion in the future for background.

“BASF and Gazprom have to be patient“

It will still take some years before the investors in the world’s largest chemical company, Germany’s BASF, can expect profits from a deal concluded with Russian Gazprom in 2015, writes Bernd Freytag in Frankfurter Allgemeine Zeitung. In an asset swap, BASF had left its subsidiary Wingas’ gas trading business to Gazprom in exchange for gas production licenses in Siberia. However, the exploitation of these gas fields is delayed due to uncertainties caused by lower gas prices and US shale gas exports, writes Freytag.

For background, read the CLEW dossier The Energiewende and its implications for international security and the CLEW factsheet Germany’s dependence on imported fossil fuels.

The Green election programme would demand a lot of possible coalition partners after the elections, such as the coal exit and the phase-out of the combustion engine, said Schleswig-Holstein state energy minister Robert Habeck in an interview with daily Der Tagesspiegel. “It can be as different as night and day, whether the Greens are part of government. Compare the coalition agreements from North Rhine-Westphalia and ours [Schleswig-Holstein] – there, the energy transition and climate protection is done, here the exact opposite. One wouldn’t think that the same party signed such conflicting agreements. And where’s there difference in the colour combination? In green,” said Habeck.

For background on the September general elections, read the CLEW dossier Vote2017 - German elections and the Energiewende.