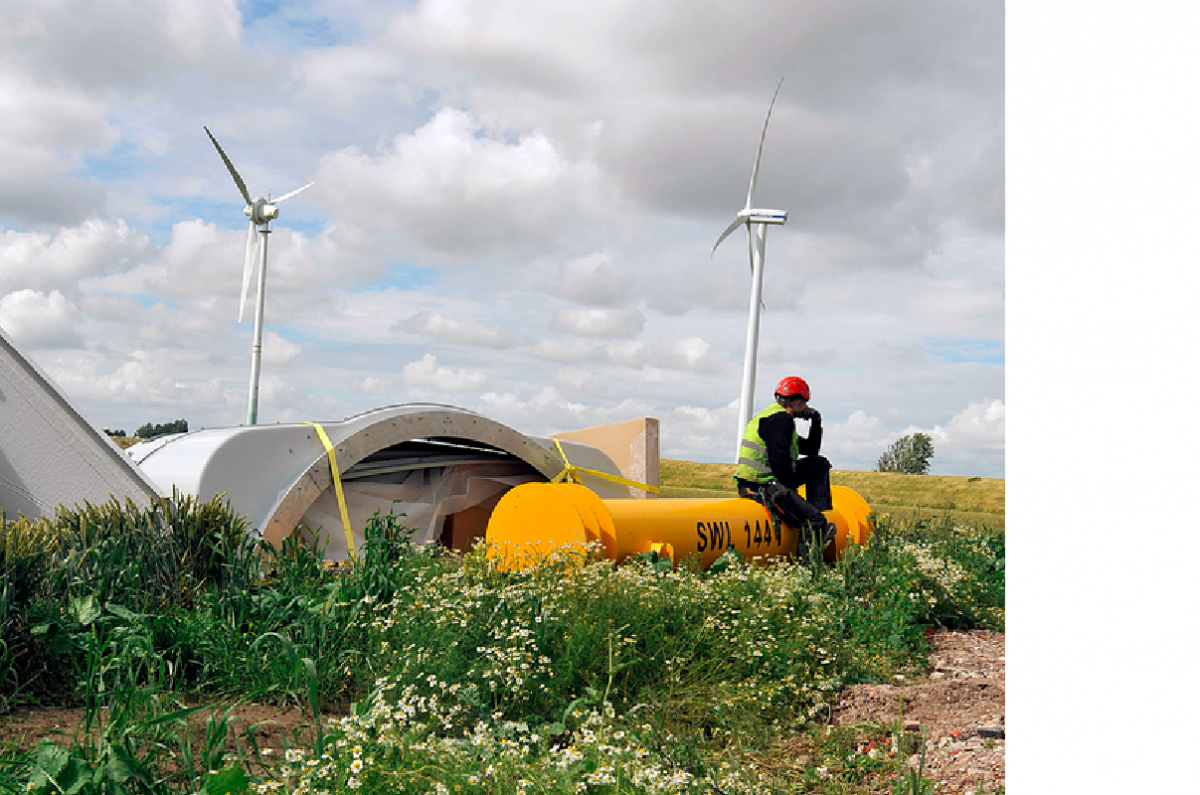 Wait and see: construction of about 2,000 new wind turbines in Germany is on hold due to bureaucratic hurdles. Photo: BWE / Tim Riediger

The expansion of Germany's most important renewable energy source, onshore wind, has almost come to a standstill. Bureaucratic hurdles and resistance to new turbines from different interest groups mean that only a handful of new installations could be added so far this year, putting Germany's renewable power goals and thereby also its climate targets at risk. The economy and energy ministry will hold a national summit on wind power to break the impasse but energy industry and conservationist groups ahead of the meeting say that the government itself holds most of the cards to ensure that onshore wind power is not choked off in Germany.

Several energy industry and civil society organisations have urged Germany's government to improve the political conditions for onshore wind power expansion in the country, which is a cornerstone of Germany's energy transition and supposed to one day become its prime energy source. Ahead of a national "Wind Power Summit" called by economy minister Peter Altmaier for 5 September, observers are worried that wind power expansion in Germany grinds to a halt as thousands of new turbines are locked in licensing procedures and wind power tenders have repeatedly failed to generate sufficient interest in bidders to match the auctioned volumes.

"There are many reasons why expansion currently is in the doldrums," said Katherina Reiche, head of the German Association of Local Utilities (VKU), which represents the operators of about one fifth of all onshore wind power installations in the country. Primarily problems in designating building land and in licensing turbine projects are holding back expansion, Reiche said. The VKU has therefore called for a comprehensive wind power acceleration and acceptance programme, which would oblige Germany's federal states to reserve about two percent of their total area for wind power, significantly cut the average timespan for turbine licensing and anchor climate action in Germany's environmental protection law to prevent conflicts with species conservation.

About 30,000 turbines are already operating across the country. Wind is by far the most important renewable power source, which at times already produces over one third of all electricity. But after nearly two decades of largely constant capacity growth, onshore wind power expansion fell to the lowest level since the year 2000 in the first half of 2019. Germany's government has set its renewable power goal to a share of 65 percent in electricity consumption by 2030, which according to the VKU would translate into an annual capacity expansion of about 5,500 megawatts (MW).

However, in the first six months of 2019, the net expansion of merely 35 turbines means that less than ten percent of this volume has been reached. About 10,000 MW of new turbine capacity, the equivalent of roughly 2,000 turbines, is currently put on hold due to bureaucratic hurdles, including objections from air traffic controllers, the German army and citizen and conservationist groups, who say wind turbines threaten the value of their homes as well as local bird and bat species. According to DIHK, Germany's chamber of commerce, five new wind turbines every day would be needed to reach the 2030 renewables target.

Limits to growth: Resistance against wind power in Germany

From survey to harvest: How to build a wind farm in Germany

"An energy system based on renewable power sources comes with greater land use. That's a fact," Reiche said. She called on the federal government and the states to come to a joint solution regarding minimum distances and land designation. "I expect minister Altmaier to show us a regulatory corridor that allows the needed expansion," she said, arguing that progress in turbine technology already means that much more energy can be generated by fewer turbines in the same area through so-called repowering measures, where older turbine models are replaced with newer ones on the same location. "If we miss our goals, it's perhaps the wrong way to announce more ambitious ones," Reiche said, arguing that specific legislation is now needed much more than political signals to reach Germany's climate targets. Reiche added that Germany's planned coal exit law could only function in lockstep with renewables expansion. "These laws have to be introduced in parallel," she said.

Simon Schäfer-Stradowsky, lawyer and head of the Institute for Climate Protection, Energy and Mobility (IKEM), said the original purpose of turbine licensing procedures - to guarantee legal certainty for investors - would no longer be served in the current situation. "Many projects are floating freely in thin air right now," Schäfer-Stradowsky said, also arguing that a comprehensive legal approach is necessary to get wind power expansion back on track.

A possible Wind Power Expansion Act could, for example, define the "supra-regional" importance of wind power for Germany as a whole, meaning that municipalities themselves would no longer have to give permission for every turbine and that licensing would be dealt with at the federal state level. "Policymakers have to get back into the driving seat here" and projects should no longer be caught in judicial impasses, Schäfer-Stradowsky said. He added that greater acceptance for new turbines among local residents could be achieved if models that let citizens participate financially in cooperatives or through their municipalities are strengthened. Also, other solutions that include better sector coupling or Power-to-X technology and allow a greater use of wind power for local economies could help reconcile residents with renewable power installations in their neighbourhood, he added.

Energy industry lobby group BDEW and the German Wind Energy Association (BWE) have teamed up with environmental NGOs, including Greenpeace and Germanwatch, to present a joint 10-point plan for onshore wind. They called on governments at all levels – federal, state and municipal – to face public acceptance issues and actively "make the case for the need to use onshore wind energy as a contribution to climate action."

Simone Peter, president of the renewables association BEE, said her organisation expected "tangible results" from the wind summit. Experience in the photovoltaic and bioenergy sectors in recent years has shown "how serious cuts in expansion are for the sector if politicians hesitate for too long to take countermeasures." Germany needs a roadmap which includes both an ambitious renewables expansion plan and the climate action legislation promised by the government. "Every kilowatt hour of clean, renewable energy is needed to combat global warming," Peter said. While the failure to meet the 2020 climate targets was assured, not even the 2030 targets could realistically be reached with the current ‘business as usual’ approach. "The federal government must act immediately."