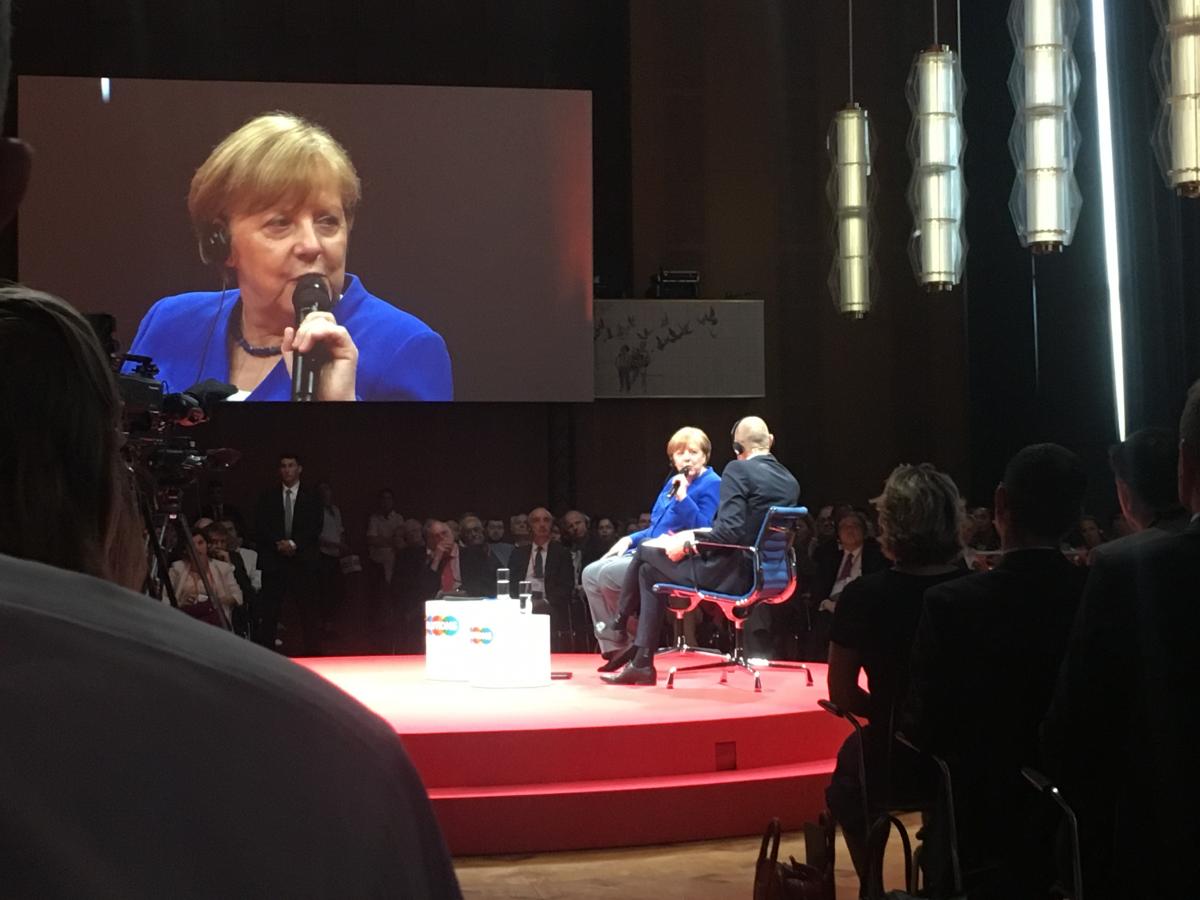 Merkel being interviewed at the Gloabl Solutions Summit in Berlin. Photo:CLEW
In a plea for global cooperation and the rule of law in international relations, German Chancellor Angela Merkel urged the signatories of the Paris Climate Agreement to honour their commitment and implement the agreed emissions reduction. Speaking at a summit resulting from Germany’s G20 presidency last year, Merkel said abandoning completed contracts weakens global stability and makes solving “humanity’s challenge” of climate change more difficult. But while the chancellor preaches international climate diplomacy, efforts to curb carbon emissions at home in Germany have stagnated for some time.

In her speech to an audience at the Global Solutions Summit in Berlin - a forum launched in the framework of last year’s G20 summit in Hamburg that brings together think tanks, businesses, policymakers and international organisations from around the world - Merkel praised multilateralism and the rule of international law as the only viable tools for tackling problems such as  “humanity’s challenge” of climate change or rapid digitalisation. “Seizing the opportunities of globalisation and limiting its risks – this is best done together,” she said.

Germany’s former role as a climate action pioneer has suffered internationally during the previous term of “climate Chancellor” Merkel as it struggles to achieve self-imposed climate targets and to adequately support European emissions reduction efforts. Its efforts to reduce CO2 output have faltered in recent years and it might have to buy its way out of EU climate goals.

At the summit in Berlin, Merkel warned that “global thinking and solution seeking are being challenged by some, to say the least”, arguing that multilateral approaches are always more tedious and less enthralling than national solutions. “However, there’s nothing better than the multilateral approach,” Merkel said. She argued that international law and institutions are weakened if completed agreements are no longer supported. She insisted that it is of paramount importance for the whole world if a country like China abides by the rules of the global economy. “It takes optimism to surmount the global problems of our time,” she added.

Merkel said that, despite all its flaws and criticism, the Hamburg summit had been a success. While not bringing complete unanimity on climate action, negotiations in Hamburg achieved that all member states except the USA remain in the Paris Agreement. The 19 other countries were “determined to implement the Paris Agreement”.

At the same event, German environment minister Svenja Schulze from the SPD said the G20 had originally started as a gathering to discuss financial affairs but now “could not be thought of without climate action and sustainability” as core agenda topics.

She said investments in climate protection and sustainability now had become “the best economic policy” and that the private sector had to be encouraged to ramp up its activities. “We need to break new ground. Market mechanisms like the emissions trading system accompanied by social security measures,” Schulze said.

In an answer to a recent parliamentary inquiry by the Green Party on Germany’s willingness to pick up a demand by the European Parliament to increase the EU’s 2030 targets for energy efficiency and renewable energy share from 27 to 35 percent compared to 1990 levels, the government said it has to “examine” how much it can “make concessions to the European Parliament’s proposal”. Germany is currently on track to widely miss its own 2020 climate target of reducing emissions by 40 percent.

The new government has said it will ensure that the 2030 target of reducing emissions by 55 percent is reached. Environmental NGOs say a rapid phase-out of coal-fired power production is central to achieving the cut - but the commission in charge of managing the “coal exit” is likely to emphasise economic stability and jobs over emissions reduction.

Moreover, Germany’s emissions in the transport sector have actually increase since 1990. The country has been heavily criticised for preventing tighter vehicle emissions limits at the EU level to protect its mighty car industry. 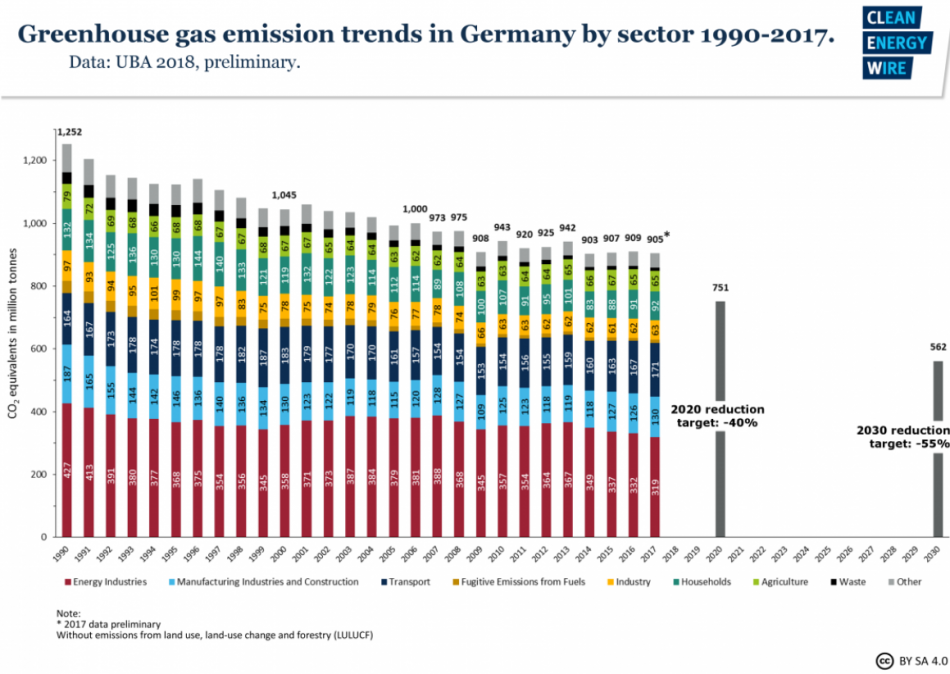